Ken's step-brother and his wife run a cruise club out of Salisbury, MD. They just spent a week cruising in Alaska with their kids Ryan & Sam, along with 100 other members of the cruise club. (One day I want to do that cruise too!) They flew into and out of Seattle but disembarked out of Vancouver BC. Tonight they dined at Buco di Beppo which is a place that can handle HUGE groups and the food is great.
Unfortunately they had planned to do some sightseeing as a group in Seattle but were delayed 4 hours at the Canadian border due to volume of people passing through today. That is just crazy. Didn't those people just host an Olympics or something? At any rate, they made it right on time for their 5 pm reservation and we all dined together. It was great to see the family and I didn't know the boys would be with them this trip. Sidney also worked her magic on everyone she could make eye contact with and cast a spell on.
It was a shame it was so brief but we were grateful for the time spent. They all fly out on a red-eye for Baltimore tonight.

Thanks again to Kelly and Tracy for inviting us to dinner and for the awesome leftovers (on account we are the only locals of the group).
Safe travels home. 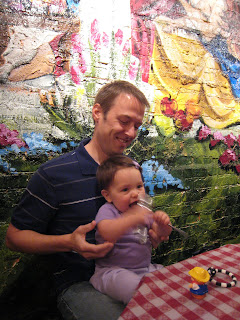 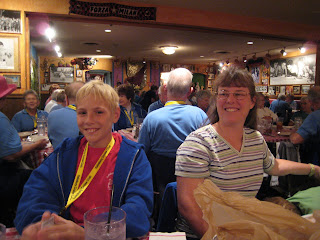 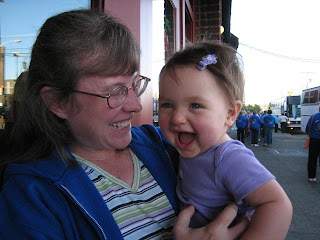 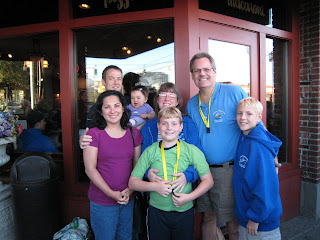