This place was amazing. 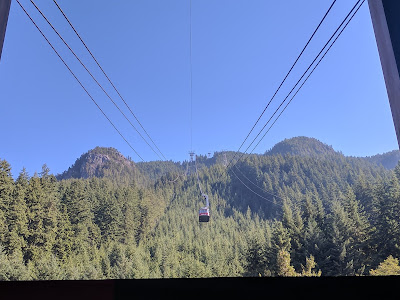 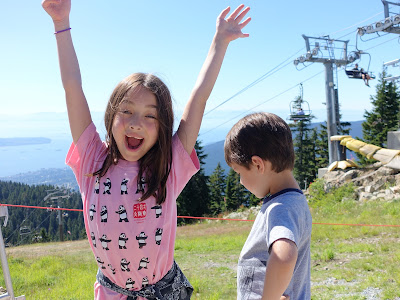 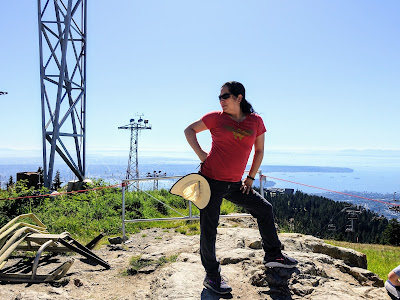 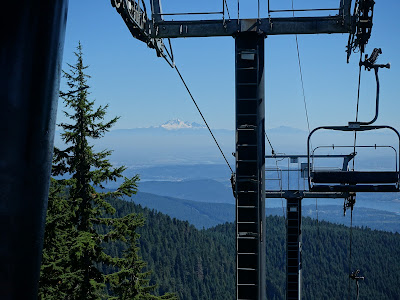 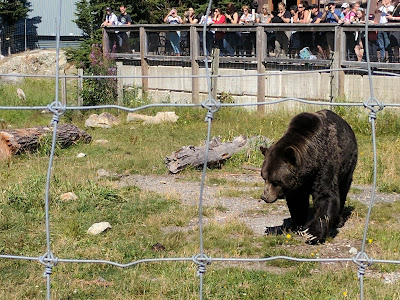 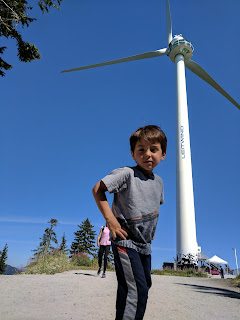 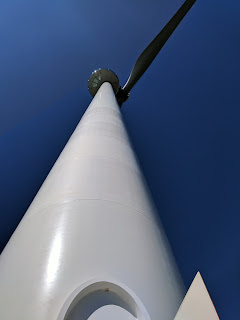 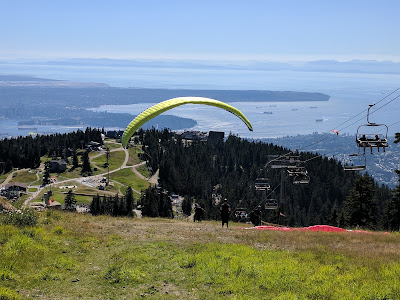 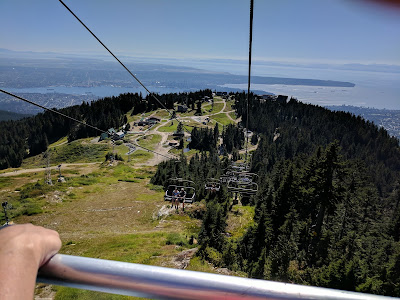 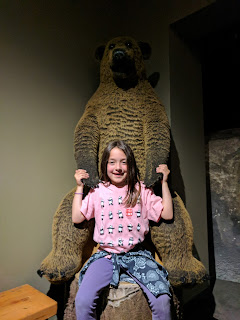 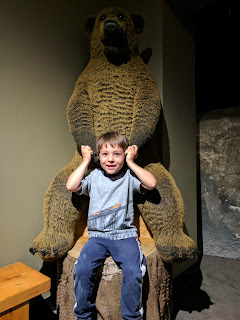 From our recent trip to Canada: The Monty Python song used to be the first thing to come to mind when I'd think of 'lumberjacks.' But now...have you ever seen a lumberjack competition? OMG, it's absolutely delightful! The suspense. The danger. The athleticism. LOVE IT. 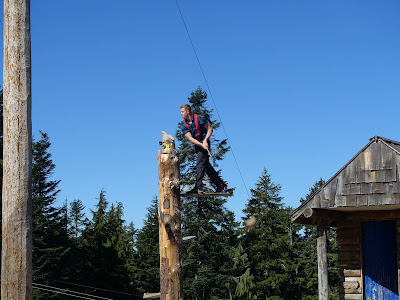 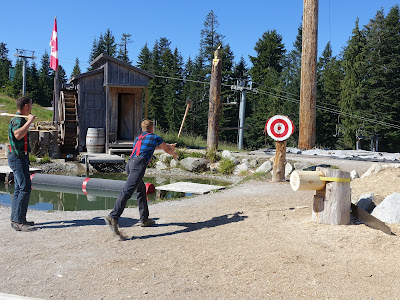 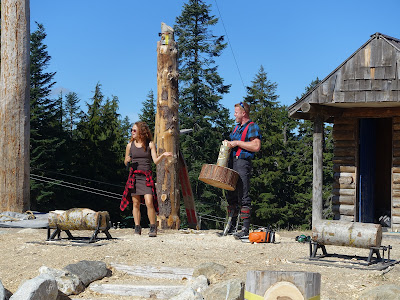 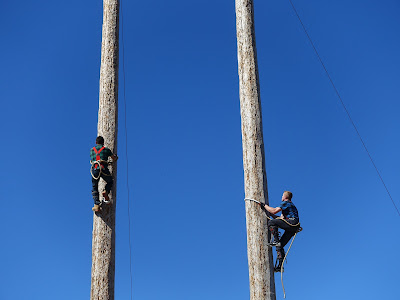 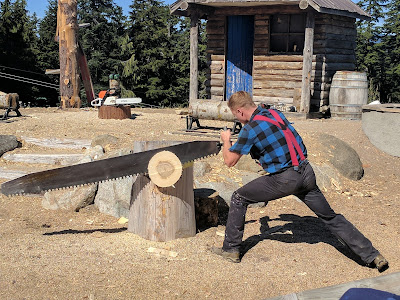 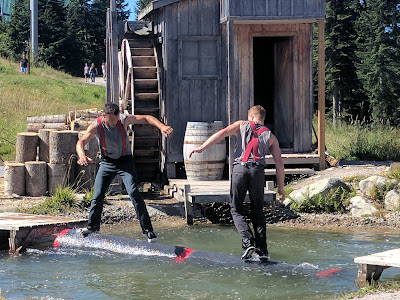 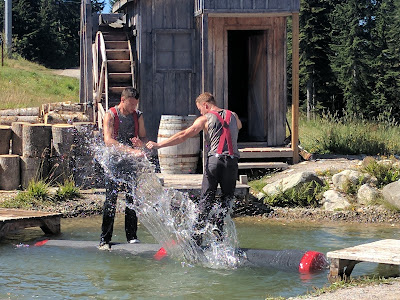 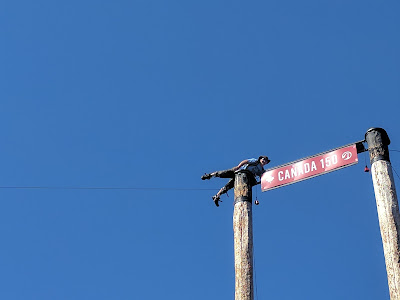 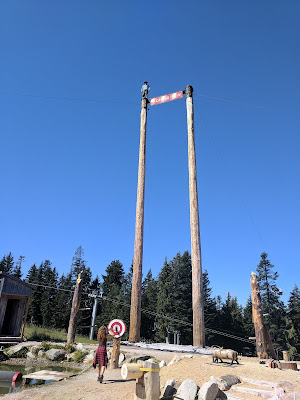 Having not spent much time up in Vancouver BC before and having no good reason for avoiding it, we packed up the kids and headed north this last week. It's shocking really, given the proximity, wealth of activities/attractions and just the international cosmopolitan allure that we had not thought of this plan sooner. Additionally the weather was *perfect* in 70/80 range unlike the rest of the west coast which is in the 90/100 range.

A week away won't fix the government or make the struggles of this country go away, but it does push a reset button (or at least pause) so the soul can recoup. But doing so in Canada, especially Vancouver, where their accent is so similar to our own, doesn't even feel like we're in a foreign country. Sure everything is in 'metric' and there is an extra 'u' sometimes (like favorite vs. favourite) and they go to the Washroom (not the Restroom or Bathroom) but the best thing is their money. It's super futuristic and made of polymer plastic so that coupled with their dollar & two dollar coins, a favorable exchange rate to the US dollar and having gotten rid of the absolutely worthless Canadian penny--throwing tourism money at them is easy and enjoyable. 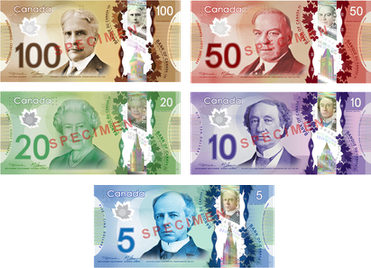 With the children, we made sure we did things that they would enjoy and got us out and about. And walking around was pretty entertaining. Take for example the Lamborghini Batmobile with a parking ticket that we happened upon. Won't see that in Seattle!


Science World!
Their science center is very impressive in terms of what variety of exhibits they have in addition to the amount of hands on opportunities. Maybe it's the Canadian sensibility or more money to put toward education--don't know. But they also don't sugar coat stuff either. There was a whole section on how babies are made and it even acknowledges the existence and intricacies of (gasp) sex. I like that frankness about the truth of science and the lack of unfounded pearl-clutching about the topic. Another area of the museum featured many kinetic, Rube Goldberg-like contraptions that engaged the kids for long spans of time. It's really a great place to spend the day with a good deal of fun and learning and if you have a membership already to the Pacific Science Center (or many other ASTC science museums) you can get in free. 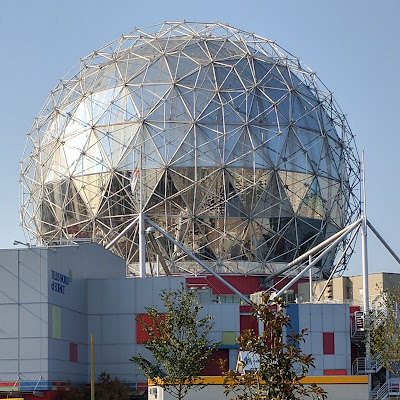 An undisputed crown jewel of Vancouver is it's picturesque and vibrant Stanley Park. It's packed with a bunch of trails, beaches, play areas, nature stuff and gorgeous views. There is a seawall trail that runs the perimeter of the entire park and is roughly 5.5 miles. We brought the kids' bikes up with us and rented a few for ourselves. I personally loved the 7-speed Trek Cruiser that I rented and might even consider getting one in real life for (gasp) riding around Seattle. But most impressive was that the kids did the whole ride without whining. A stop for lunch and a few stops to look at stuff were also part of the winning strategy. 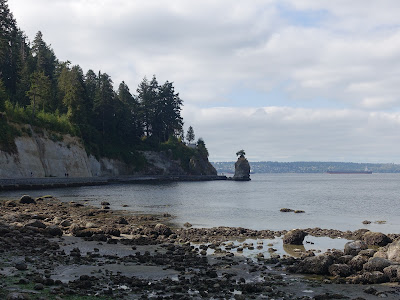 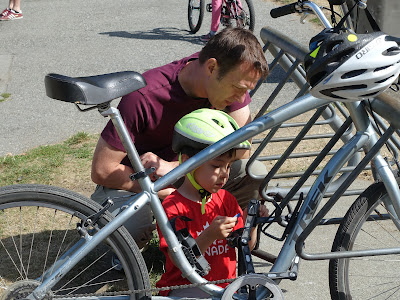 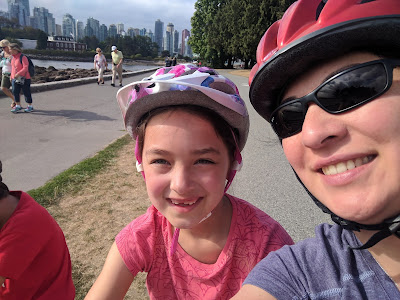