Game of Thrones should be one of the cult shows I watch.  It has all the makings of a favorite and with the wave of popularity it's enjoyed, I'll admit I've felt a bit left out of the cool geek crowd. I do love fantasy worlds like Lord of the Rings. The early descriptions of Game of Thrones noted a sword-swinging, intrigue/adventure tale with dragons and British actors talking to each other while riding horses--it sounded so promising!  Okay sure, there was also vengeance, sadism, nudity and sex to spice it up but everyone could use a little more of that I suppose.

Well we didn't have HBO and the premiere of this show coincided with the birth of my firstborn. But I started hearing from Facebook friends, blogs, podcasts and articles in popular culture about some of the details of this show. Incest? Gory torture and death? Beyond gratuitous nudity and sex scenes? Rape? Blame the postpartum hormones or my upgraded respect for the value of a life--but my tolerance for all that crazy sh*t was about as strong as my tolerance for alcohol (decreasing over time and not that high to begin with).

Over the next few years, Game of Thrones (the show) came into it's own with some of the most brutal and explicit visual storytelling.  People couldn't stop talking about it. In a state of perpetual hesitation, I wanted to be a part of a cultural phenomenon, but I just couldn't do it. Yet I felt its power. I mean, I didn't even follow the show and I felt the waves of devastation after the Red Wedding. The night that episode aired, my Facebook feed flooded with aggrieved despondency.  So when I found out more details about the Red Wedding and what happened to some specific characters--especially having just given birth to my second child--I was all, "NOPE." Right then, like a Vegas dealer at the end of her shift, I clapped my hands together and said, "I'm out." I just can't bring myself to keep horrific images like that in my head no matter how great the story.  Seriously, I even had to stop watching Breaking Bad when <spoiler alert> Jane shoots up heroin, begins to choke to death on her own vomit and Walter just stands there, watching her die.  It was something about that scene, probably having to do with being a mom and Jane being someone's little girl.  Anyway that was too brutal.  And Game of Thrones, from all that I heard and what little I'd seen, was too.

Well last Sunday on Game of Thrones, unless you were under a rock somewhere, the news of a rape of a major character tore through the Internet. Yet that particular rape was not in the book so it took on a strange tenor.  There was so much chatter about this scene that I felt inclined to find the clip, read multiple editorials and write my own post on a show I don't even watch. It's because I have noticed, as have others (check out this amazing piece by Matthew Wallace), that TV and movie writers tend to use rape to just sensationalize and escalate stories.  Even my much beloved Downton Abbey had a terribly handled rape plot line this year and it sparked a reaction.

Like it or not, the majority of the writers and directors for TV shows like this are men. It doesn't mean they can't address and explore something as prevalent, damaging and regressive to women as rape but, too often it's used as an ingredient to spice up an existing story. It's also something that if done improperly on a show can make it seem sort of "exciting."  When you look at the Game of Thrones scene from last Sunday, it's shot in a manner that could make it seem less terrifying and more, dare I say, voyeuristic.  The ladies of The Mary Sue also had an in-depth discussion about this too.  They make some great points about not needing to use rape just to communicate how dysfunctional a relationship is or increase shock value of a show. Which leads me to wonder if this show (and others like it) are reflecting a trend that brutality is a necessary component for praiseworthy and cutting-edge entertainment. And in doing so, does that desensitize or perpetuate the acceptance of brutality (in this case, rape) in real life as a status-quo?  This above all else worries me most...
at 11:30 PM No comments:

I've been 40 for a little over a month now and I'm still getting used to that "4" at the beginning.  But do you know the best way to prove that you're still young at heart?  Take unnecessary risks with 9 brave friends.  Here we are pushing boundaries and getting out of our comfort zones last Sunday at Adventura Aerial Park in Woodinville.  I shot the video with my GoPro Camera secured to my Chesty harness.  I put the 8 minute video together after wrestling with the editing software.  Feel free to revel in the magic...

Here are also some still pictures of us on the course and at the dinner after,
taken by Sarah Waller, Mika Waller & Sean Testa. 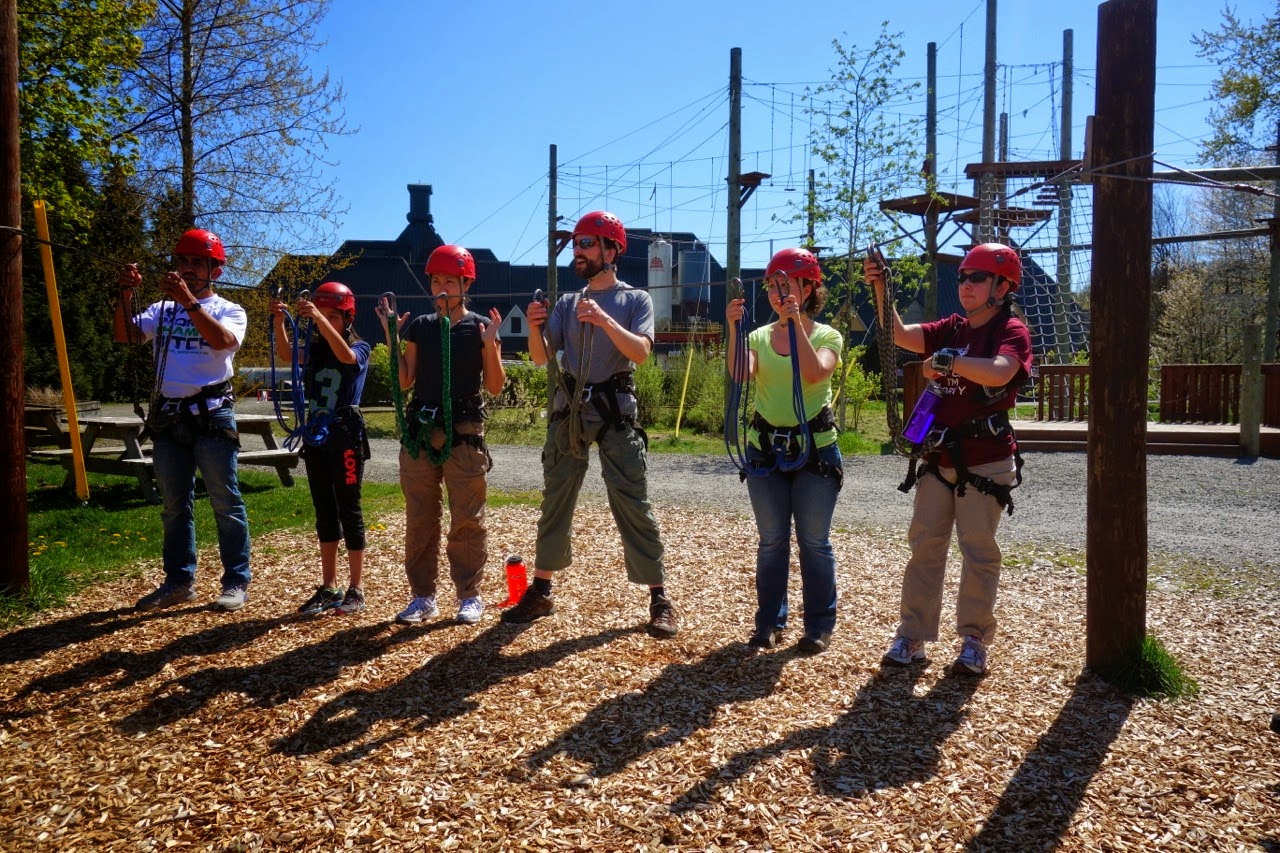 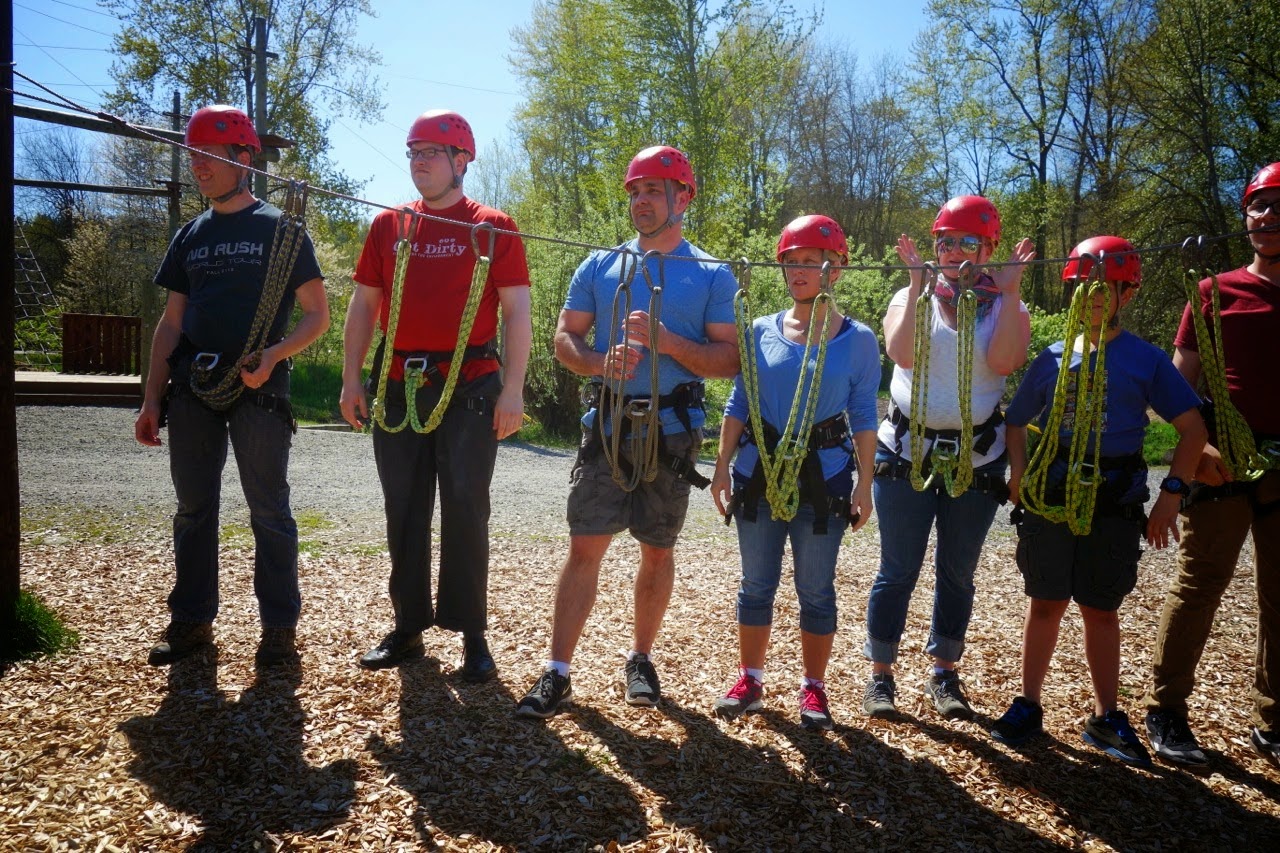 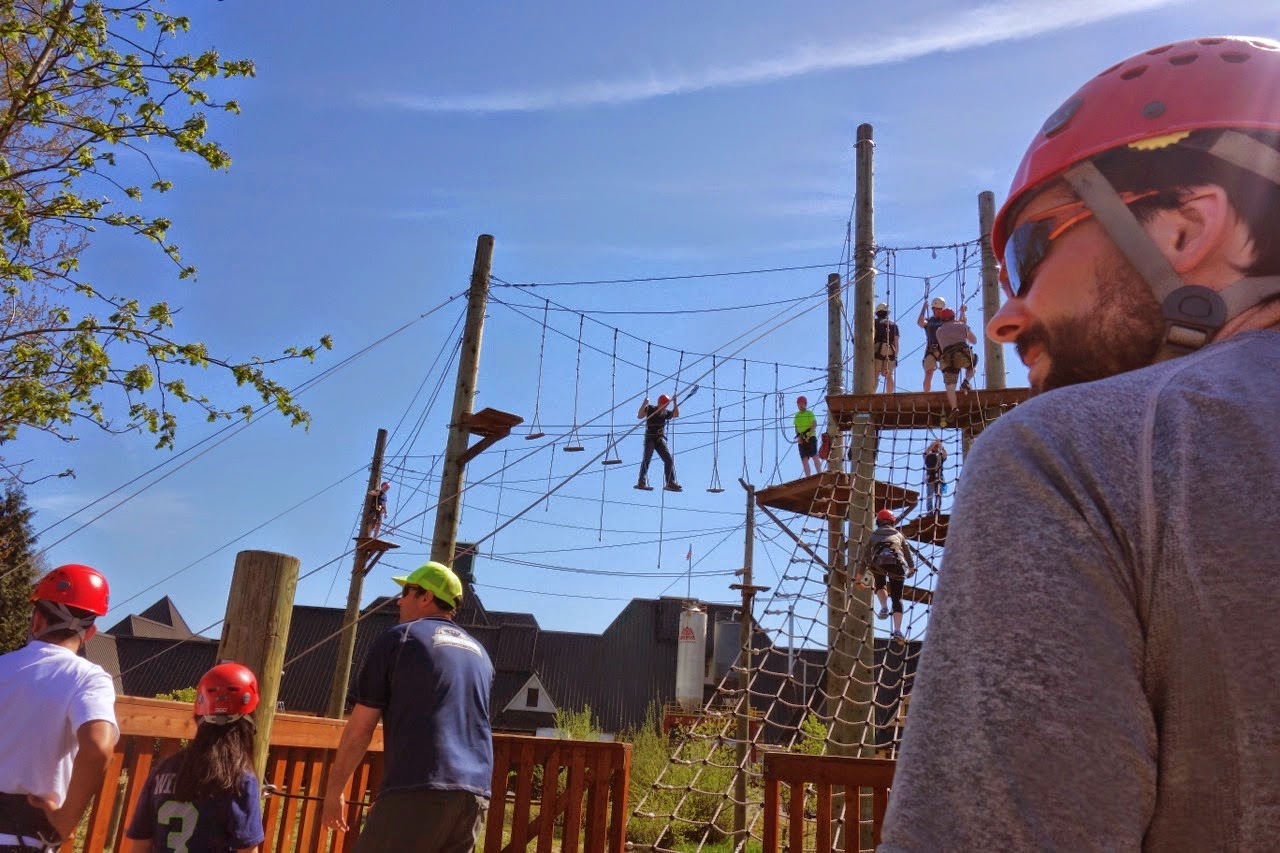 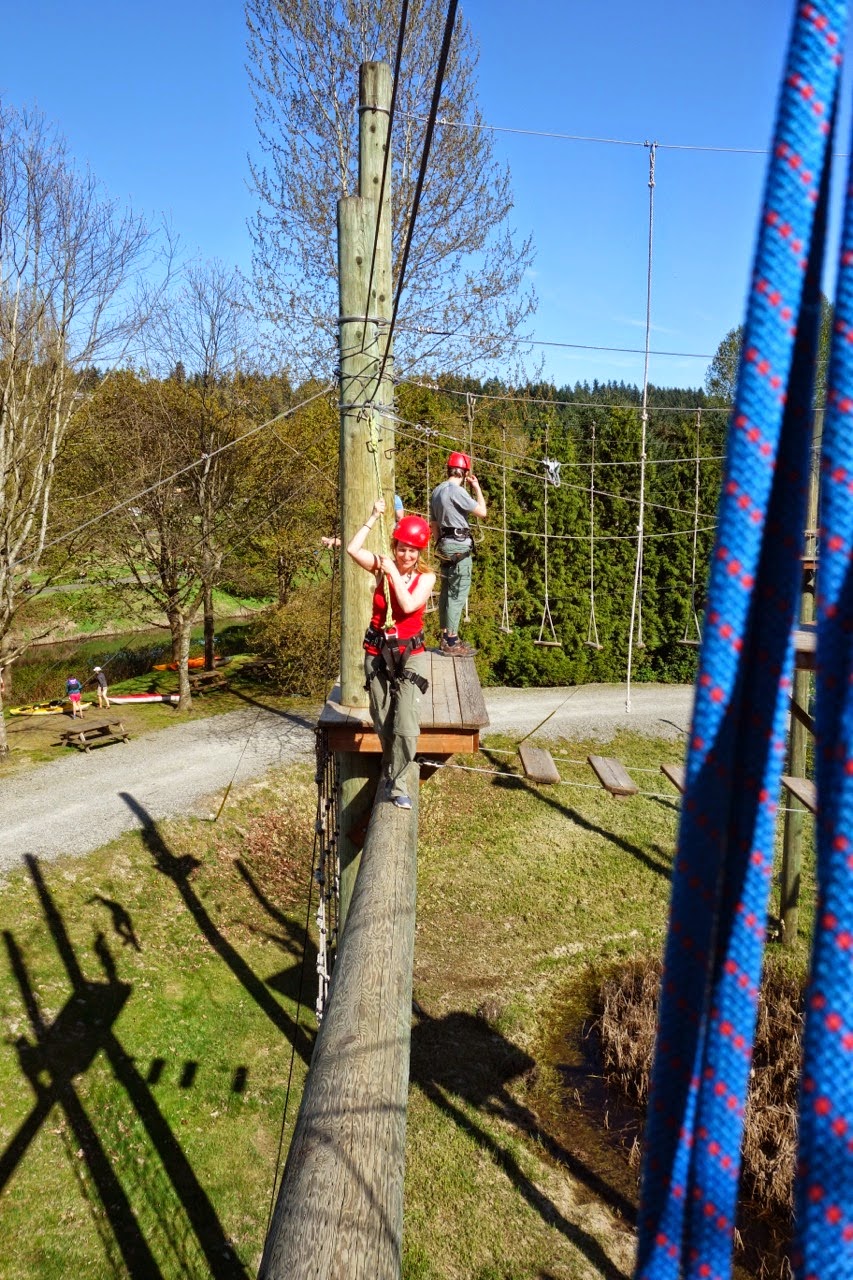 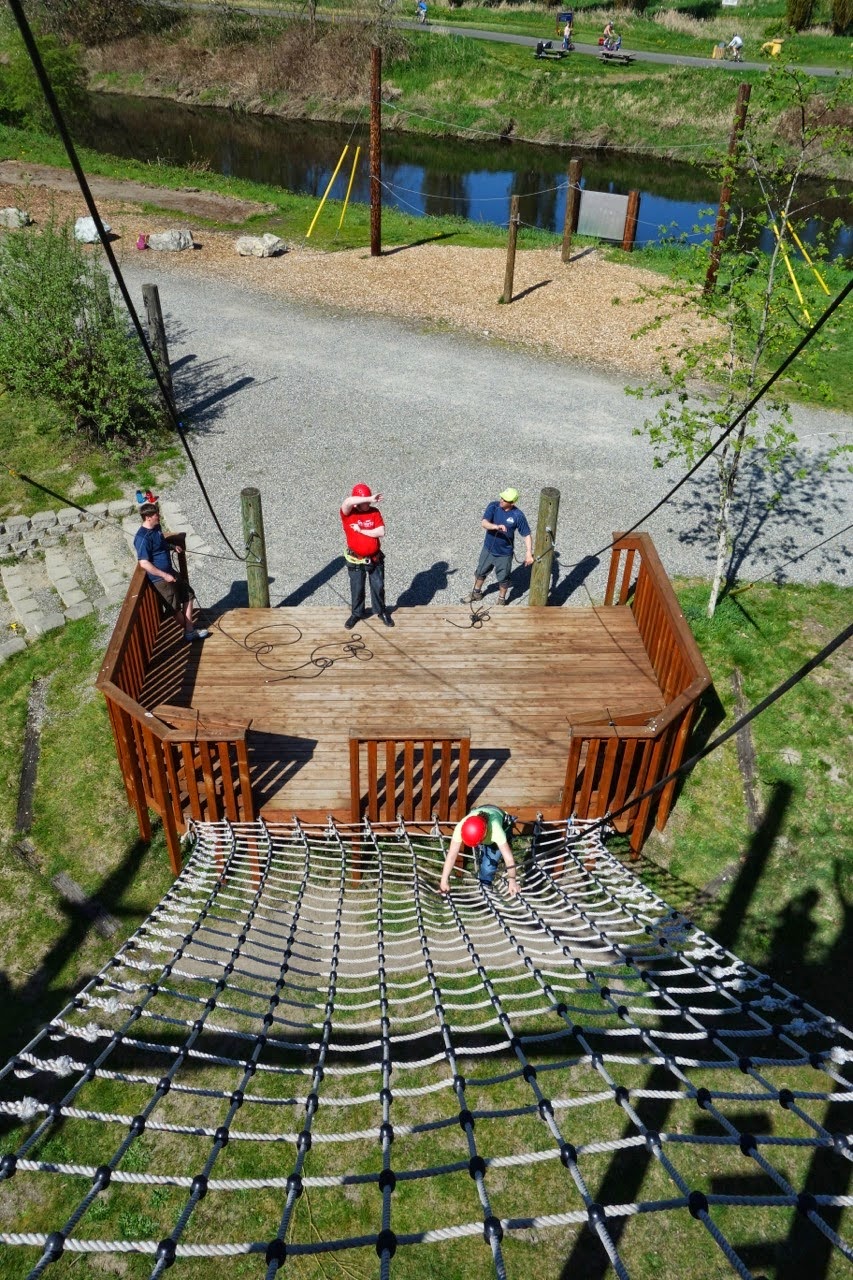 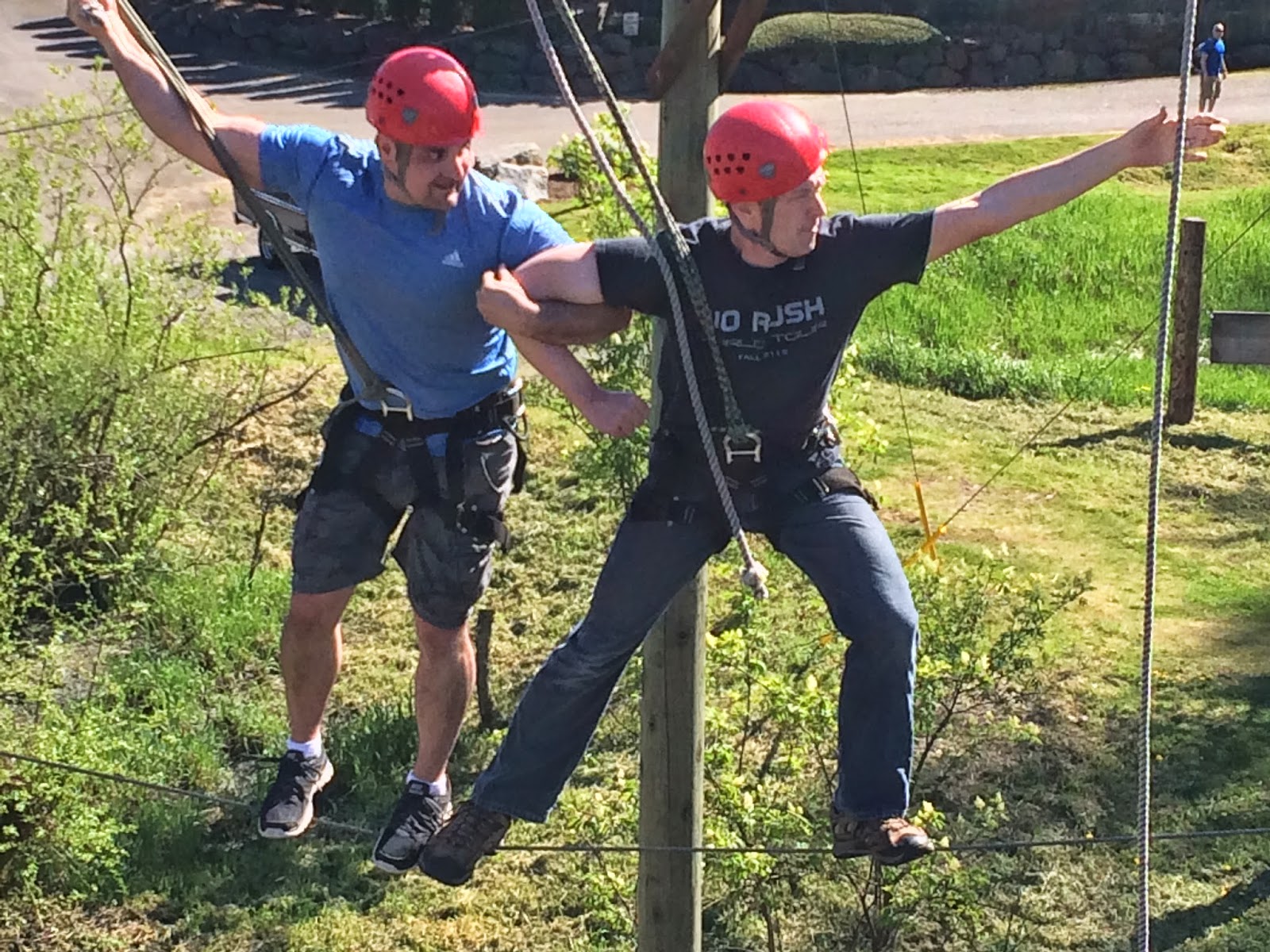 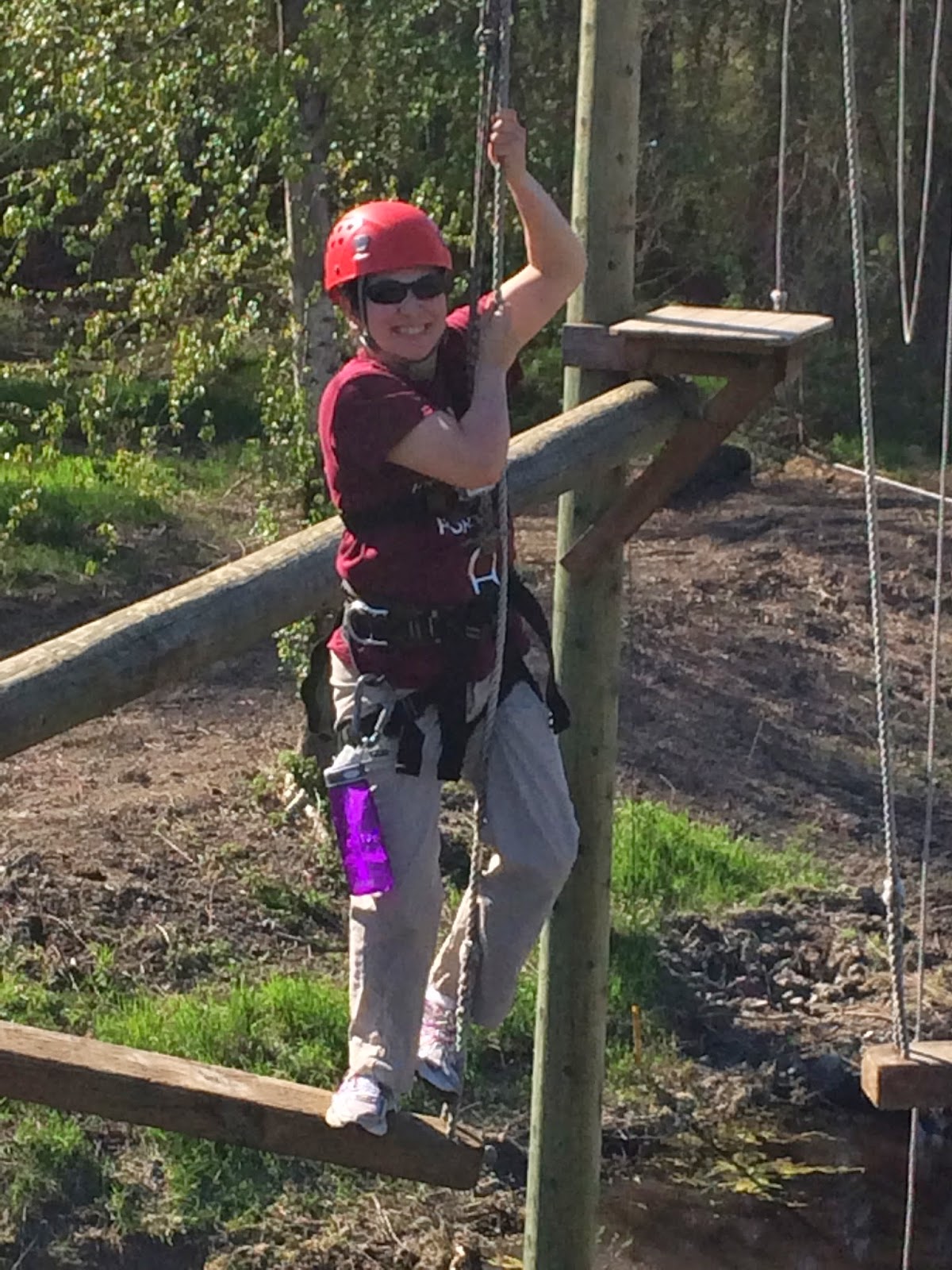 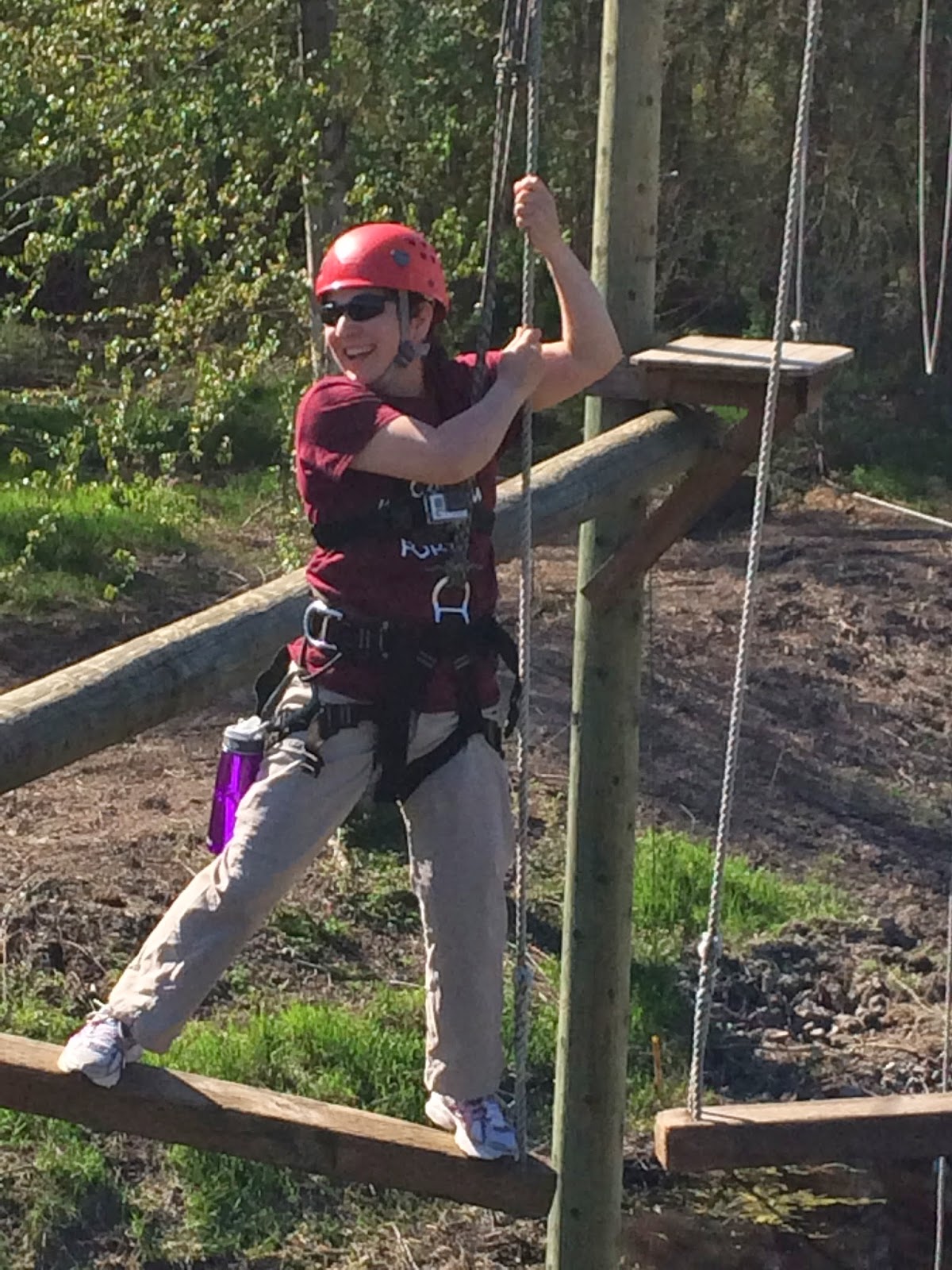 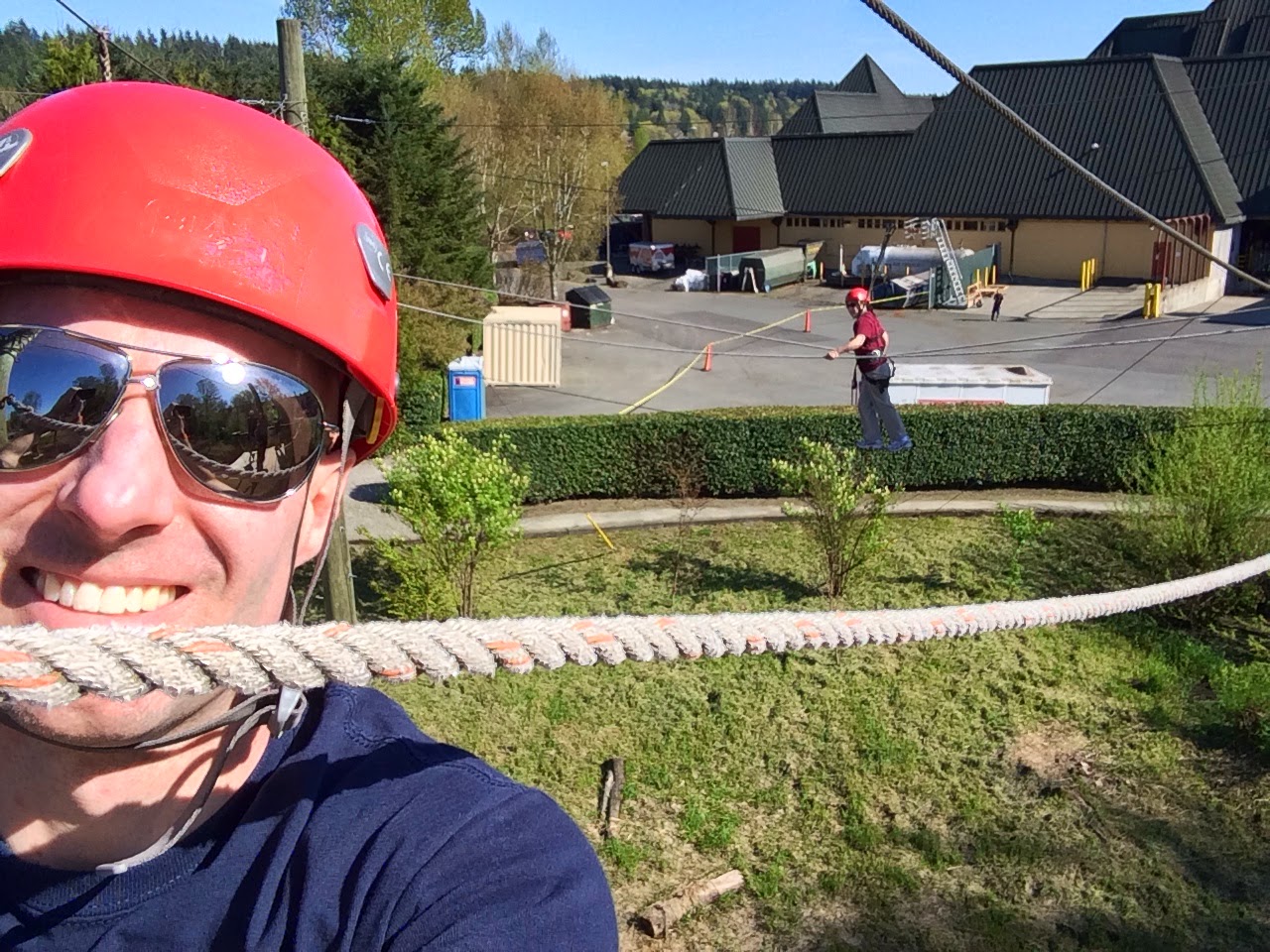 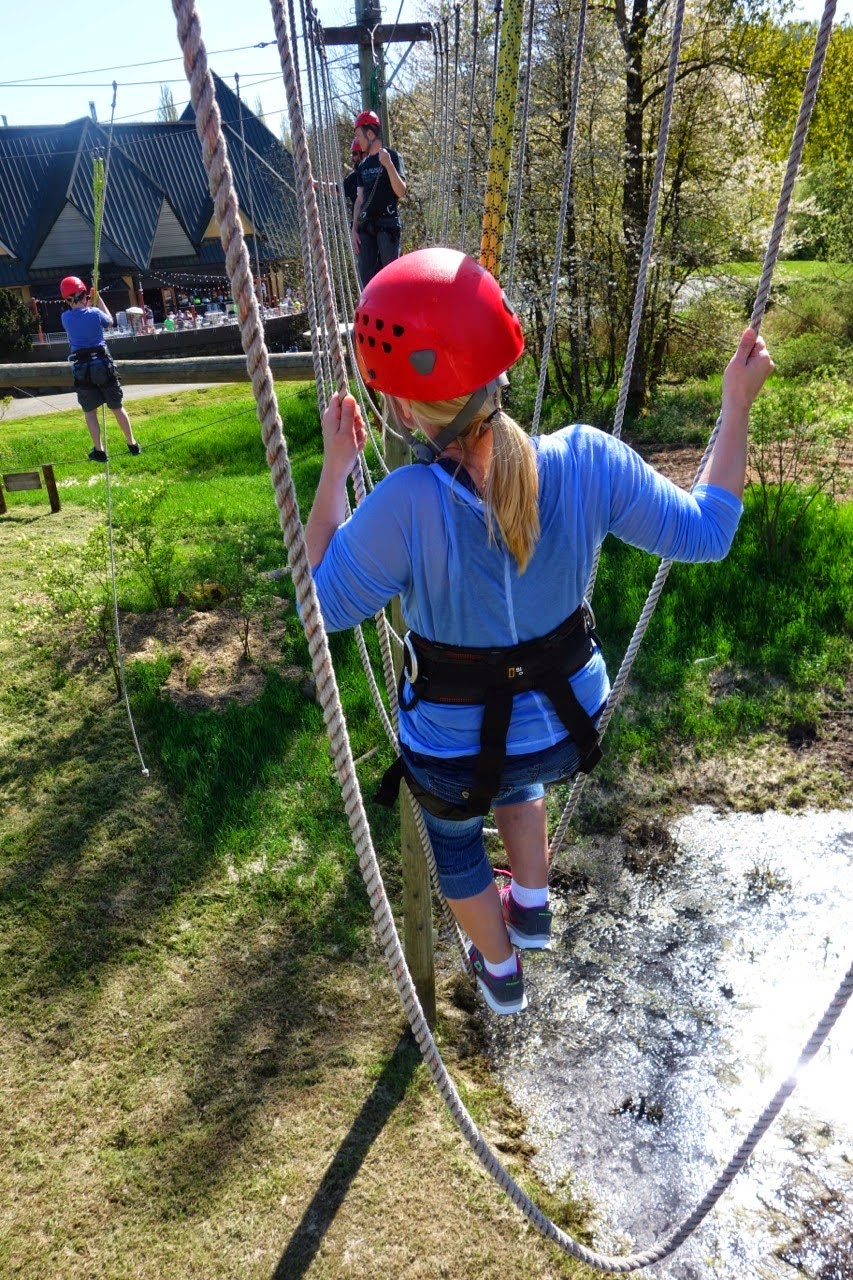 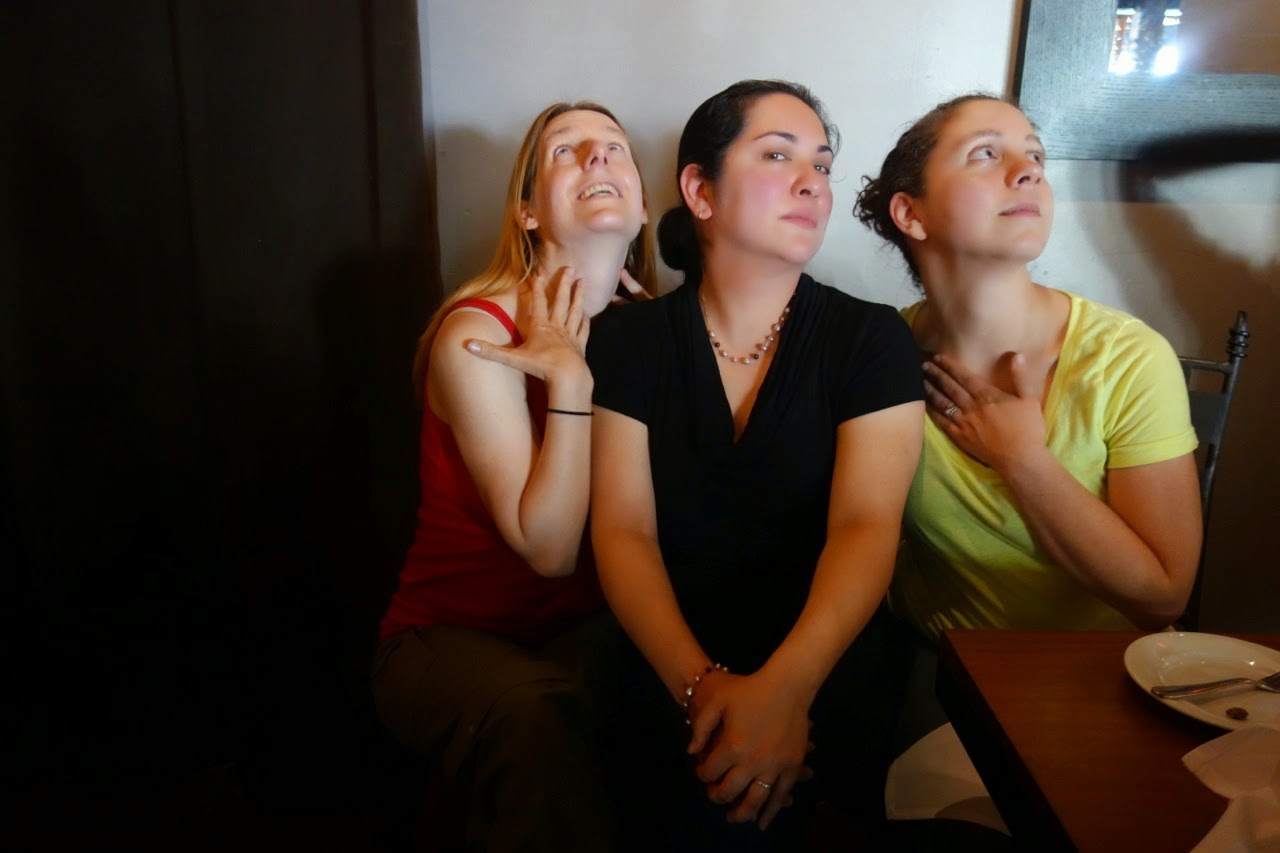 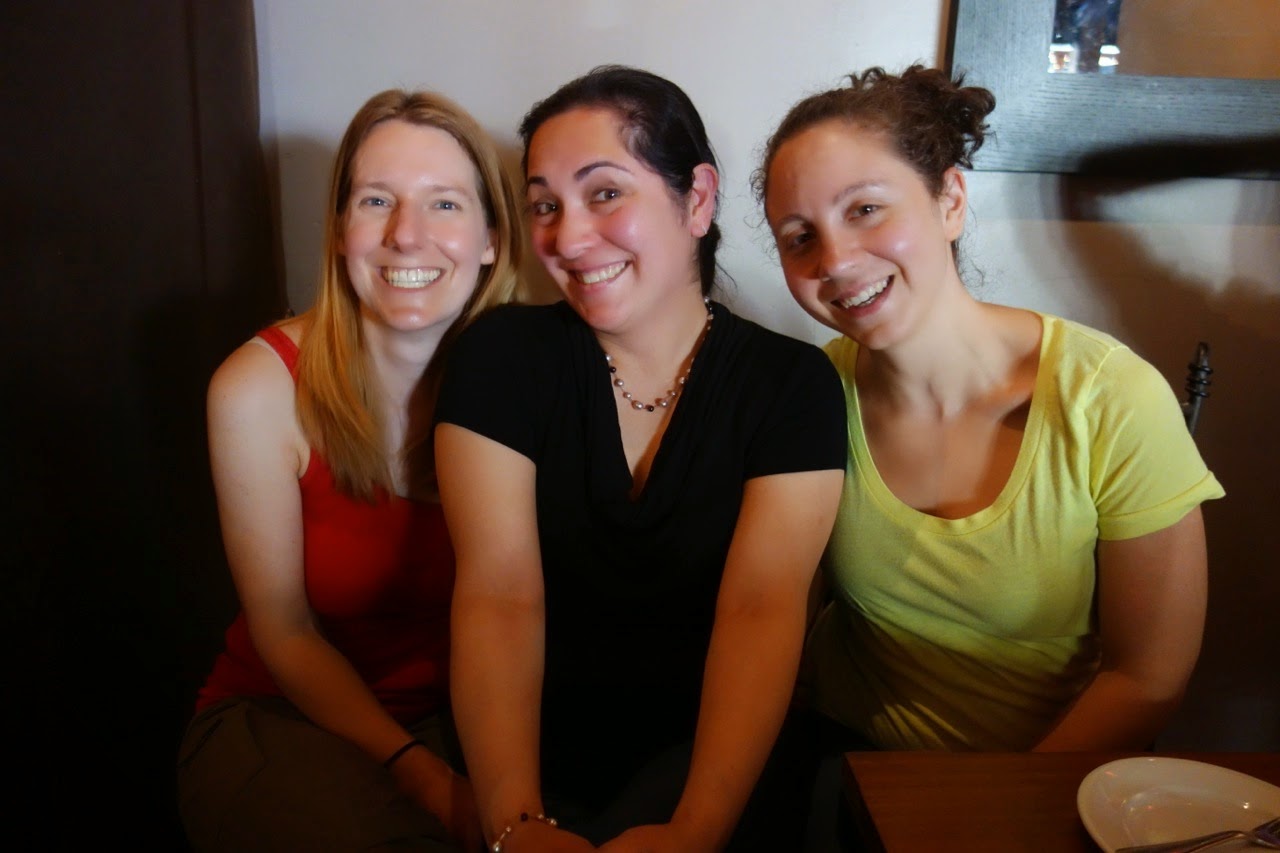 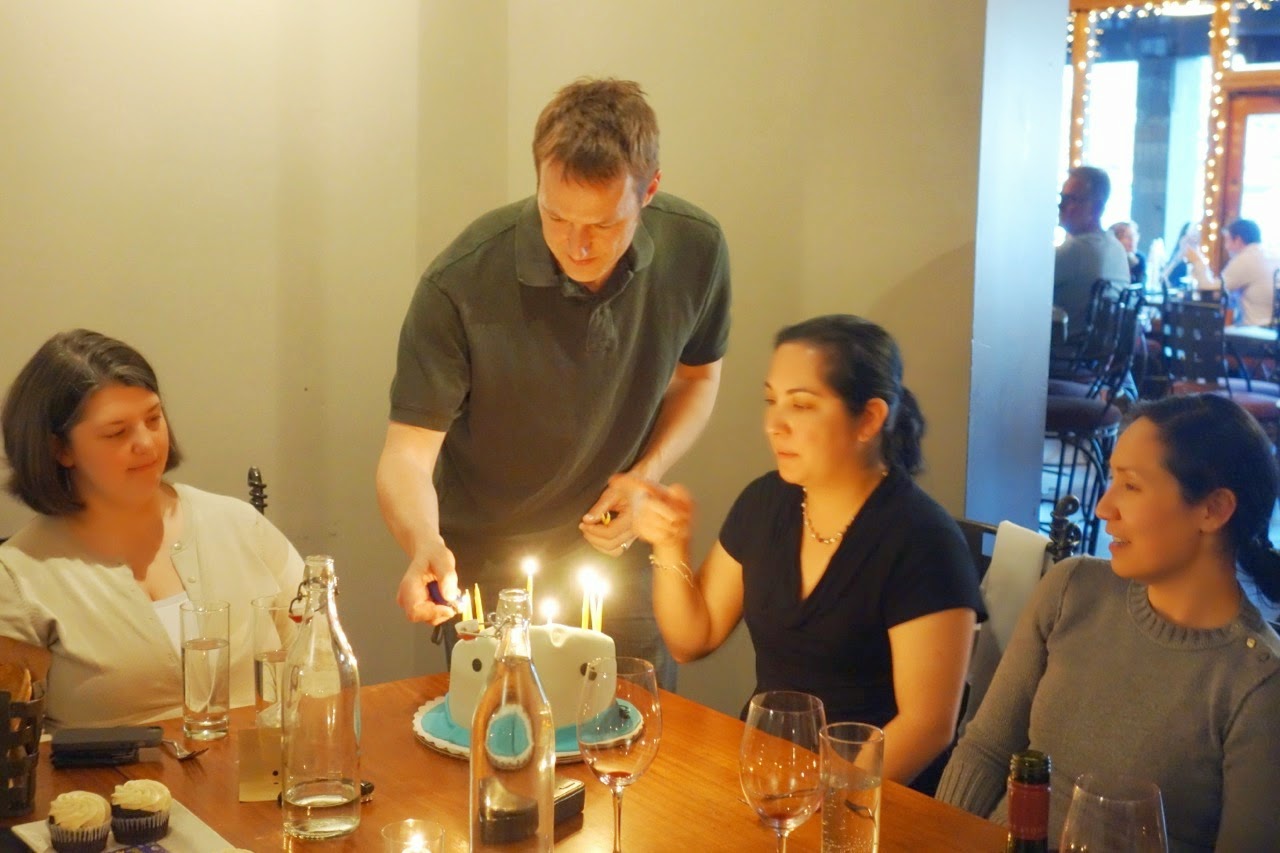 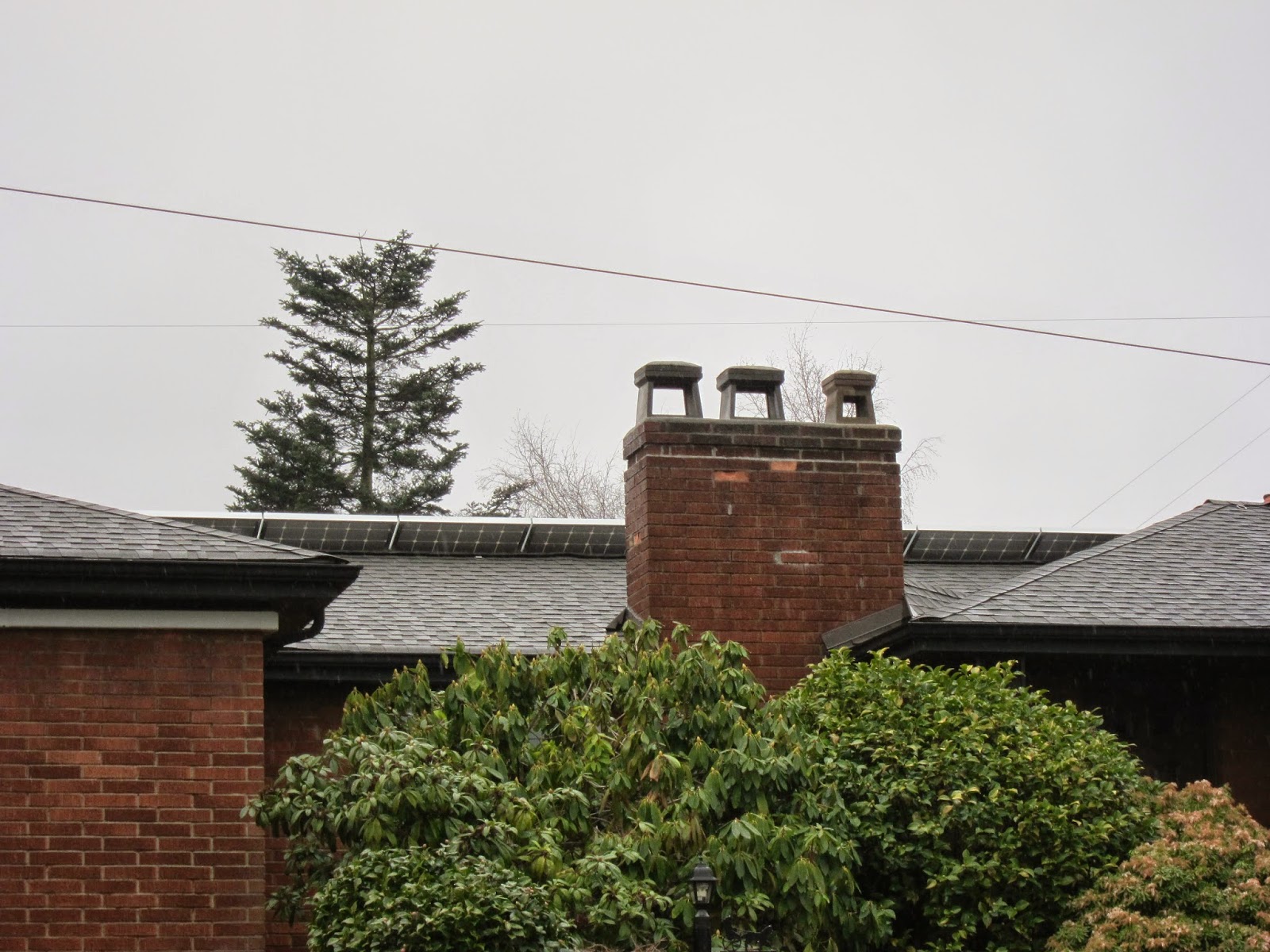 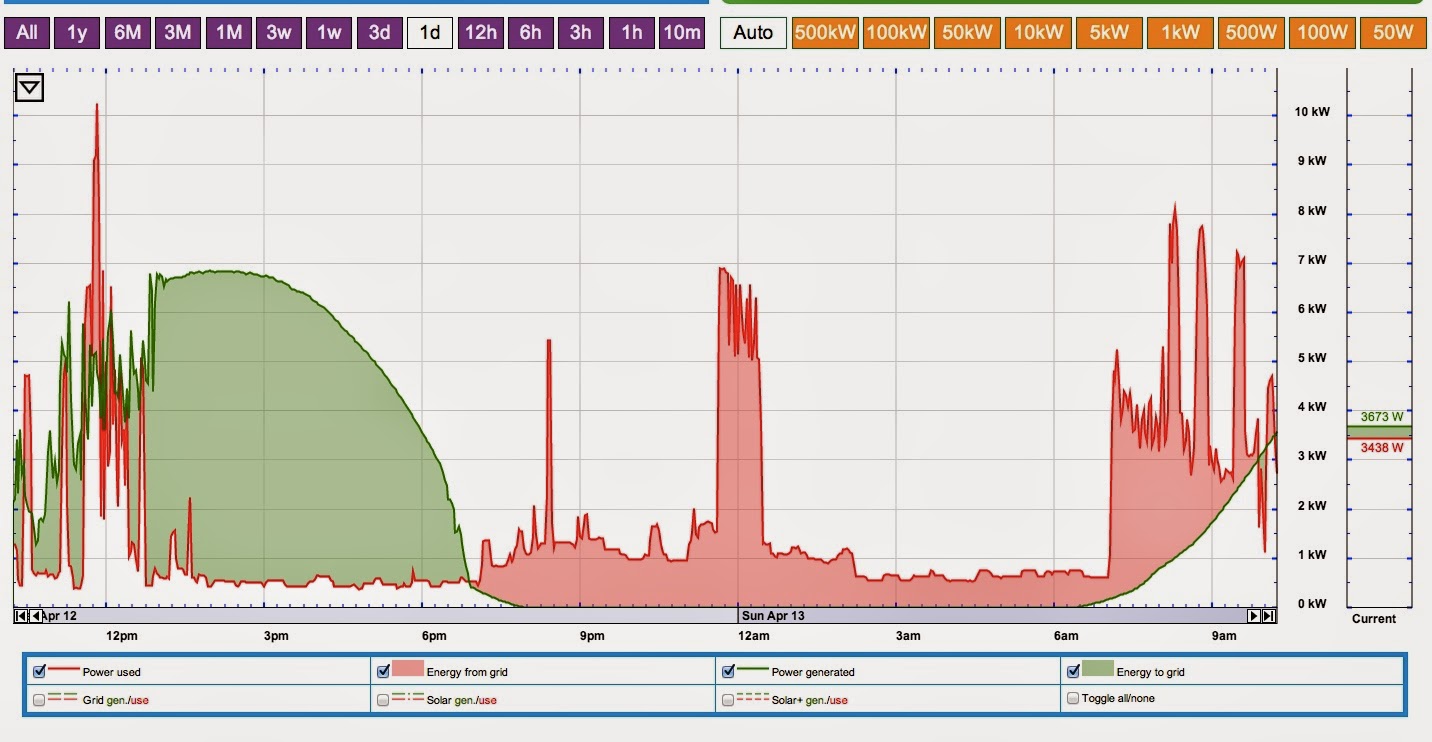 As a parent though, as someone who wants humanity and all of the planet's life to succeed, apathy isn't an option.  It's now about the "long game" and doing one's part.  Our science project in domestic energy production won't completely solve the problem but it's one step in what needs to be done.
at 10:44 AM No comments:

First plane ride by myself since the kids were born.  First trip to Sonoma.  First Girl's Weekend in a LONG time.

Is it wrong to have felt so much unbridled glee as I strode through Sea-Tac on Friday with not a care in the world?  Having only traveled with children these last 4 years, I'd forgotten that it doesn't have to suck.  Grab some tacos, sip a Starbucks, wait in peace while checking my phone for Facebook updates.  It can almost be, dare I say, fun?  Suzanne's 40th was the occasion that got us all to Sonoma.

Beautiful and picturesque as you'd imagine California wine country but not as "commercial" as Napa I was told.  All of us are moms so we savored every minute of it.  Even though it was Suzanne's Birthday, this trip was a gift to us all.  The visit to Ram's Gate Winery was the crown jewel of the weekend.  The grounds, wine and hospitality were unparalleled.  We were taken on a tour of the facility and sampled gourmet dishes paired with appropriate wines. I even bought two wines and had them shipped home.  Good times. 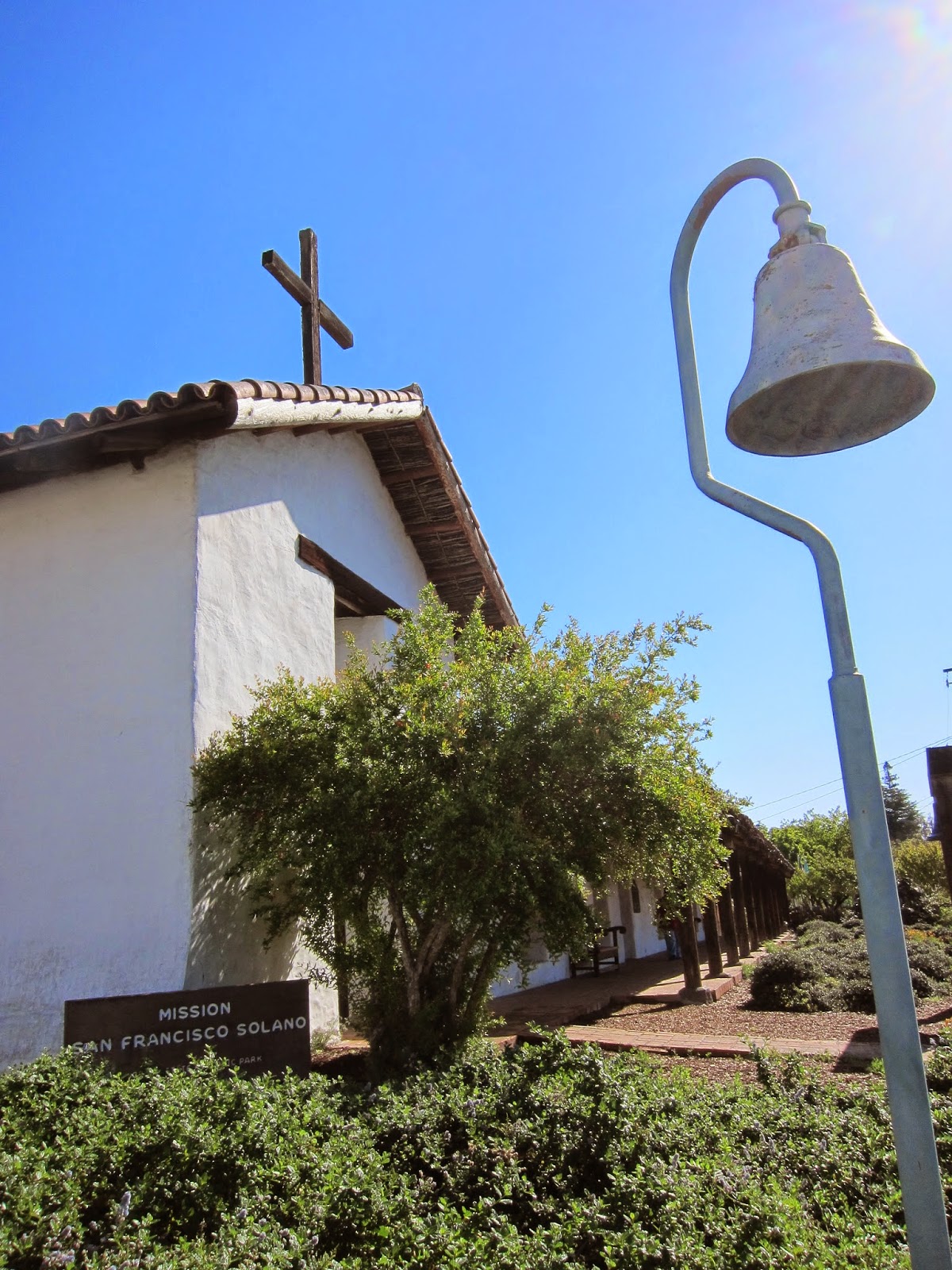 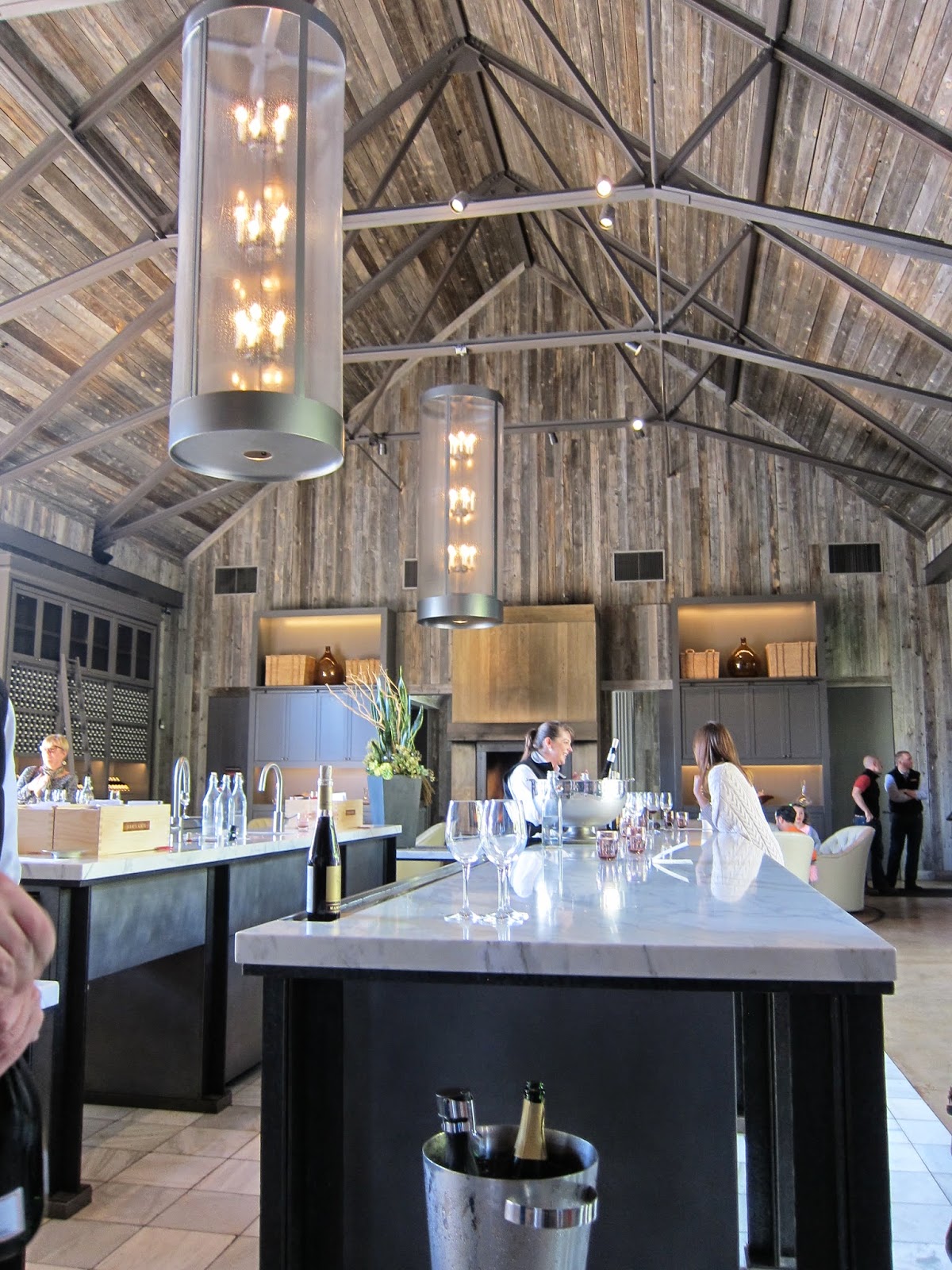 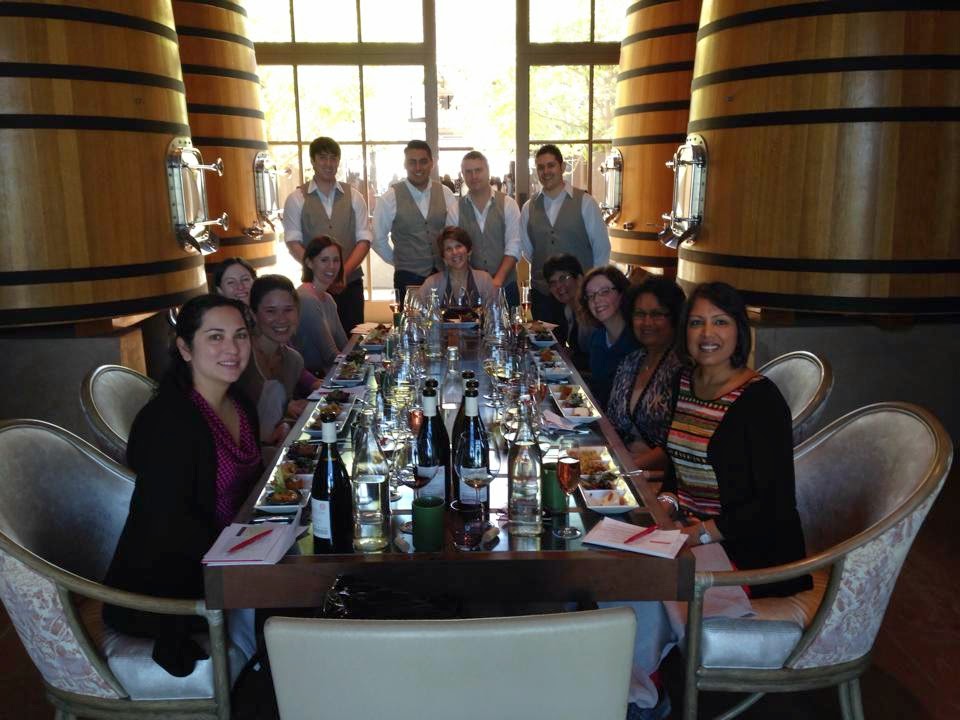 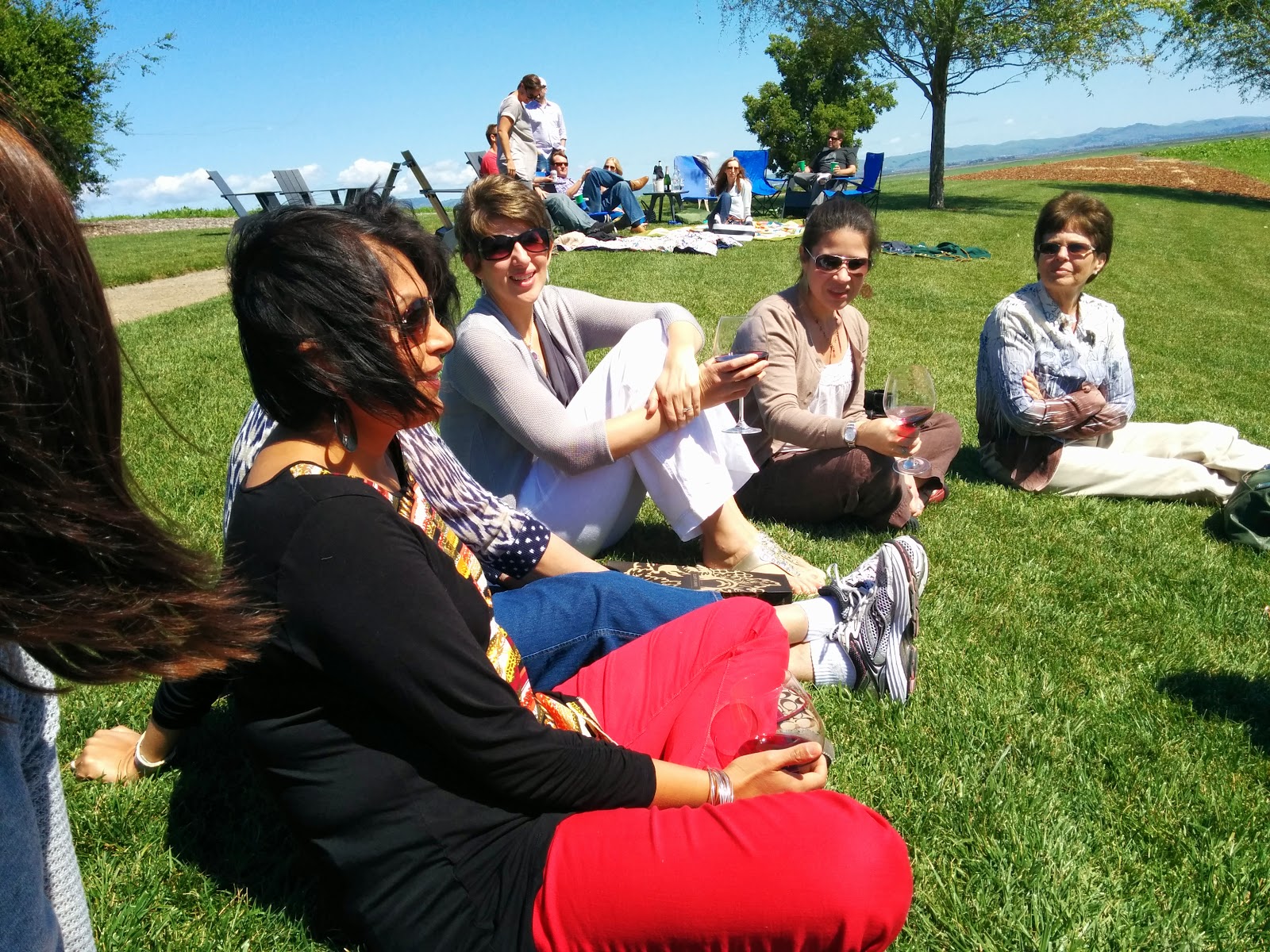