Previously, on EvidentlyBlog...
Part 1 and Part 2

And now, the conclusion of "I See London" -- a travelog.

Oops here's the final chapter of our London trip last month. It's not that I forgot about it so much as I have been mulling over my thoughts. But first things first...

Let's be honest, Harry Potter is such a big deal now in our house that we couldn't skip picking up some goodies. This is a cool store situated in Kings Cross Station itself. Lots of fun and crowded as one would expect. 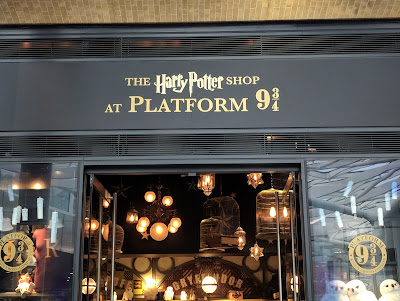 Okay so here's the part I've been mulling over. The British Museum: a crown jewel in a city with real crown jewels, a world-class museum that ranks above all others, a collection rivaled by none.

I didn't visit the British Museum during my time here as a student in the 90's. I certainly went to other museums (the Victoria and Albert Museum being my favorite) but just never made it to this one. We took the highlights tour which in some ways is a relief so that you know you're seeing noteworthy items but also you get a human guide who can answer questions and efficiently move you though this enormous place.


<rant>
These days, I see things with more clarity especially when it comes to culture and identity. Artifacts are products of a culture and, out of context, they can seem like something to gawk at and 'exoticize' people or groups (as is also done with People of Color). But as we walked through the museum and looked at the displays, I kept kept thinking: 'These things don't belong here. SOMEONE STOLE THIS.' Things such as contents of Egyptian tombs, sculptures from the Pantheon, an Easter Island Head carving, beadwork/weavings from Pacific Northwest Native American Tribes(!)--All these items have home area museums and cultural centers where their artifacts can and should live in context. Whereas, an item in the British Museum is mounted, illuminated by a bright light and placed behind plexiglass with a small placard off to one side sterilely explaining its significance in London F**king England.
We are beyond this 'let's display stuff because the public would never see it otherwise.' With photos, video media and the Internet--you can see and learn about anything from the privacy of your own home without changing out of your PJs. Or, you can travel all over the planet via an airplane to see animals, cultural artifacts and meet people of other backgrounds in their actual environments. And I'm certainly not having: 'we can take care of these things better than the home country because--uh, reasons.' Nope.
My problematic favorite, the Victoria and Albert Museum (also in London), is currently in trouble for continuing to hold onto KNOWN STOLEN Ethiopian artifacts and the remains of an Ethiopian noble who died in England over a century ago. (LINK BELOW) V&A has the audacity to tell Ethiopian officials that they would *loan* the items back to Ethiopia if desired. Not good. As I often have to tell my children, "that doesn't belong to you, so give it back."
The Pacific NW Native American Displays and a British Columbian First Nation Totem Pole really hit a nerve for me. It did not feel right to see that there. Not at all. Now I know that *some* of these cultures/nations might have gifted artifacts of their own free will to the British and/or colonial powers, so in some cases, it's not technically 'stealing'. But still. But STILL.
If larger museums like the British Museum or V&A are concerned about preservation and restoration of the world's vast artifacts, how about working with local museums & cultural organizations to help them catalog and take care of their stuff in their places of origin? Loans are fine as long as the pieces go back to whence they came and are controlled by those originating cultures/countries.
</rant>

UPDATE 5/4/18: V&A has the audacity to tell Ethiopian officials that they would *loan* the items back to Ethiopia if desired. Not good. As I often have to tell my children, "that doesn't belong to you, give it back."

Radio piece from The Takeaway on WNYC 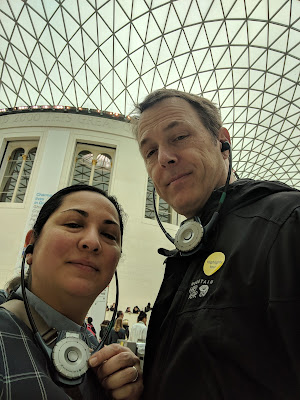 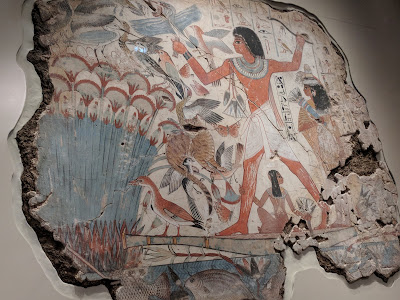 So the British Museum... not our favorite due to finding increasingly problematic artifacts as we wandered through the exhibit rooms. The Native American Displays and a British Columbian First Nation Totem Pole just really hit a nerve. I know that *some* of these cultures/nations gifted artifacts of their own free will to the British and/or colonial powers, so in some cases it's not technically 'stealing'. But STILL. If larger museums are concerned about preservation and restoration of the world's vast artifacts, how about working with local museums & cultural organizations to help them catalog or take care of their artifacts in their home countries? Loans are fine as long as the pieces go back to whence they came and are controlled by those originating cultures and/or countries.
</rant>


This is a place called Sky Garden which you can have food, drinks, music on the 36th floor of a fancy building in the financial district. There are also lots of plants, hence "Sky Garden." But it tries a little too hard to be cool and the logistics (service, music, atmosphere) are subpar. So we enjoyed the view from this establishment but wouldn't recommend. 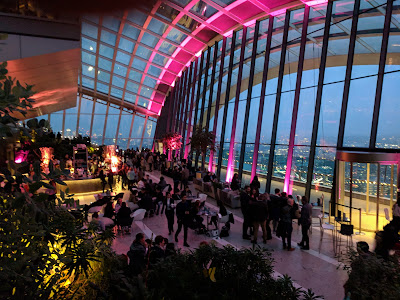 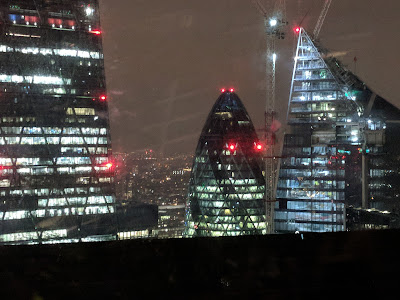 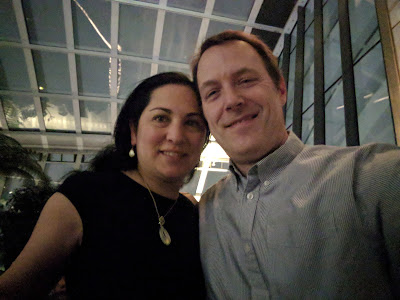 This was my favorite day in the city. It was the only sunny day we had there and it was a perfect 63 degrees. We followed a suggested walk around Primrose Hill/Camden Town/Regents Park in our Lonely Planet guidebook (which is helpful and has non-touristy excursions and fun) and loved it. 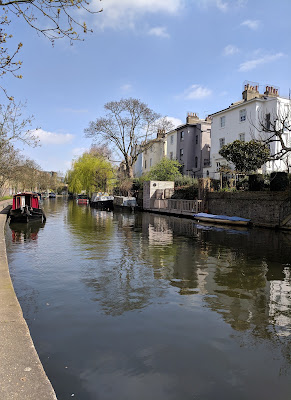 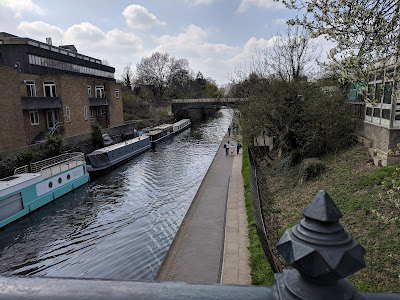 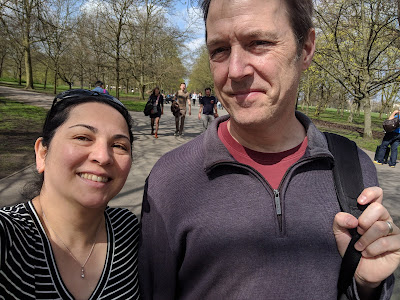 The Barbican is one of my favorite places. It's part school for the arts, part performance center. Edgy, experimental stuff here is common. When I stumbled upon it in the 90's, the way the water feature integrated with the buildings blew my mind. But more importantly, in a country with such rich tradition in theatre, pushing boundaries to expand that artistic form is crucial. The Barbican delivers. 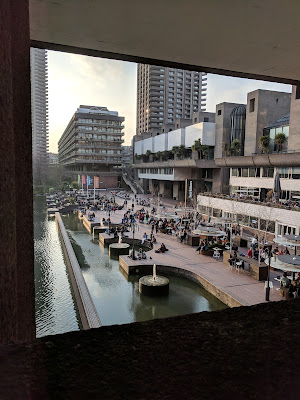 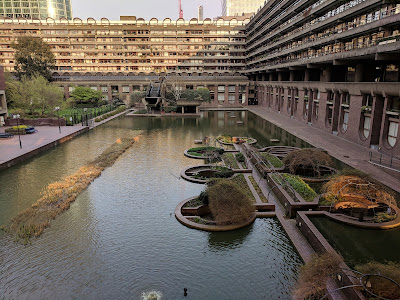 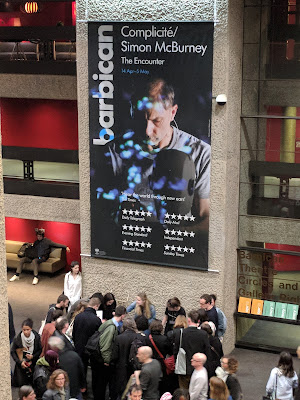 We watched a performance that required the use of headphones in an astonishing and transcendent experience. This performance was like no other I've ever seen. This review describes it perfectly HERE.

Such a great time. Such a needed getaway to recharge. Such a modern, vibrant city to run around in with my most favorite accomplice. London, can't wait to see you again! 💂🌍
at 11:31 PM No comments: 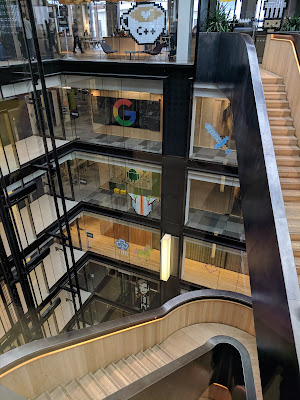 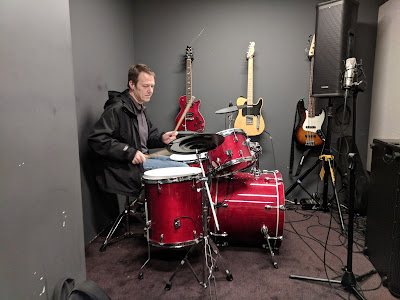 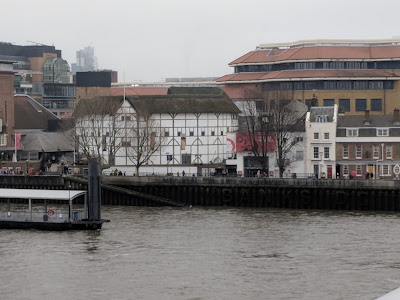 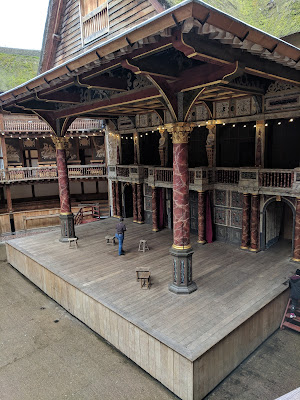 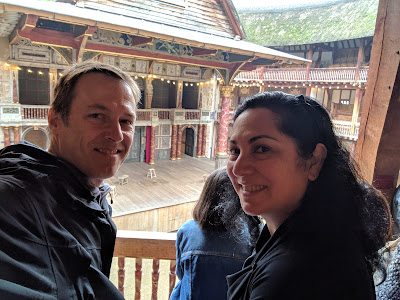 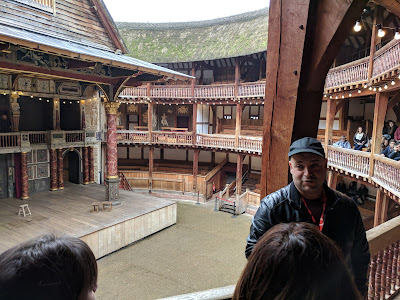 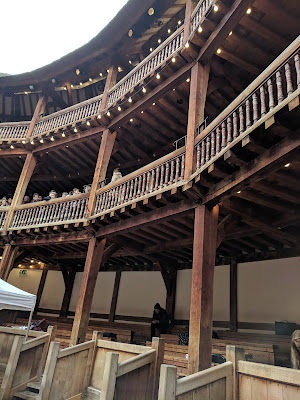 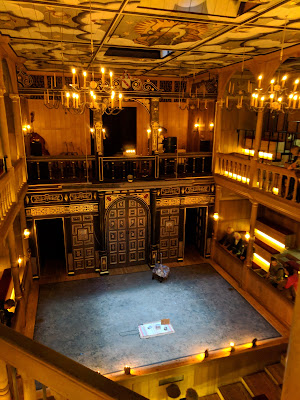 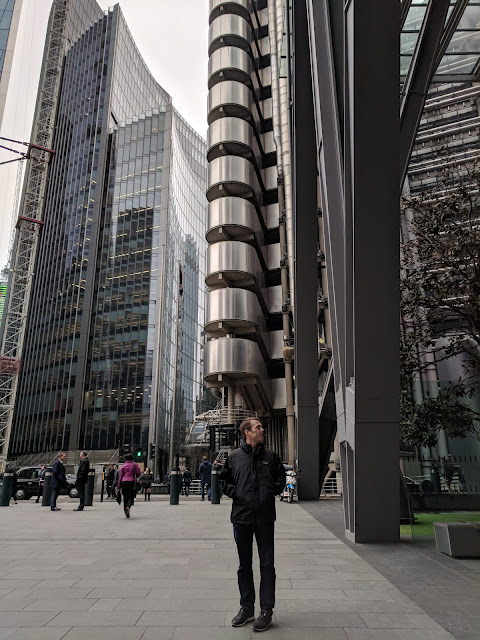 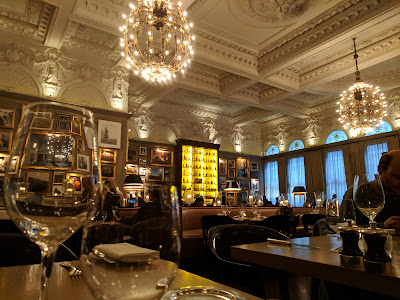 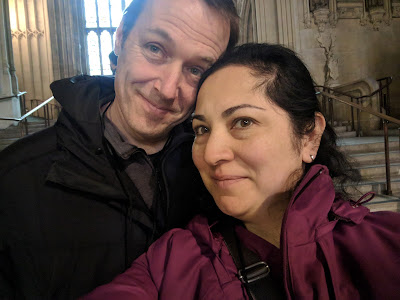 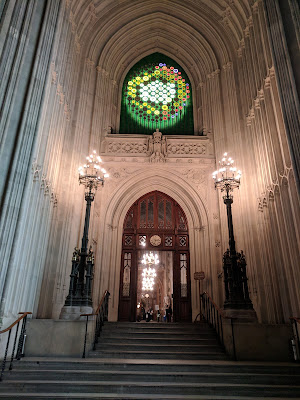 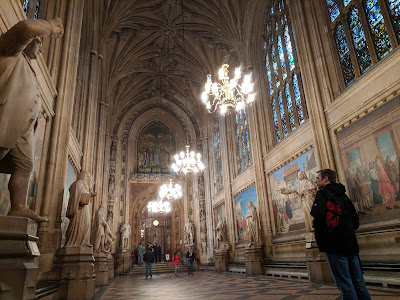 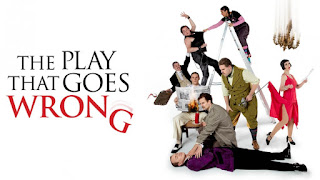