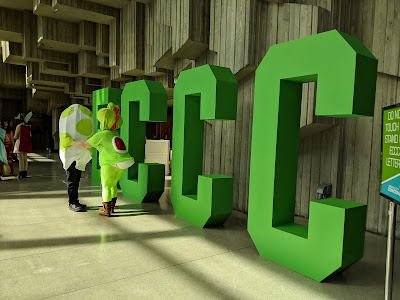 Things I learned at the Con:

1. For the first time in my life, I realized Tauntauns have two sets of nostrils!?!?! 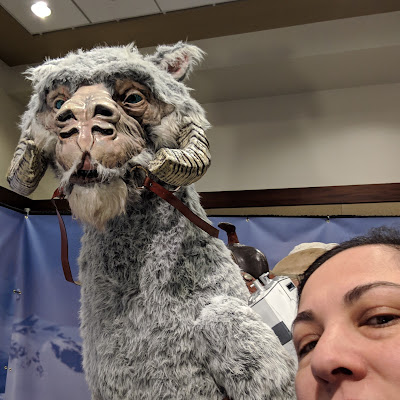 2. I don't dress up for Cons because that's not why I go and with my precious 6 hours, I need to move through the show quickly--in comfort. BUT I can't deny, I love to SEE the cosplay. And this year, as Cardi B would say, it was poppin'. People brought their A-game and I noticed a surge of confidence and creativity. I didn't have the opportunity to really capture the MANY, MANY incredible costumes, but here are two that uh, caught my attention... 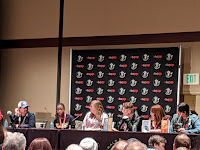 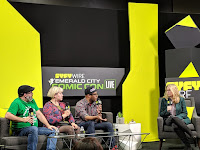 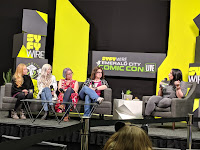 
I listened to panels on 'Tropes in Writing,' 'Women making Comics' and 'Skybound Comics Illustrators/Authors.' All instructive, inspiring and illuminating. However I couldn't get into the Main Stage Conversation with George "Mr. Sulu" Takei this afternoon (who may or may not have a passing resemblance to my father.) Just too many people in Seattle wanted to see him. Nevertheless, I'm eager to read his upcoming graphic novel memoir about his childhood during World War II and his experiences in Japanese-American Internment Camps--something my family had experience with too. 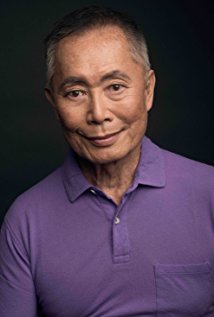 4. I always prioritize a lot of time to say hello to friends and meet comic creator heroes. This is what makes a Con unique and worth it for me from year to year. Since I read more and different comics as the years go by, my list changes.
This is Artist Rich Werner who brought us the original 'Plants vs. Zombies' game/franchise. (He also did an inspired commission for me years ago called the Shark Dentist that was a gift for my dad.) But that painting behind him is a 6-year masterpiece that is so gorgeous in real life AND is available in print form at the Con and on his website (www.richwerner.com). His wife, Halle, a fellow Coug & former RealNet coworker of mine, won't let him part with the original--AND I DON'T BLAME HER.

Also, imagine my shock when upon entering the Artist Alley section with comic authors & illustrators, that my former WSU Cable 8 Grad Student Advisor, Mitch Cook, had a booth and has been WRITING COMICS for awhile now. Wow! 👀
I was also thrilled to meet for the first time: Emi Lenox of Plutona, Sana Takeda of Monstress, Agnes Garbowska of DC Super Hero Girls.


5. Star Wars--especially the 'Ultimate Experience' walk-through display by the 501st Legion, Garrison Titan--totally delivers as the premier fandom. (Yes, I see you Trekkers. It's not that I don't like you but I don't "like like" you.) Straight donations and raffle proceeds go to Seattle Children's Hospital and last year their debut year for the Star Wars Experience, they raised over $25,000 at Emerald City ComicCon. 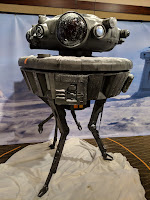 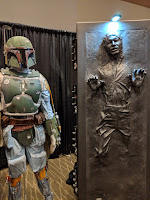 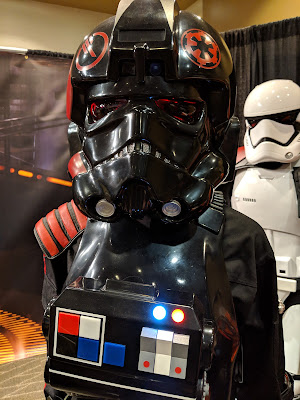 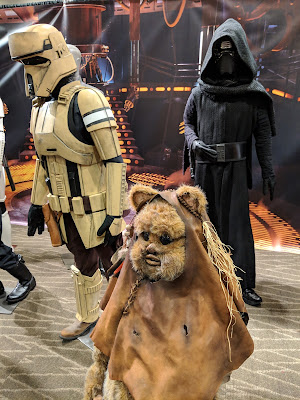 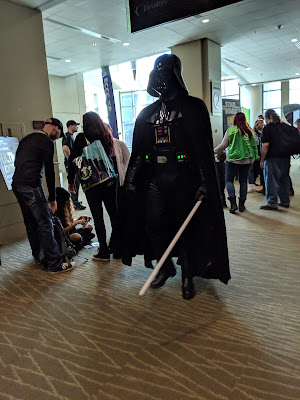 My favorite find of the day. I will be getting this framed to hang in the house. ✊ 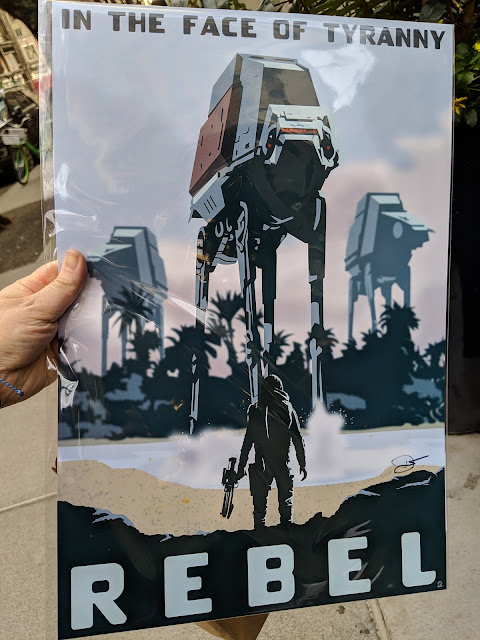