March For Our Lives, Fight For The Future

I grew up in the country. I grew up with guns. I had my own weapon when I turned 12 years old (a Daisy Multi-Pump BB Gun). It kinda looked like this:

I used it to shoot the pigeons in the barn. I was a decent shot. They would poop all over the hay bales that we'd store and sell to neighboring farmers and those birds had to be dealt with because no amount of netting or deterrents could keep them out of the barn.

Everyone had guns where we lived. In fact when I went to high school, if you went out in the parking lot, you'd see the typical county-living stereotype of gun racks stacked with rifles in many truck rear windows. But we never heard of any incidents and no one was concerned. In college, guys I knew from all over the state brought their guns to school with them and we'd sometimes go shooting at a nearby quarry on weekends. They did have to register their handguns and rifles with the local police department but it was more of a formality. Again, I never heard of a shooting incident in the 4 years I was on campus in Pullman. This is all to say that I grew up around guns and felt comfortable living with them in my home, in my various communities and even around my schools as a young person and student.

And even with all of that influence, how I felt about guns could best be summed up by: "Have them, don't have them. Whatever."

But the world has changed and so have I.

In 1999, a few years after graduating from college I found myself staying home from work with a cold on my couch watching cable TV. Suddenly breaking news cut in about a shooting in-progress at a high school in Colorado. 'Columbine' would soon become a household word and a euphemism for destruction of innocence and safety in the most violent and deadly manner. I watched that coverage all day and into the evening--horrified to consider that this was even an option of what could be done.

A whole generation of kids have now grown up knowing what a mass shooting and an active shooter/lockdown drill are--some even know first hand what a gun sounds like when it fires inside their school. The most unlucky know the searing loss of family, friends, teachers, innocence...and the loss of feeling safe ever again.

I know that guns are tools and they can be used for good or ill. But this is different now. The access to guns is plentiful and the weapons are military-grade. I no longer live out in the country, and I now have children who are students themselves. The way I grew up--that time and place, that acceptance of being surrounded by guns without concern or action--is over.

A machine that can kill people so easily must have tighter restrictions, the process to get a weapon must be more rigorous. The rules around them simply have to be shored up for all of our sakes.


The world has changed and many people in this country, especially children, are needlessly dying because politicians, lobby organizations (NRA), gun manufacturers and zealous gun enthusiasts refuse to see it. So as Ken marches, I show up for Moms Demand Action. We keep calling to our Members of Congress and keep donating to gun reform groups. But most importantly, we never stop advocating so that our kids (and your kids) can live in this country with more safety and less fear from a preventable problem. 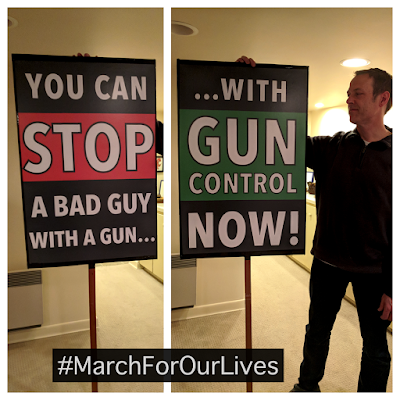 These are photos from the Seattle #MarchForOurLives Event that Ken attended on Saturday. Incredibly inspiring to see local folks, the big one in DC and all the national sister marches.
#Enough #NeverAgain #GunReformNow #GunSense #MomsDemandAction #Everytown 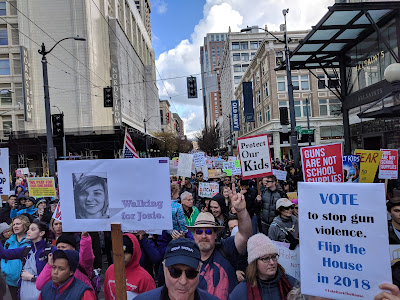 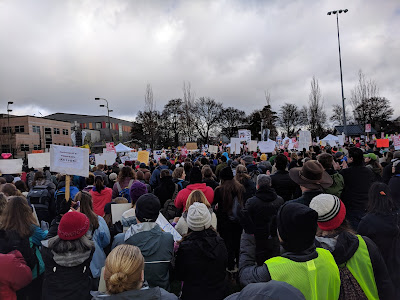 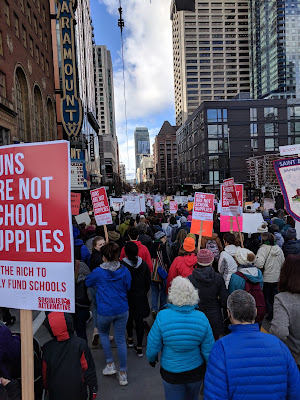 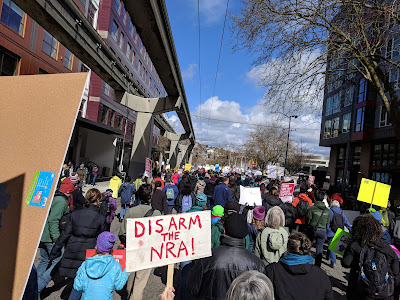 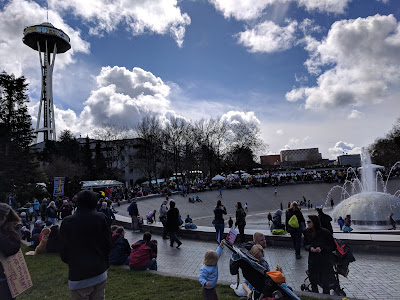 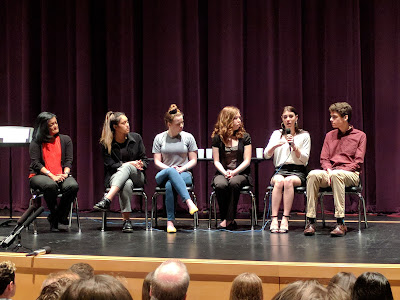 Today with other members of Central Seattle Moms Demand Action For Gun Sense in America, I attended a Town Hall featuring our WA-07 Congressional Representative Pramila Jayapal (progressive rockstar!) and a group of high school students who are organizing the March for Our Lives Rally & March next Saturday the 24th. It was a Gun Violence Community Forum and an opportunity to meet these local teens from Ballard, Roosevelt, Rainier Beach, Ingraham & Tahoma High Schools. Some of them were also instrumental in organizing the gun reform walkouts and other protest events earlier this week on March 14. But they each spoke about what made them want to step up and motivate others to call attention to and make gun law reform.

These students fill my heart with such pride, determination and resolve. This engaged and articulate generation is going to rock our world--for the better.

They spoke about how they are sitting targets in their schools while many politicians, the gun lobby and the general public have traditionally done little to nothing to change that. They spoke about how the lockdown drills and false alarms at some of their schools have created a heightened anxiety in everyday student life. One spoke through tears about her younger autistic sister and how when stressed the little girl gets louder, not quieter. If a school lockdown situation arose and the young girl had to hide and keep quiet, she literally could not do it so the greatest fear is that she would be an easy, locatable target.

One of the students mentioned how when she first heard of the Parkland shooting that she was numb and it was just another day in America, but something in her reached the breaking point. She watched her peers in Parkland rise up, use their voices and get vocal. This young woman, Scout Smissen, helped organize the event on March 14 where local students marched to Red Square at the University of Washington. She mentioned how some adults would have preferred if they had just observed 17 minutes of silence and returned to their classrooms, accepting and normalizing gun violence, but she said, it's more important that they get LOUD.

There will be 4 million newly-minted voters in the 2018 election. Candidates need to be on the right side of history and right side of humanity if they wish to keep their jobs. Gun reform and gun sense is front and center. 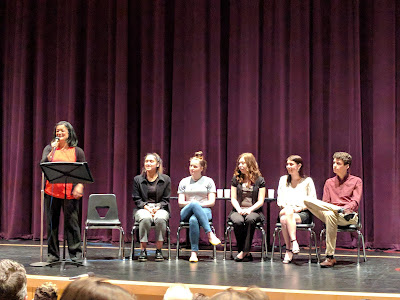