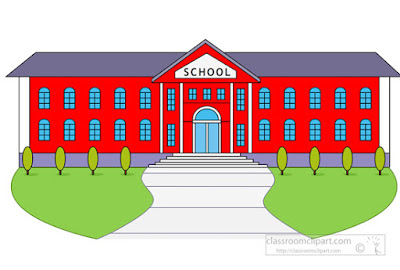 School here in Seattle is supposed to start on September 9th but not so fast... The teachers and the district still have not agreed on a contract. As much as I want Sidney to start 1st grade as scheduled, I am TOTALLY supportive of the teachers on this one. After last year's introduction to the public school system (as a parent now), the work most teachers do and the commitment they have to their jobs--given the politics and ridiculously low salaries--makes them nothing less than real-life superheroes. True story. Two of the biggest issues I see are getting enough recess/active time and pay increases for the teachers. So I let the school board know! If you are a Seattle Public School Parent and you care about this stuff too, feel free to write as well:

Before 2014, the negotiations, compromises and shortcomings between the Seattle Public School District and the teachers' union SEA didn't concern me in the least. I didn't know (as I do now) what all the hullabaloo was about.

But when my first born started Kindergarten last year, I got to live and breathe what was splashed all over in the local papers and news casts. Volunteering in the classroom on a regular basis provided an indisputable view of the daily experience of my daughter and her 25 classmates. In the past, I had been dubious to some of the concerns and frustrations voiced by teachers, but my opinion now is that teachers are expected to achieve unattainable legislated expectations with uneven parental support & hostile oversight by the School Board which is like walking a tightrope while juggling knives through a ring of fire. Instead, we should be giving these teachers and school administrators everything they need to succeed so that our children can succeed. That means competitive wages with increases over their existing paltry salaries and 45 minutes of recess a day.

Simply put, a competitive, living wage will entice and retain talented individuals who can share their inspiration and love of learning with our children so for that, they definitely deserve a 21% raise over 3 years. Of course, if every kid in a classroom came to school (1) well-adjusted with a stable home life and supportive caregivers (2) unencumbered by learning, behavioral, mental or physical disabilities (big or small) and (3) academically proficient--maybe I could see being more hardline with teachers. But I watched my daughter's teacher continually and compassionately intervene to address 2-3 children again and again who clearly didn't have some of those advantages which directly affected their classroom behavior and ability to learn.

I was also in the lunchroom (more like a pressure cooker) with the kids. I watched as they quickly scarfed down food so they could have a measly 15 minutes for recess/physical activity. I even tried to assist some of the kids buying lunch who were immediately disadvantaged and robbed of precious minutes to eat/digest. But I agonized over the sickening amount of perfectly good food that went to waste. The kids had to make a no-win choice on lunch vs. recess--while never getting enough of either. So, stop making excuses about state instructional time mandates because that has no impact on lunch and recess! Recess counts toward instructional time, so honoring the SEA and parent request of at least 45 minutes of recess per day is entirely feasible. The health, well-being, and ultimate academic success of our children depends on it. Please listen to what the experts, staff, and community are telling you. Be a progressive model for great education instead of an impediment.

In closing, The lack of seriousness shown by the school district in regard to our children's health is appalling and disappointing. Therefore, I ask that you grant the SEA's request of 45 minutes of recess per day and to pay teachers commensurate for the significant responsibility they have. Without great teachers, our district is nothing.
******
at 2:15 PM No comments:

What happens when you record a video of just your eyes then loop the video and answer some random questions? Hilarity, that's what.

This is totally silly but we laughed so hard making these tonight. Ken thought of it.
Step 1: Record a video of just your eyes making random movements on your phone.
Step 2: Playloop the eye recording while holding the phone where your eyes should be
Step 3. Get someone with another phone to ask questions and record it.
Step 4: Inflict on others