Ah yes, the annual sojourn to the Oregon Coast for the ocean air and family fun.  The weather was spotty as expected but cool (just like Momma likes it).  We stayed in a lovely rental home that was about 2 blocks from the beach.  Great kitchen and gathering spaces but as per usual, the bed Ken and I were given left much to be desired.  It prompted me to try a bunk bed in another room and then finally settle for the couch which was surprisingly adequate.

Sidney got to spend a lot of quality time with with everyone from cooking with Nana to beach time with Auntie Angela to walks with Grandma Cindy to flying kites with Daddy and playing games with Unkies Austin and Jamie. 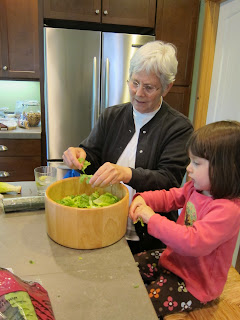 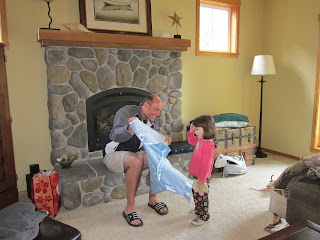 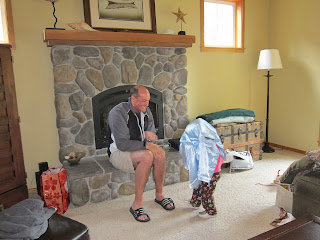 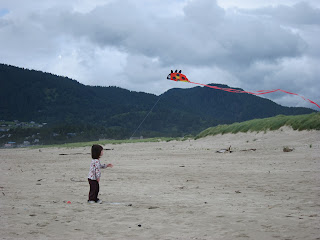 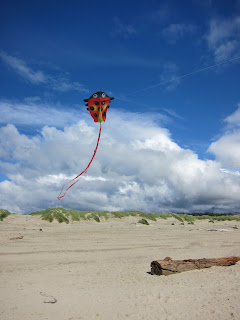 Other notable celebrations at the coast included Angela successfully finishing her Master's Degree in Teaching, having a birthday and marking the end of a long school year for both Jamie and Angela.  Well deserved toasts!  Ken and I also celebrated our 7th anniversary with a lunch out in Cannon Beach and a stroll around the town looking at art we thought was overpriced. 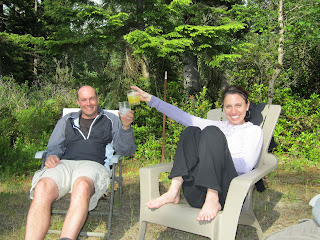 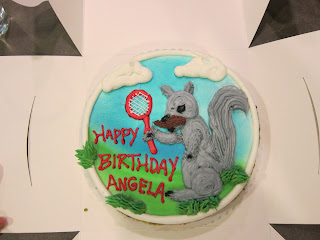 This delightful cake was from Angela's Dad who fashioned it after a cake he received for his 60th birthday this year.  It was a cake wreck apparently.  The story goes that she was trying to get a design with the Lorax holding a diamond.  Instead she got something that resembled a squirrel with a mustache holding a tennis racquet.  So Uncle Randy decided to get her back.   Here is the iteration on the iteration.  I love this new family paradigm and hope it will become an iconic legacy for cake decorating. 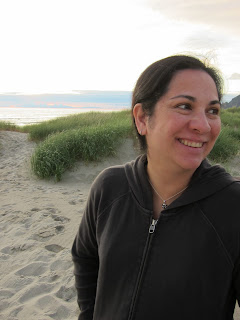