So What's This Thing About Sharks?

You may have noticed from the blog header and blog posts that I have a deep and abiding love of sharks. As an adult, I've come to see them as an important part of the marine ecosystem, an APEX predator that has diminished in numbers due to superstition, fear and human ignorance. The sleek efficient form of the shark stayed virtually the same for a hundred million years with over 400 species of sharks now swimming around on our humble planet.

But how they piqued my interest was much less heady and for that we're going to have to go back--way back.  It all started (for better or worse) when I watched Jaws on TV at the age of 7. 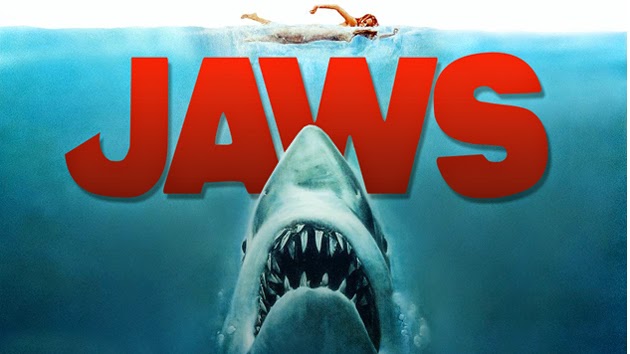 While it temporarily traumatized me and made me nervous to swim in a pool or even sit on a toilet without looking down the whole time, I couldn't get over this mysterious animal. I think sometimes when you fear something so much, it flips over and you start to embrace it because fear is fascinating.

I was so enthralled that I asked for Jaws on my 8th birthday cake (and for several years thereafter).

When I was 21, it only seemed fitting to have my one and only tattoo be a symbol of the thing I found most intriguing and continually relevant... 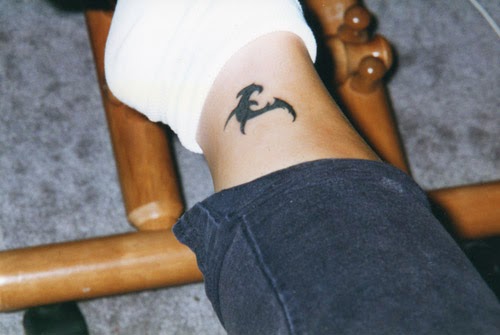 In 2007, I saw my first Great White Shark with my own eyes when Ken and I wandered into the Monterey Bay Aquarium.  We were in the Bay Area for work at the time and didn't even know they had a juvenile male in the aquarium.  I was beyond excited! A fisherman had snagged him in his net and in the process the young shark had been injured.  The aquarium took him in for rehabilitation (and then released him a year later). My initial post about the experience is HERE.  Transfixed, I just watched him swim around the tank and hoped that one day I would see his bigger kin with my own eyes as well. 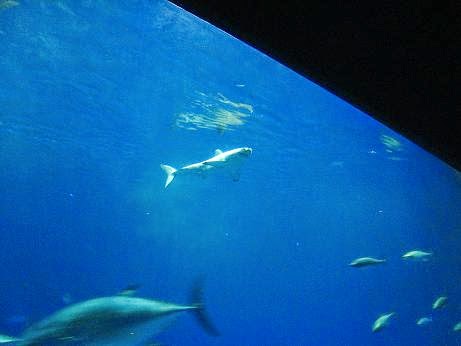 But after we had kids, the dream of actually seeing sharks in the wild seemed nearly impossible. Even though sharky things kept popping up....

It's become a fun thing where friends will forward or share anything sharkworthy (stories/pictures) with me. But I still couldn't help but want something more.  This got my wheels turning last summer which lead to big plans...
at 10:46 PM