About that Trip to South Africa...

During Discovery's Shark Week 2001, I watched a program called Air Jaws.  The show documented the South African Great White Sharks that launch themselves out of the water to hunt seals.  Up until that point in my life of avidly watching shark documentaries and being a decent shark aficionado, I had never heard of (let alone seen) such behavior. So as the first few sharks leaped out of the water on screen, I stood up in my empty living room, pointed at the TV and screamed, "I am so going there someday!"

Our journey to South Africa this past July involved a lot of planning, multitudes of logistics and heaps of grandparent karma as we would be leaving the children behind. As a result, we observed wild animals in native habitats during a boundary-pushing, comfort zone smashing, epic adventure.

Here are 10 Highlights from the Other Side of the World... 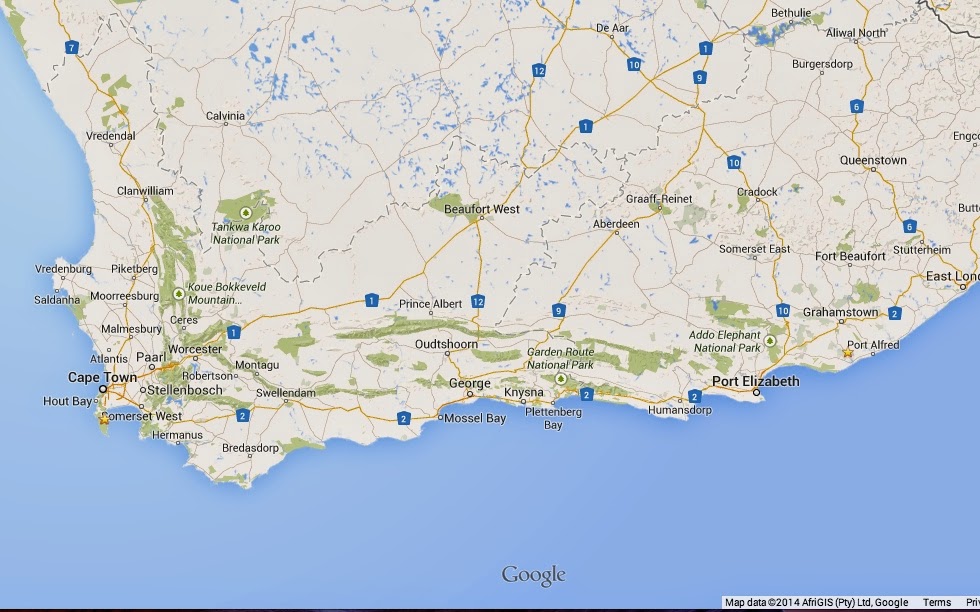 1. Meeting Chris and Monique Fallows
One of the men who studied and tracked these amazing South African sharks was none other than Chris Fallows, featured extensively in Air Jaws and the sequels. He and his wife, Monique, are the co-purveyors of APEX Shark Expeditions.  It was like meeting shark celebrities. 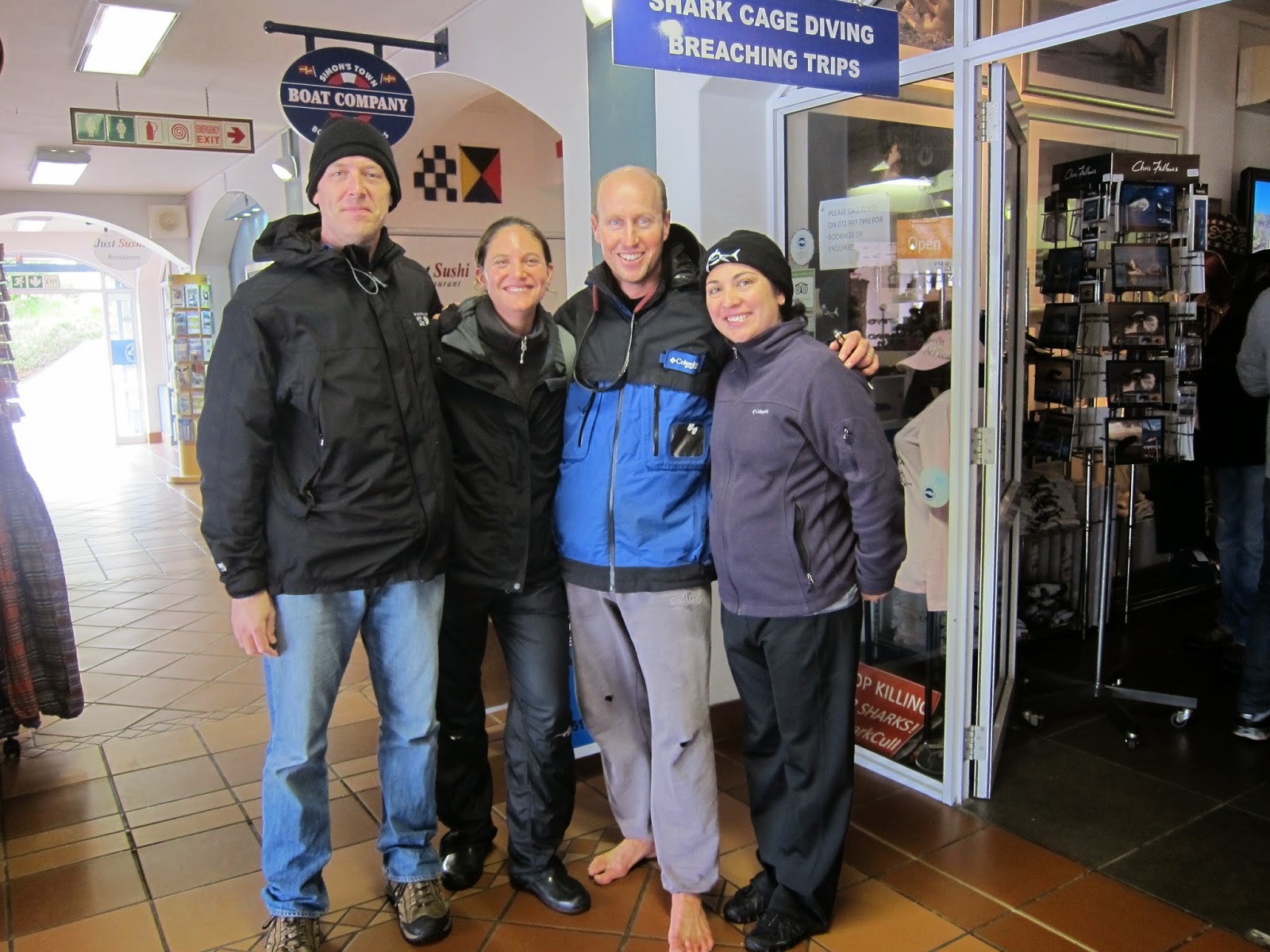 2. Cage Diving with Great White Sharks
I'd describe South Africa as complex, picturesque and politically fascinating place but honestly seeing the Great White Sharks were the MAIN reason we went there. Well, that, and wanting to do something completely wild and crazy to celebrate my 40th. (Mission accomplished!) We went out on the boat at total of 4 times: having 3 cage dives and 1 predation trip.  The weather wasn't very warm (it's their winter) but the sharks were magnificent.  This video is the culmination of all those trips.
[Be sure to watch this video in 1080p HD, available in the settings drop down.]

3. Throttling One's Fear of Foreign Places
When diving with Great White Sharks seems like the least dangerous aspect of your trip, you really have to wonder. You know that thing when you read a bunch of travel books and the State Department advisory webpage and they basically say you're a big dummy to go travel around in this country? The reasons: "a very high level of crime," "one of the highest rates of sexual assault in the world" and "several US citizens have been robbed at gun point" while "car jackings and thefts from cars are serious problems." Yes, that's not anxiety-making at all. But a number of close friends had just traveled to the Cape Town area with no experiences like that. Obviously we had to keep our guard up and be vigilant but nothing bad happened. Also APEX made all of our travel arrangements through reputable businesses and we always had cars with drivers--never taxies or public transport. The two places we stayed in (Simon's Town and Kariega Game Reserve) were very safe and secure. However on our first full day in country in Simon's Town, we heard machine gun fire. For 30 minutes, we were freaking out in our room and I began to mentally beat myself up for getting us into this mess. Finally we just called our B&B host and emailed the APEX office manager about it...

4. Land Animal Experience: Penguins that Sound like Jackasses
Seeing (and hearing) is believing. These guys are specific to South Africa and make donkey sounds! There is an elevated wooden walkway to view them from so that you don't disturb their nests or general ambling around. It was pretty spectacular how many there were and how freely they came and went. But don't even think of snatching one of these as a trip souvenir. They are biters and will seriously hurt you--at least that was what the sign said. 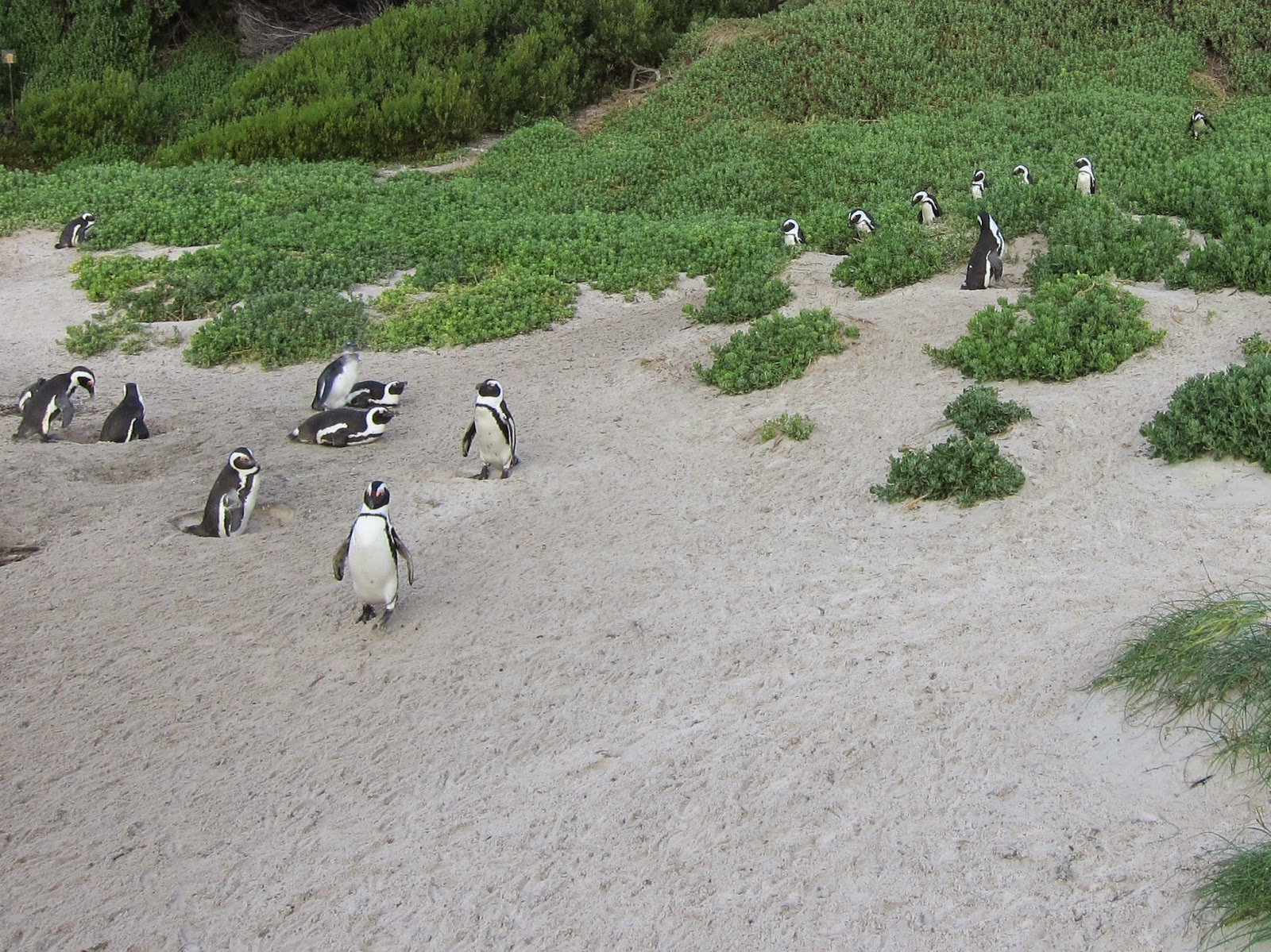 5. Baboon on a Hot Tin Roof
These animals are fine to humans as long as you don’t have food.  But the most dangerous place is between a Baboon and some food. We heard some horrific stories of what baboons will do to people (bite mostly) if you have something they want. The baboons have human minders who alert travelers to their presence and are in charge of trying to keeping them off the roads so they don’t get hit.  One of these guys encouraged people to get out of our car and take pics of the baboons, especially because one had hopped up on the roof of our van. 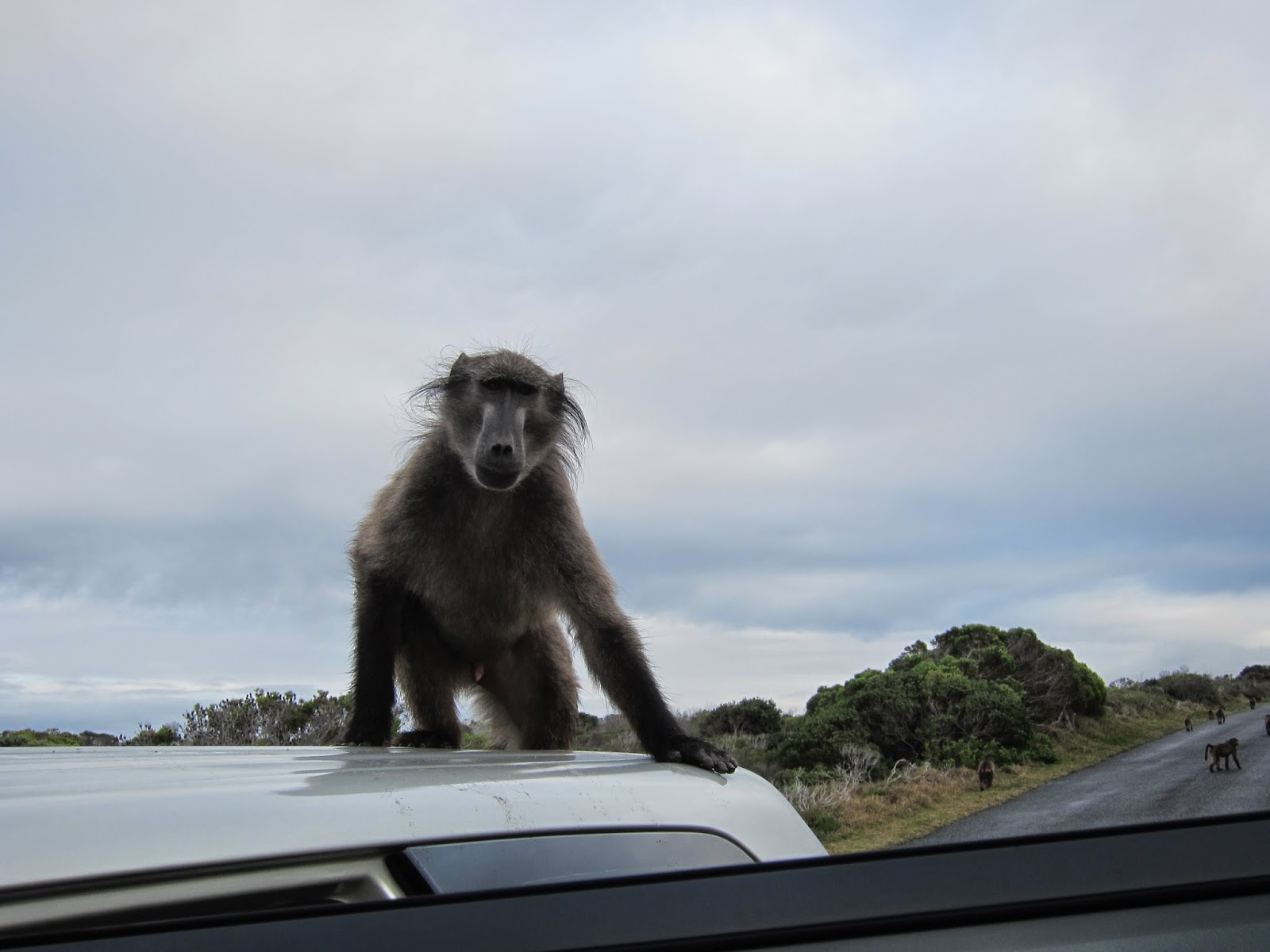 6. Land Animal Experience: Eagle Encounter & Bird Rehab Center
Eagle Encounters--a sanctuary and rehabilitation facility for birds of prey--was on-property of one of the wineries we visited and they let you get very close to the birds.  You can even put on a glove and have some owls fly to your hand.  Or you can pet some little owls.  They have gigantic eagles and falcons.  All of these birds were rescued from dire situations or have been injured.  One can tell the people there really love and care about the animals.  Their reintroduction into the wild rate is 65%.  One of the folks there, a 15-year-old volunteer named Cameron, showed us around and told us that he hoped to be a wildlife vet and work at one of the big game reserves one day.  He knew everything about the birds and clearly loved each one of them. It was so impressive to see someone that young know their passion and to take initiative to ramp up in such a way.  He also showed us a boa constrictor, lizards and owl chicks. But partway through visiting Eagle Encounters, the wind and the rain came down in epic proportions and all the birds had to be taken inside. 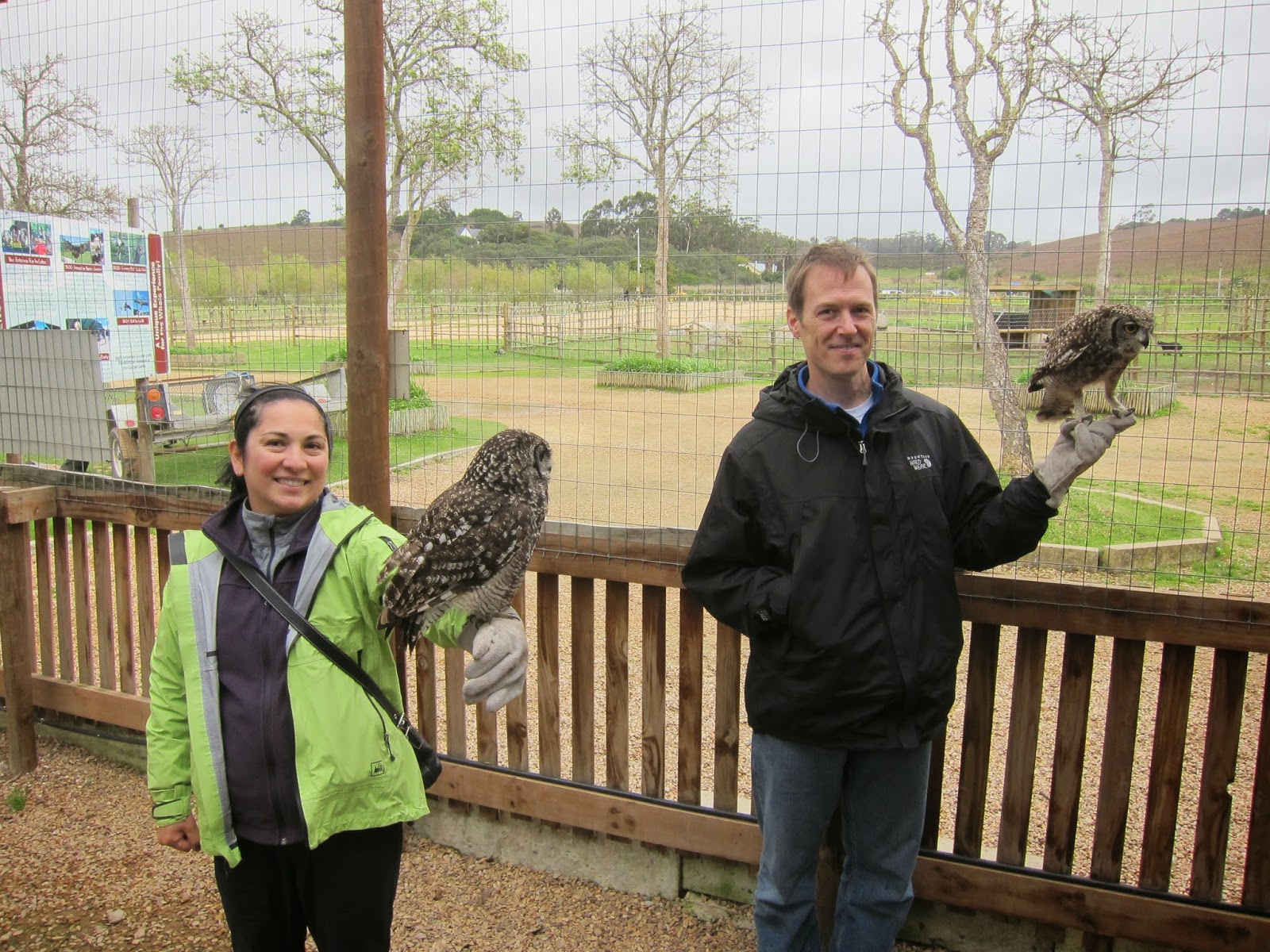 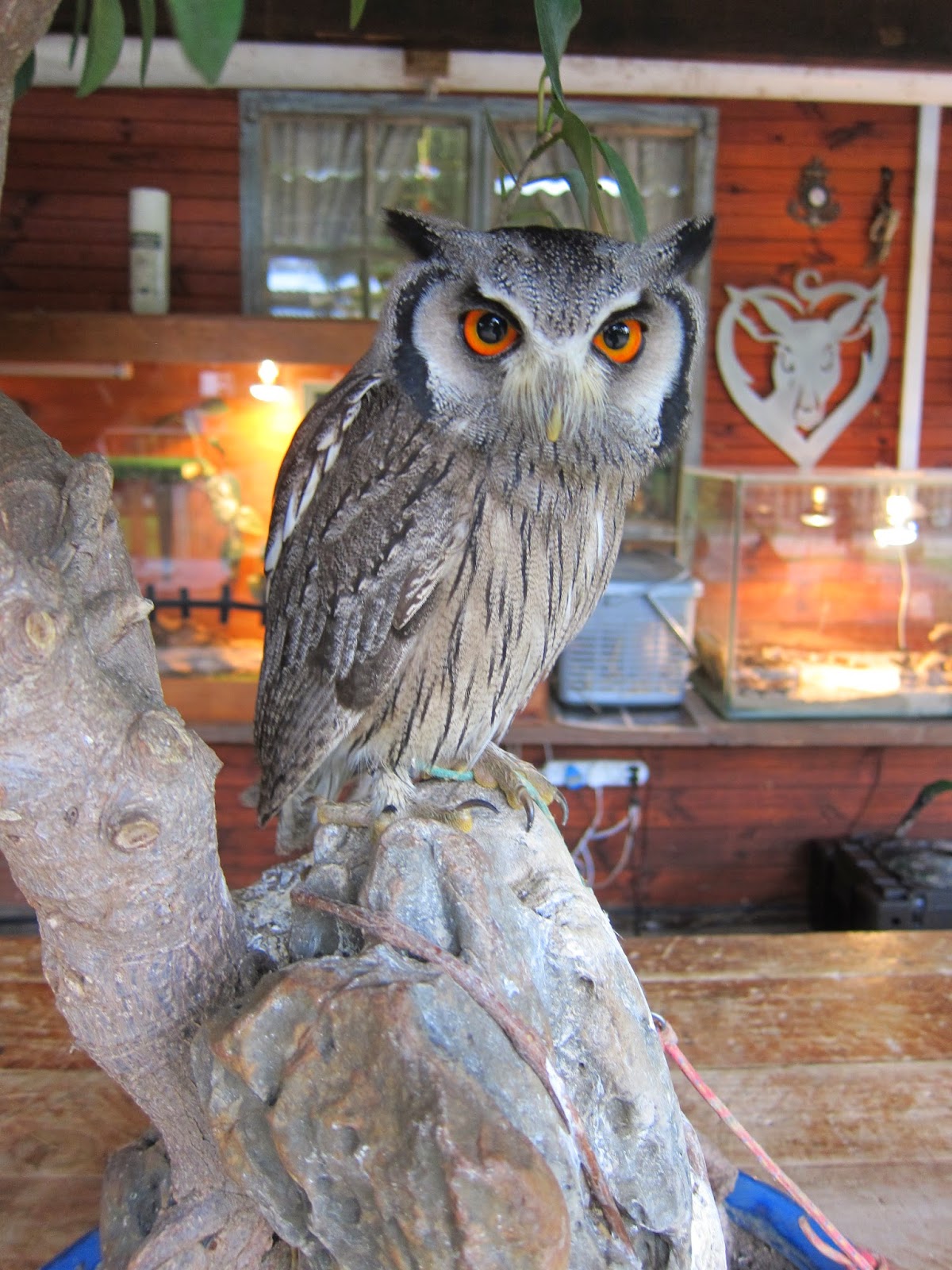 7. King of the Reserve
Kariega Game Reserve is a gigantic 9000 hectares (roughly 22,240 acres).  Our guide Louis picked us up in the open air modified Land Cruiser that would be our jeep for the duration.  I love this vehicle.  It’s amazing in the Bush and rides like a dream. When we came across the lion, he was seemingly looking for the rest of his family. But, being that close to a predator in an open-air jeep, well it certainly gives you pause and elicits a ton of respect. 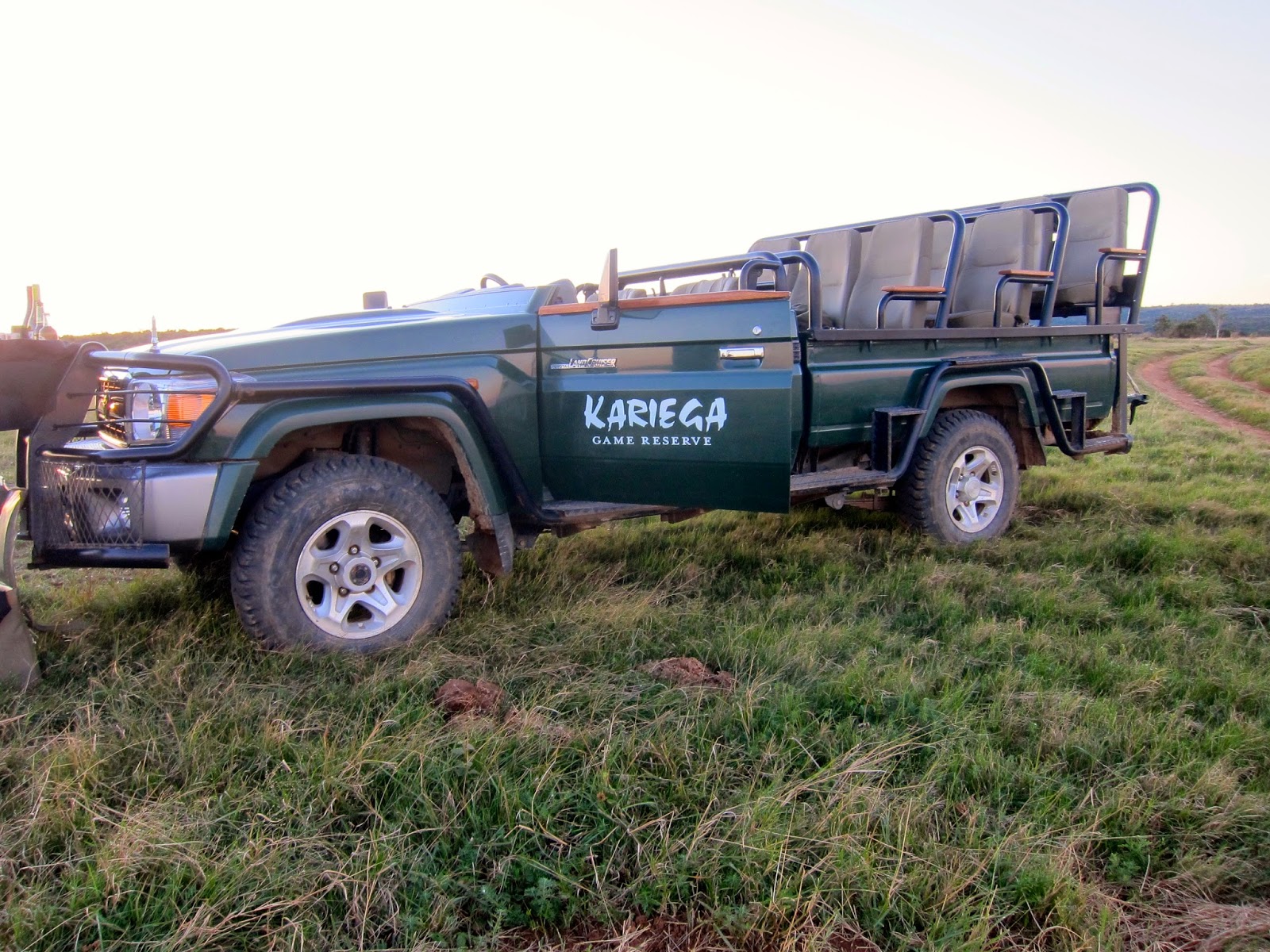 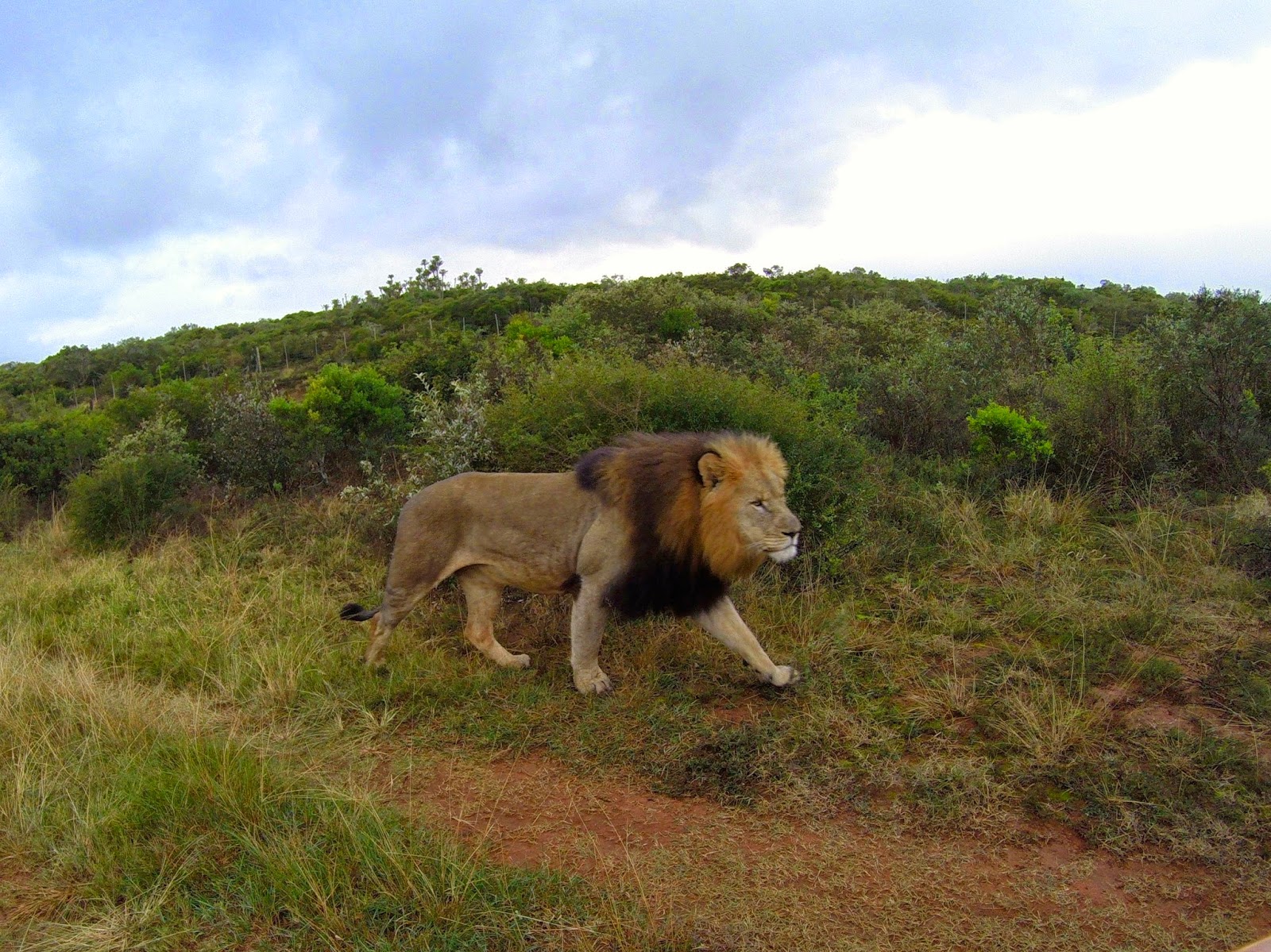 A funny thing: I don't have a picture of this but I remember one day we saw a house cat out on the reserve because the manager of the reserve lives onsite. It struck me as the weirdest sight because the cat looked totally out of place with Bless Buck, Wildebeest and Impala all wandering around behind it. But I bet that cat felt super-stoked given the crowd he got to run with.

8. Stealthy Sipper: Rogue Giraffe
The biggest surprise of the trip is when we caught this curious guy taking a drink out of our little pool on our patio. Animals are not allowed in the chalet area where people stay. There is a fence surround and a large gate leading to the lodge & chalets but it stays open during the day for the jeeps. Despite that, this guy wandered inside and from of all the chalets he could have chosen, we were the lucky ones. That water is much too cold for us to swim in so they don't put chemicals in it during the winter. So I'm sure the water was better tasting then the water hole. 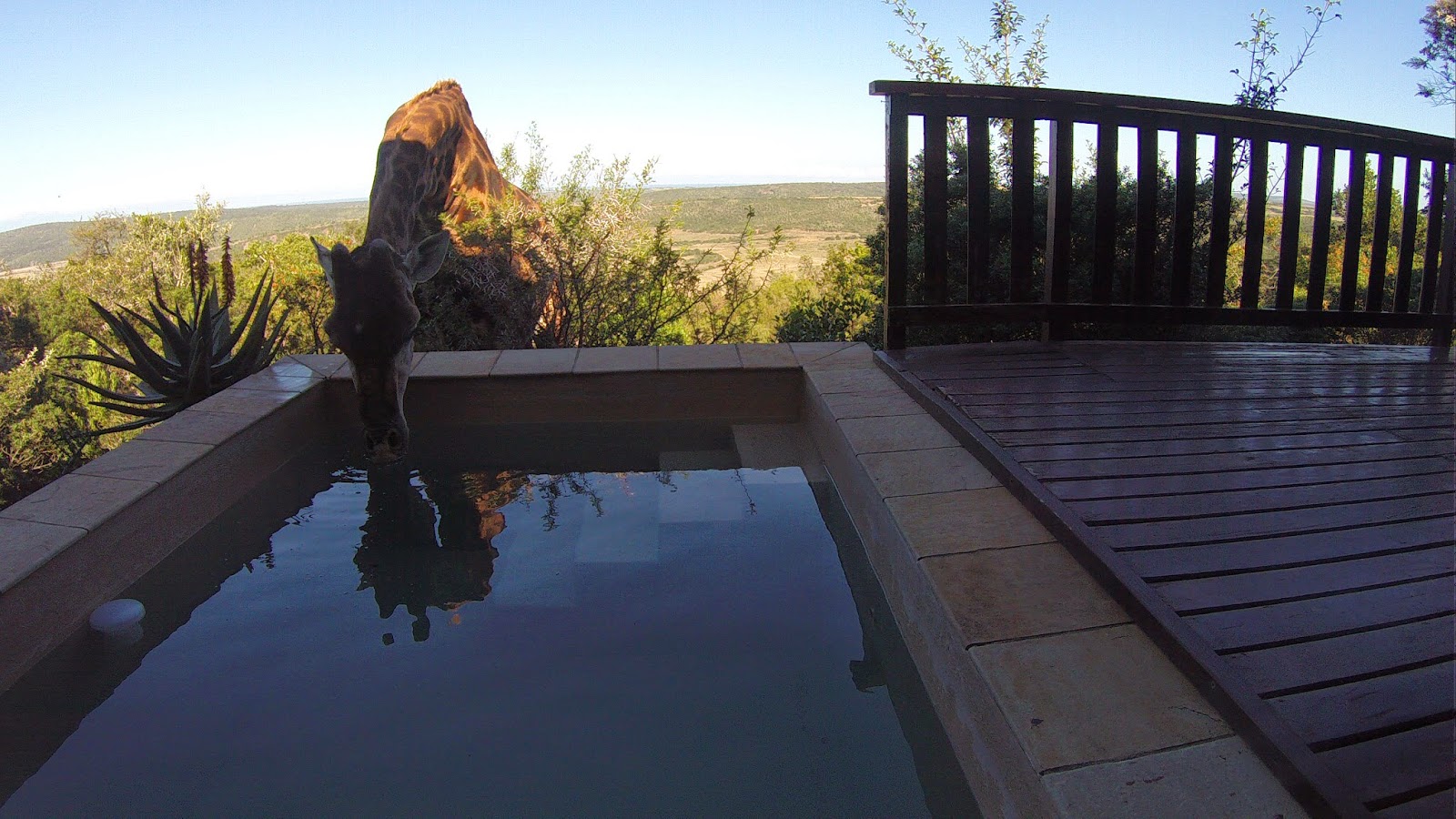 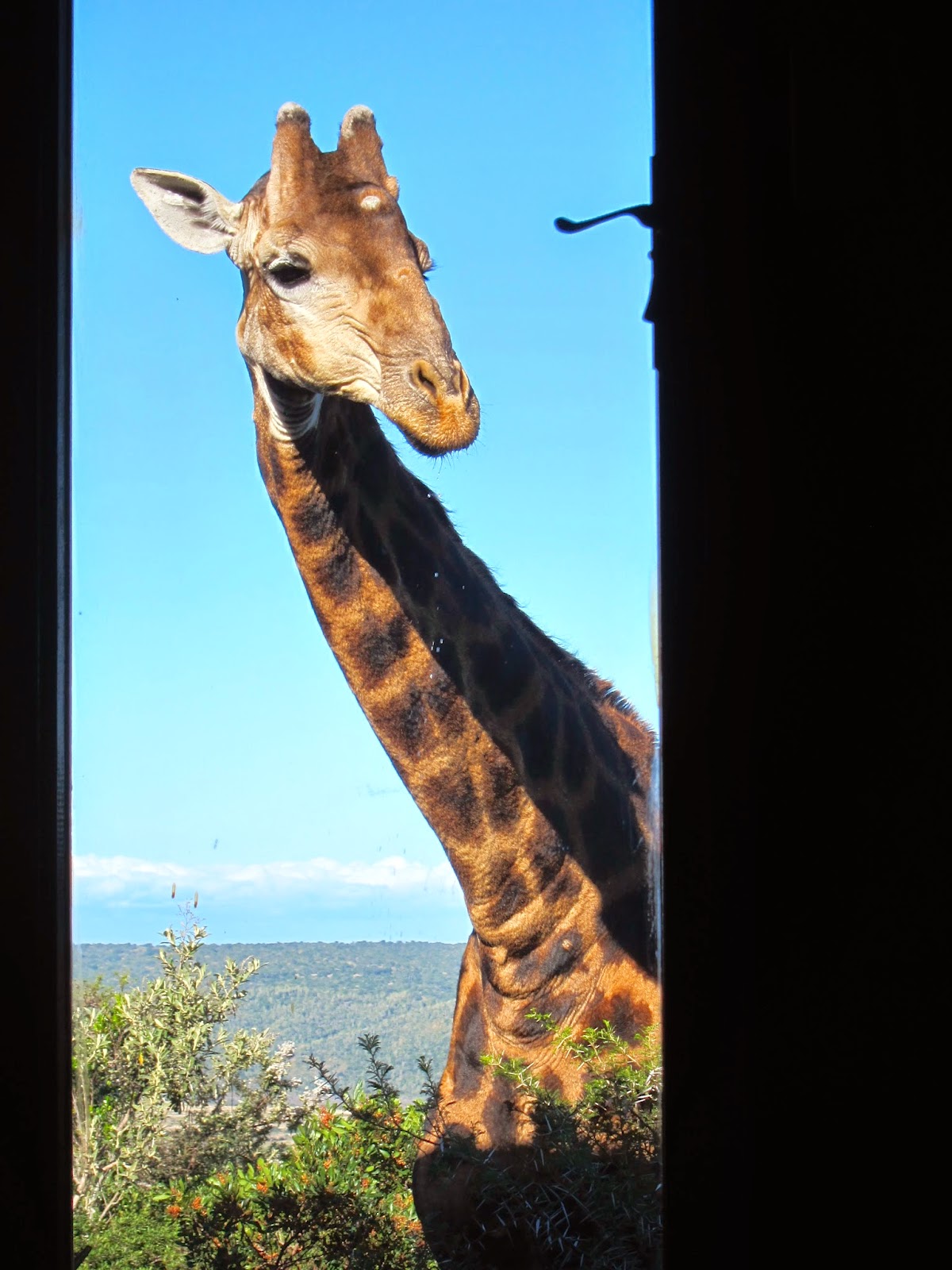 9. Elephants, Elephants, Elephants
Ken and I couldn't get over all the baby elephants.  There were at least 5 wee ones and 5-7 youngsters of varying age & size.  The herd consisted of probably 25-30 animals and one day we came across almost all of them on their way to a watering hole.  If I had ever doubted before, you can see when looking at these elephants that they are calm, happy and living as elephants should.  We sat stunned as the huge matriarch marched by, within a few feet of the jeep.  To see such large animals at close distance and to feel them go about their business unthreatened and unstressed just made my life.  We circled back to the watering hole where almost all of the elephants had gathered and just let it all sink in.

This is a 3-minute video of the safari adventure with a sampling of the animals we observed. There is nothing more inspiring than seeing these animals in a natural habitat and being themselves.

10. Uninterrupted time with this guy
We left the kids in Portland with my family and by virtue of the preparation I did, the kind of people my folks are and how adaptable the kids were, we had no worries after settling in that everyone was doing great at home. That allowed Ken and me to relax and focus on our vacation. But despite having no children with us, we still had to get up early and be on a schedule (sad trombone). Since the animals wouldn't wait for us to leisurely rise at 9 am, we got up by 6:30AM almost everyday. Nevertheless, Ken and I got to spend 2 whole weeks hanging out with each other and just being a couple again. And as a bonus, we didn't once have to choose a restaurant based on if they served mac & cheese. 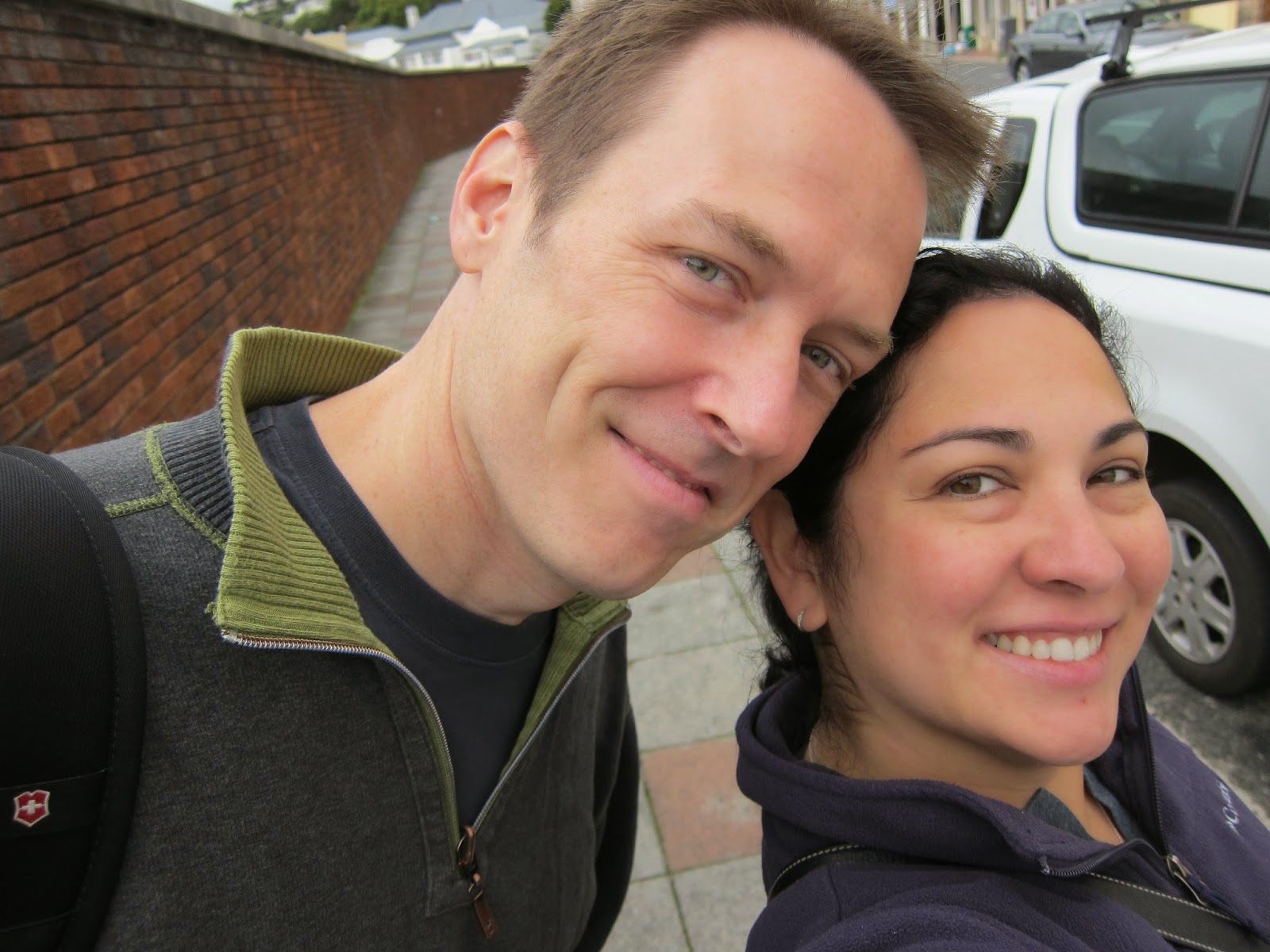 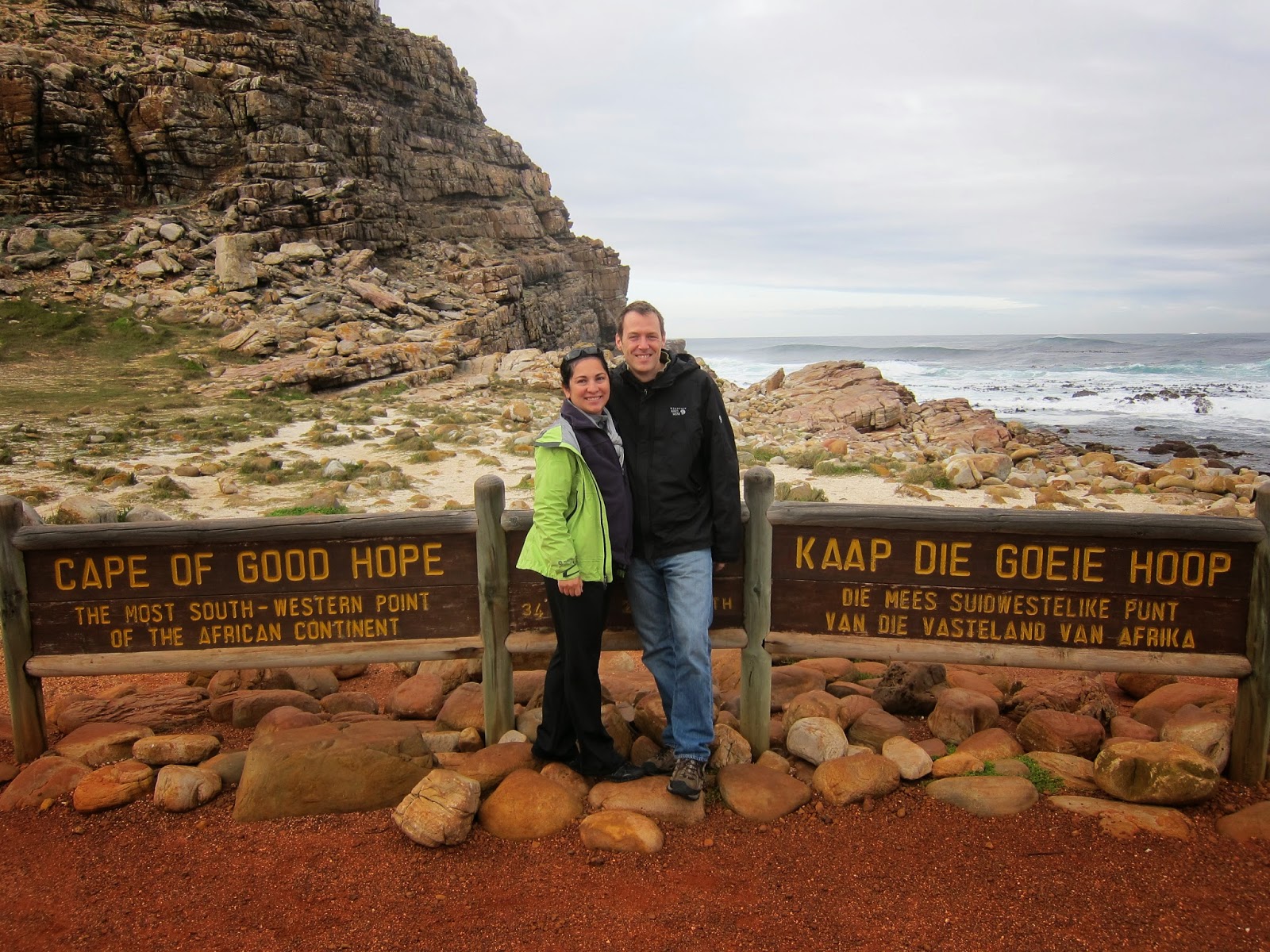 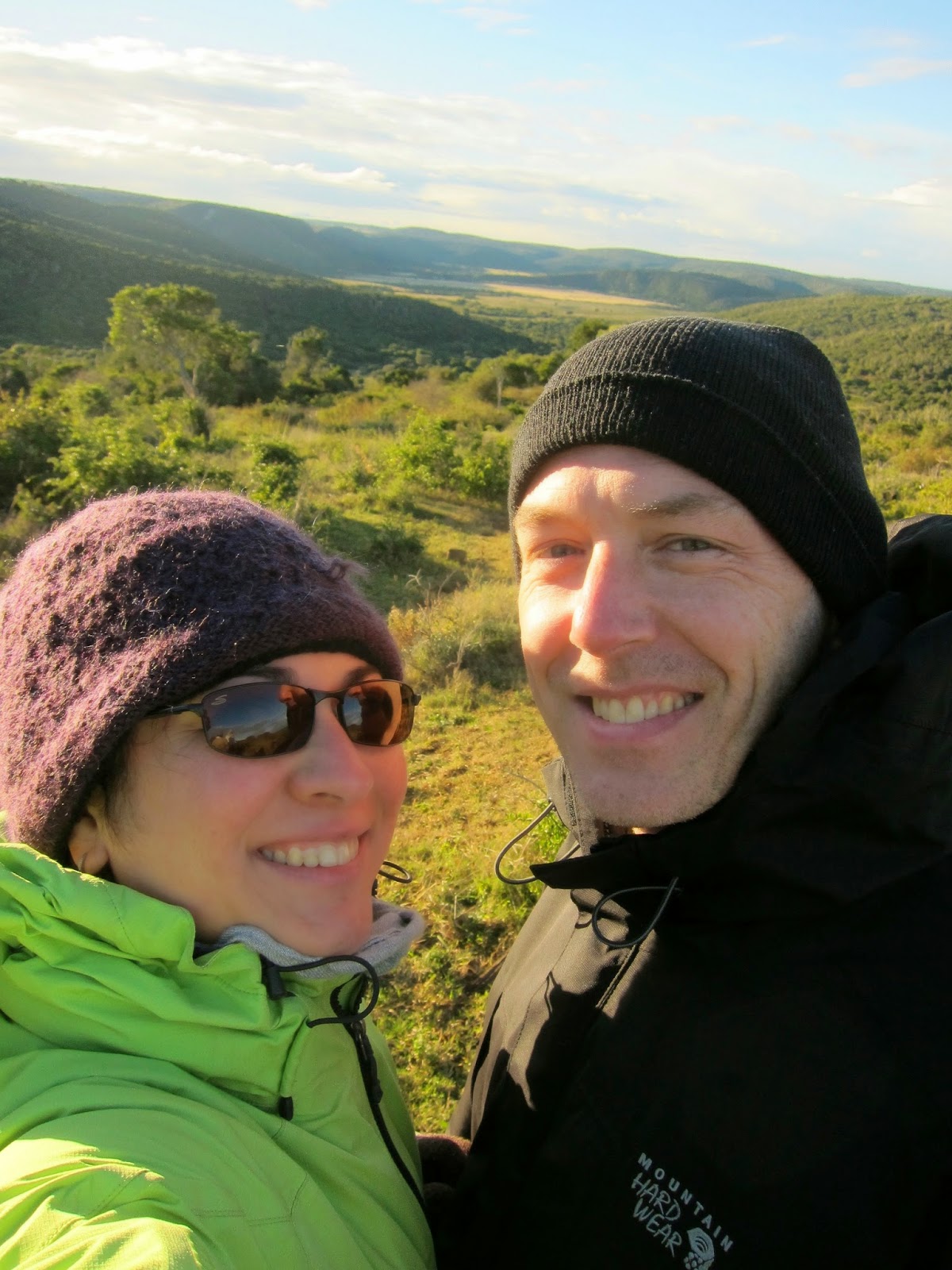 So pleased you loved your stay in South Africa, particularly at Kariega Game Reserve. Looking forward to reading your blog on our website soon! And happy belated birthday :)

I have watched your shark and land videos several times and I just love they way you put them together...and the music: so perfect. Glad you had this chance for an adventure and some quality time together.