Favorite Album on the iPod, in the car, in my head: "Brothers" by Black Keys

Very rarely do I ever enjoy an entire album of music. As most things in life, I am discerning, specific, picky.  Just like when eating, I leave a little something on the plate as to not over-indulge and say not everything made the cut.  And along those lines, you can't honestly expect a collection of 14 songs on one album to ALL be good. 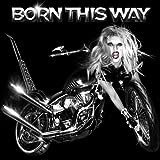 On her latest album, Ms. Lady Gaga whom I adore has songs on her album that upon sounding the first 3 notes get the >> button.  (But NOT "Government Hooker".  I love that song.)  "Bad Kids", "Highway Unicorn", "Fashion of His Love," "Heavy Metal Lover"---are a pass.

Even for Depeche Mode, my most favorite band in the world, I have grown to love Violator as an album instead of the collection of good and okay songs I had initially thought it to be.  But that took years.  Years.  Perhaps Black Celebration which is arguably recognized by most fans as their best effort is their quintessential "album".  But it doesn't keep you gripped from song to song with emotional tension begging for resolve.   A collection of good songs for sure but definitely lacking urgency.

And how about the Killers?  I found their Day and Age album to be a great package: jaunty yet with a little menacing, completely listenable from end to end, upbeat with moments of reflection and great for road trips.   And all the while just slightly out of my vocal range to Ken's chagrin.  (I like to sing in the car.)

But then there was the Black Keys' album called Brothers.  Upon my first listen to this CD, my god...  It's so cliche to say "it spoke to me."  But it really did.  The emotional tenor, jaunty beats, soulful tone throughout, the flow from one song to the next and aural surprises like use of a harpsichord, kazoo and the human voice as sound effects. The singer pours his heart out about longing, searching, proclaiming, sinning, coveting, taking revenge in a way that cuts through the trite bulls**t of a lot of music on the radio these days.  I know this was released back in May 2010 but I just heard it in August of this year.  Nevertheless, I am listening to it constantly as it came out a week ago.  If a certain David Purnell ever returns to fair Seattle, we shall have to reunite the Basement band and celebrate with a Black Keys Medley.  Oh yes it will be done.
at 11:52 PM