We just got back from a week long trip to Santa Cruz, California which is about a 1 hour drive from the San Jose area where Ken was working for the week. Sidney and I accompanied Ken so that he could participate on an important project with his team locally and we did not miss out so much on Daddy time at night. We did this last year too.   But this year we stayed in a large house with Ken's folks who flew out from the East Coast as well as his sister-in-law, her husband.  Also, Ken's brother Ed and Ed's girlfriend came up from San Diego for a few days to join in the fun.  It was an amazing home with a killer view and a grand kitchen. 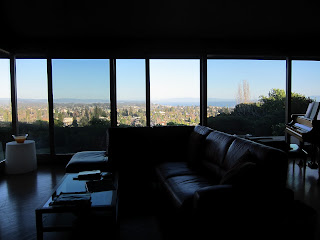 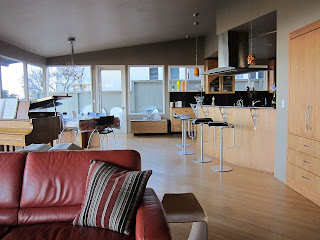 For once in my life, the bed was great but there were no curtains in any of the east facing bedrooms.  This meant when the sun came up so were you.  That was at about 6:30am.  Not a great time of day for me.  Sidney unfortunately adapted to this schedule and she is still getting up that early.  Many parents will have no sympathy for me but she was a solid 7:30/8am riser and now alas...  But daylight savings change is coming up on my birthday this year, March 11.  (I guess that is my birthday present from the universe.)  So this may be a good development. 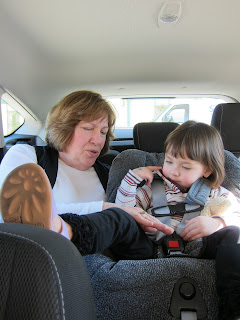 The home was near a park that had a huge pond with all kinds of various water foul.  We took bread down two separate times to feed the ducks and such.  But they were pretty aggressive and I had to put Sidney up on a park bench so that she was sort of out of harms way.  On the second day as she was feeding them, she didn't release the bread from her hand fast enough and one of the evil ducks nipped her finger.  She was just surprised by it and a little upset.  But mostly it was fun to watch the ducks and other birds. 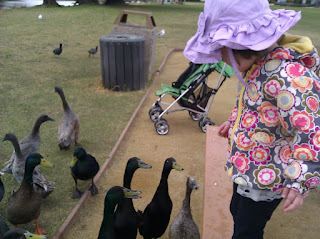 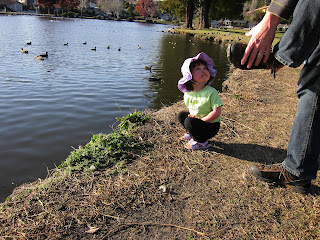 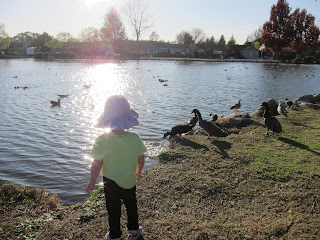 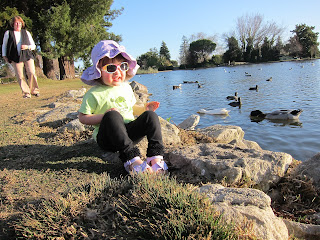 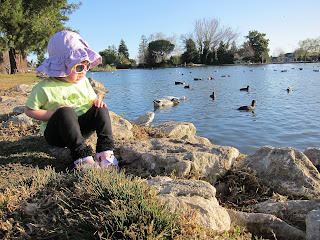 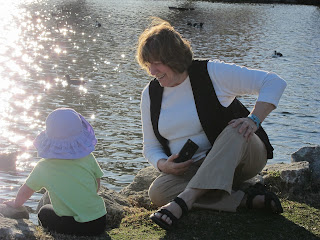 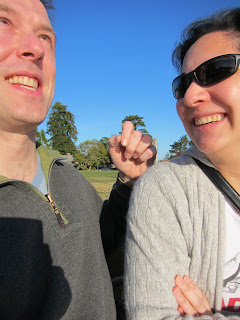 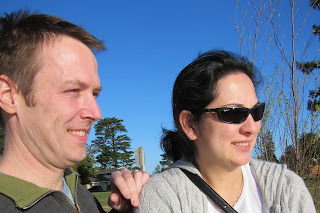 There was also some great playground equipment/structures to play on. 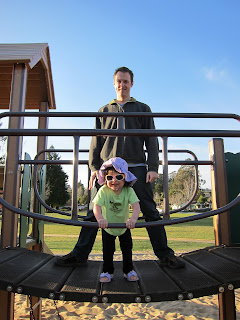 The weather was great for a few days then it turned to what we usually expect here in Seattle.  I packed a little too optimistically so I wore the same sweater almost everyday.  But the day these pictures were taken was a one of those warm perfect days that you expect from California. 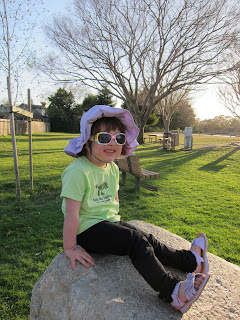