It's no secret that London is one of my most favorite cities in the world. The theater scene alone is unrivaled. But one of the things I love most about it is that it's a very old city that built up over the centuries. The old and the new co-exist all at once and you can see it everywhere. 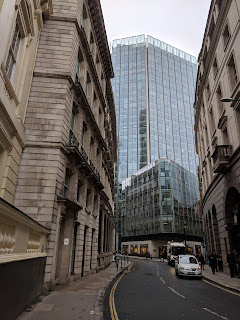 Also you're hard pressed to find a street that runs truly straight or doesn't rename itself past any random intersection. 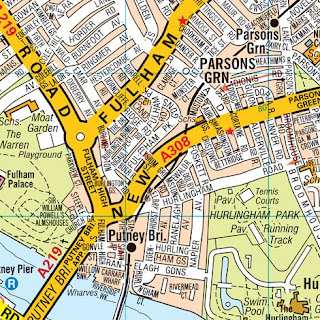 Navigating the city via surface streets can be a challenge (in the early 90's I only used a small book of maps called A to Z --no cellphone, no GPS) but the very best part is how all the curved and angled streets create alleys, passages and corridors around every corner. So just walking around the city--even on a habitual route--you're bound to see something new every time. I really missed that.

Our trip wasn't the first time I've been back since the college days but it was significant that I spent a solid week there. Ken had already been in London for a week for work by the time I arrived, so he spent a total of 2 weeks there. My goals for this trip were to see a variety of theater shows, eat well, cover some touristy (and not so touristy) things I'd missed during previous trips and just reconnect with the city again. I'm happy to say that all the boxes got checked.

Sunday:
Arrival, Soho/Leister Square Wanderings, Shake Shack
As expected, Soho is swarming with tourists and the West End Musical shows are all located here. Great energy and easy access to food and entertainment. We chose to get an AirBnB in this area due to it's centrality but next time I think I'd opt to stay in one of the quieter neighborhoods. Nevertheless, the area was buzzing and there was no mistaking that I was not in Seattle anymore. (Except for the rain. That was very familiar.) 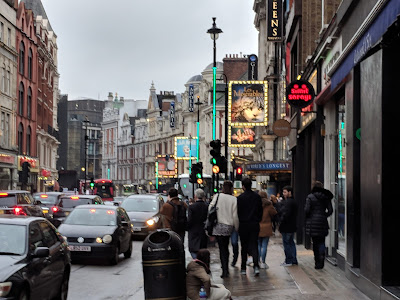 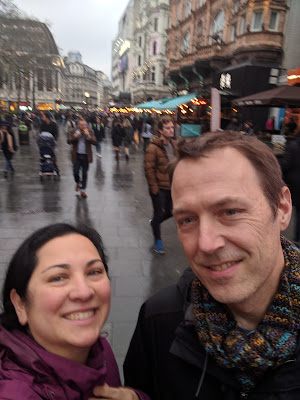 Monday:
Droitwich Spa, visiting Stella & visit Hanbury Hall
The connection I have to the UK was also rooted in people. American students I met/lived with, media folk from all over whom I worked with at CBS and especially an elderly British couple (Betty & Ron) out of SW England. They were friends of my step-aunt & step-uncle and I unofficially adopted them as surrogate grandparents.
During my college year in London, I spent both Christmas and Easter holidays with them at their home which was a 2 hour train ride from London. When Ken and I took our fateful European trip in 2004 (during which we got engaged), we stayed with them for a few days before moving on to Italy. The last trip Ron & Betty took to America was in 2005 to Oregon for our wedding. Ron passed in 2009 and Betty died in 2014. Their estate was settled by Betty's cousin, Stella, and we began corresponding a little. She was focused on her solemn task and was very kind to me, an American woman she'd seen in a few pictures but never met. I told her that one day we'd come to visit.
So finally we made good on that promise. Stella lives NW of London near Birmingham. We'd never been to her town (Droitwich Spa) which used to have salt mines and famous spas. Both are now obsolete but it's a charming town that seems to rarely see tourists and especially Americans. Our accents stood out and hung ungracefully in the air like the dance moves of a rhythmless, awkward teenager. But other than that it was delightful. She took us around the town to the church she was married in, where she & her family once owned a mechanic shop, her new home flat, to the shopping center, a historical manor & gardens and to a restaurant with great fish and chips. We also got to meet some of her grandkids who now live in Australia but were visiting. Lively conversation at dinner about the differences between English, Australian & American terms for things. That day was a definite highlight of our UK trip. 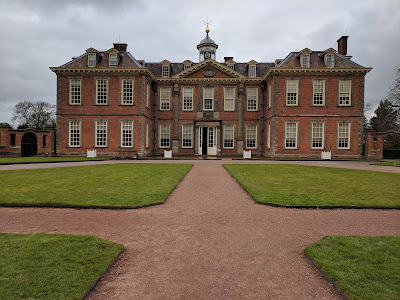 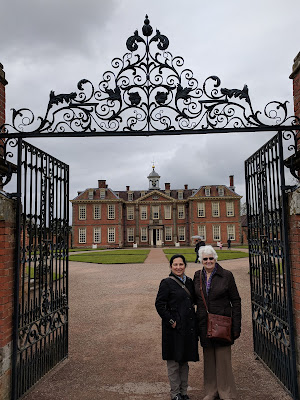 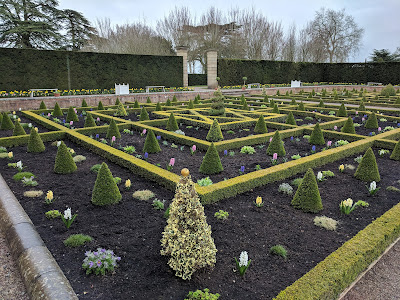 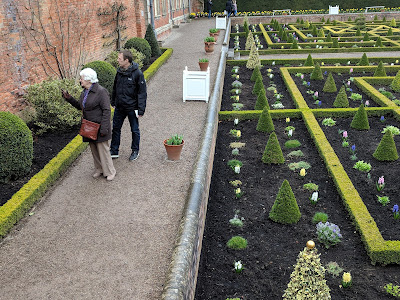 How special it must have felt to meet Stella!