There's one thing I do when I look at a picture of a couple expecting their first child. I focus in on their faces and marvel at the untested optimism and well-rested, fully-present gleam in their eyes and think, “Oh what they don’t know…” There's something striking about it--to be so unburdened by the kind of doubt, responsibility, exhaustion and heartache that's to come. To be, in a word, untested.

There are other moments in life marked with a profound before and after. I also get this feeling when I see pictures of myself prior to November 8, 2016--the last election day. And this is not just because my candidate didn't win. We’re way past that.


When I look at this picture, I see a woman who saw only part of the world she walked in and knew only a fraction of the things she should know. Someone who wasn't engaged or cared enough to spend time cultivating civic connections. Someone who may have experienced select moments of racism but largely didn’t understand the enormity of what Black people put up with on a daily basis. Someone whose knowledge of government workings peaked with a School House Rock cartoon. Someone who felt politics were tedious, procedural, personally unaffecting and best left for smarter, more power-hungry people. Someone, almost foreign to me now.

Everyone has opinions about the way society should be. Motivations for one’s world view are inspired by socioeconomics, faith, sexual/gender identity, race, education, travel--just to name a few. For me, my primary inspiration comes from being a mother. It’s actually both empowering and daunting. These last 365 days have been eye-opening and at times discouraging because I now realize the U.S. is a big place full of lots of people with very different ideas than me and people around me. The state of civic discourse, society’s direction and interpersonal/interfamilial conflicts under this administration have cut more deeply than at any other time. But I think about what kind of world I wish to hand over to my children and it steadies my resolve to help make positive change. 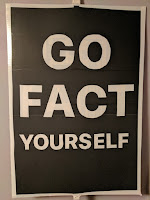 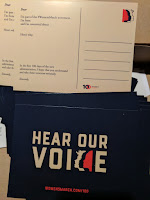 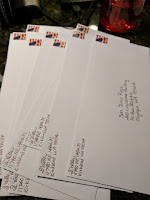 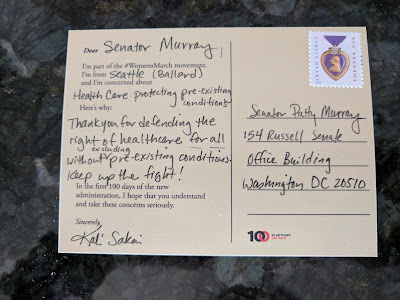 In these past 365 days, I have become a student again. First sad and begrudgingly, then eager to learn about civics, advocacy, history, government, politics, law, race relations. Subjects I merrily stayed ignorant of and uninvolved with because they were for other people who would take care of the rest of us. If I have realized anything, it’s that real democracy is not a spectator sport. Like a cold splash of water, that truth jolted me out of my sleepwalk. Time to step the f**k up and engage, use my voice and make civic participation part of daily life--not just a yearly chore. This is my responsibility as a citizen, as a parent. And this is what this past year has been about.


No more not knowing who represents us locally, statewide or nationally. No more not seeking multiple sources of information on issues local and national. No more throwing up my hands about how “complex” or “nuanced” a topic is so I give up on it. No more pretending that being busy is reason enough to disengage. There is a lot I still don’t know (or will never know) and while I won’t be an expert on funding schools or the plight of homeless people or the Emuluents clause or tax law, it won’t stop me from paying attention and trying to help make this country a better place in modest ways: such as giving money, giving stuff, showing up, speaking out or refocusing hours of lost attention spent on celebrity gossip.

My new ‘friends’ at Pod Save America penned a beautiful essay about the phenomenon that sums it up even better.

"The story we’ve begun to write is the story of an American awakening – the story of a national trauma that is causing us to slowly shake off our cynicism and recognize that democracy is showing up, not just on Election Day but on all the days in between." --Jon Favreau
(https://crooked.com/article/american-awakening/)

Amazing epiphany and call to action. Very proud of you and your continuing achievements. You've definitely impacted me in a positive way.