Putting the Killer in Killer Whales

When I was 13, my dad took my brother and me to SeaWorld in San Diego.  It was a dream come true to see dolphins and whales with my own eyes because up to that point I had only seen them on TV in sea life documentaries.  I definitely loved the SeaWorld experience, especially watching Shamu and friends leap out into the air and spray us with water.  The trainers looked like they had the coolest job on the planet and strutted around like they were in complete control.  When I spotted pins for sale in the gift shop that said "Shamu Trainer," I used my allowance money to buy one.  I kept it for years as an inspiration.  I thought that if I worked hard enough, I could become a marine biologist  and one day train killer whales at SeaWorld too.  But as it sometimes goes, that dream gave way to other goals and dreams.  But still, I continued to have a deep affinity to these magnificent creatures.

Not long after I graduated from college, I discovered that there was an aquarium and an Orca-in-residence just 3 hours north of Seattle.  On a weekend trip to British Columbia, I went to the Vancouver Aquarium in 2000 and saw Bjossa.  She was a dazzling and awe-inspiring animal.   There weren't trainers in the water like at SeaWorld but the whale did show off some moves, like the one below.  At that point, with the eyes and perspective of an adult, I couldn't help but notice that the pool felt too small for such a large animal and the thrill of seeing an Orca whale was replaced by a new feeling--one of conflict--about whether this was actually a good thing for the whale.  Perhaps some foreshadowing, because according to Wikipedia, the whale was moved in April 2001 to SeaWorld in San Diego but it later died of a respiratory illness there.

In 2002, I went camping on San Juan Island with my brother, my cousin, her jack-ass husband (at the time) and some of his family/friends.  He floated the boat way too close to some wild Orca whales.  Luckily they didn't ram us as we drifted directly into their path nor did they breach under us which would have also been disastrous for everyone.  The majesty and power of the Orca was on full display and seeing them in the wild removed any pretense of all the gimmicky behavior seen in the sea parks. 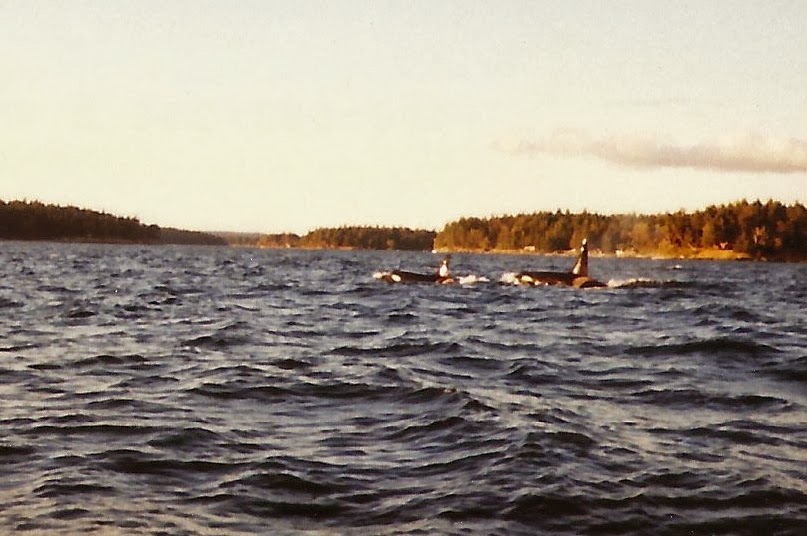 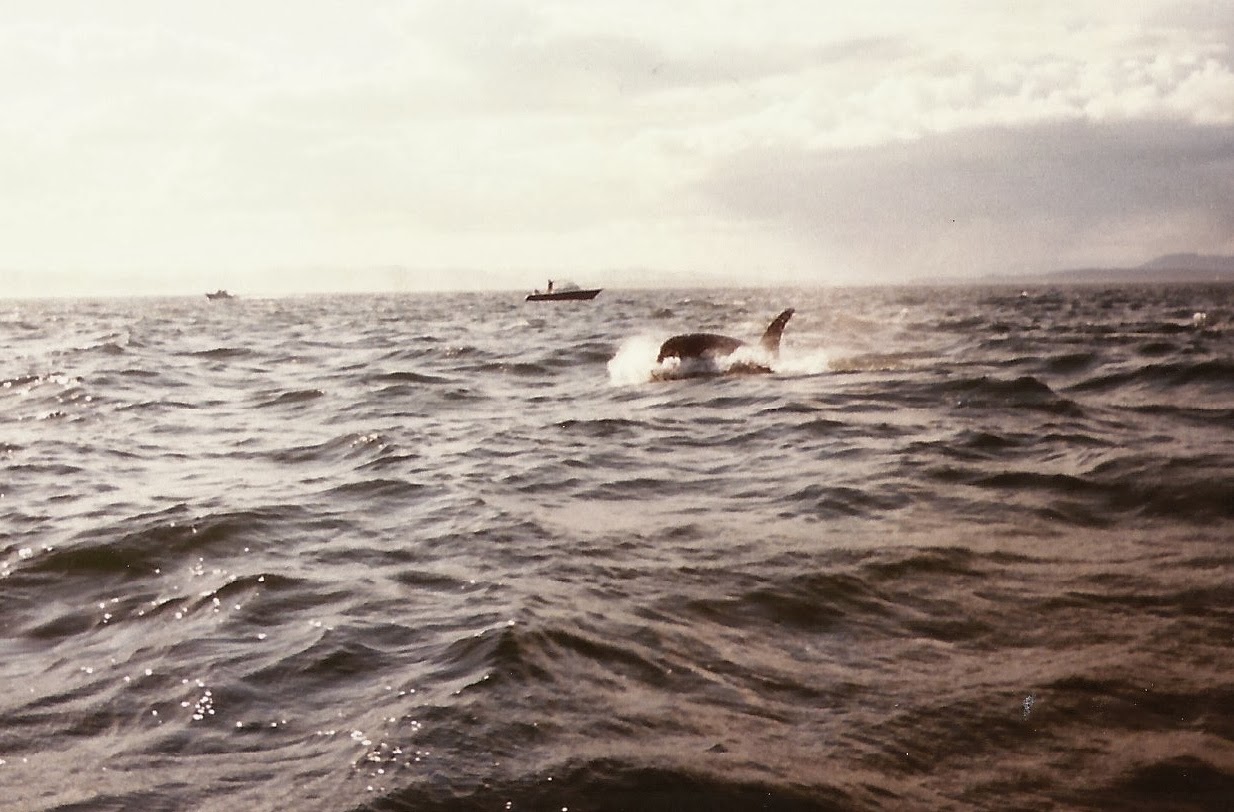 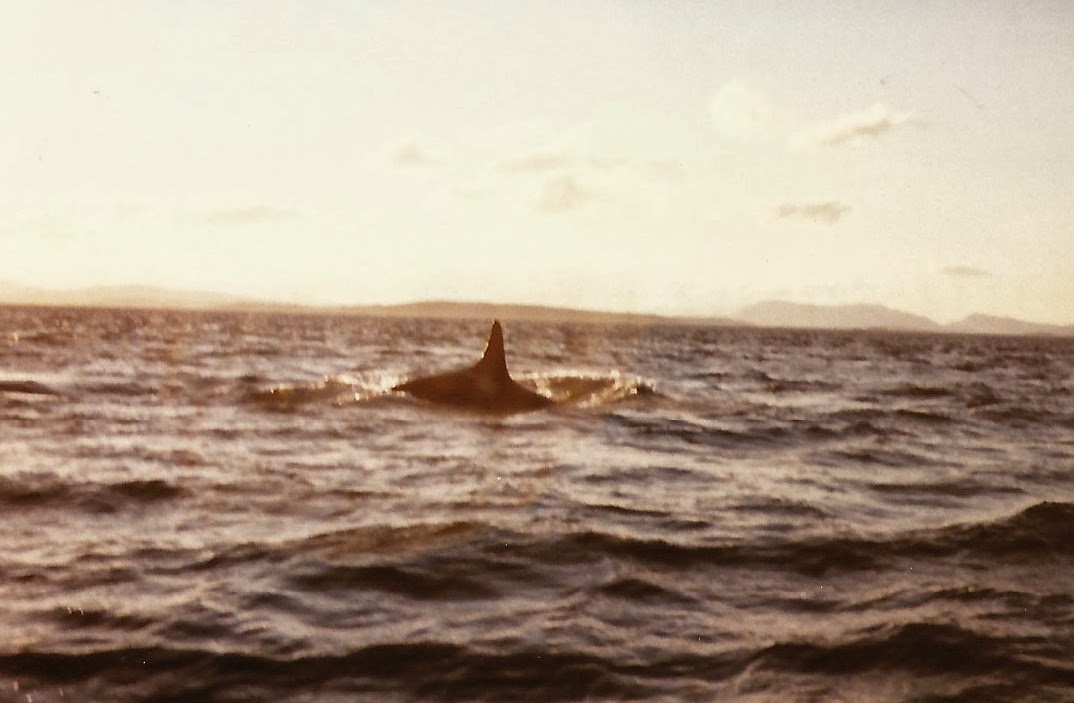 So with the recent announcement of Bindi Irwin (daughter of the late Crocodile Hunter Steve Irwin) becoming a spokesperson for SeaWorld, I jumped into the fray and watched the documentary Blackfish.  (I know it's over 8 months after the initial theatrical release but I'm busy keeping two small children in captivity, so give me a break.)  I had heard Blackfish was heartbreaking--and oh, it was.  It's an explosive expose' about SeaWorld and how they seemingly misled the public about a whale-caused death of senior trainer Dawn Brancheu.  The picture it paints is one of corporate greed and disdain for animal (and human!) welfare.  Since this documentary came out, protests, celebrity pull-outs and bad public relations have plagued SeaWorld.  Just this last week, some proposed legislation has been put forth in California about banning Orca in captivity all together.  That would destroy the centerpiece of SeaWorld's draw.  Perhaps this is why they solicited a young spokesperson who embodies communing with wild animals and whom people still harbor great sympathy/goodwill toward.  It's slimy.

I wasn't exaggerating when I said this documentary is heartbreaking, I cried some ugly cries watching this.  I think it's the mom in me because the scenes where the men are rounding up the whales in the wild and separating the calves from their mothers or when the captivity-born offspring are taken to a different location away from their mothers--oh man, I just lost it.  In the wild, these animals stay in groups (pods) with their families for life and they live similar lifespans to humans 70-80 years.  It's just like having your kid snatched from you but you can't do anything about it.  Highly, highly traumatic.

I also felt sorry for the (once) bright-eyed, young-faced former trainers--many not marine biologists, btw--who were interviewed in the movie.  They described their connection to their animals and their naive belief that they were doing something noble and important in the name of conservation and education.  But they weren't given accurate information about whale life and what these animals are like in the wild.  They were taught scripts with information that matched what was being observed in the captive whales so that nobody would realize how bad life in captivity is for these animals.  The trainers weren't even told that it was known some of these whales had killed/injured previous trainers. And of course, obviously *obviously* it's a tragedy that at least 4 trainers died working with these animals.

After considering my own experiences and watching this film, what is painfully clear to me is that human beings are kidding themselves if they think keeping large, powerful, intelligent animals in tiny boxes is preferable to letting them live out their lives in the wild.  People who believe captivity is better for these animals are ignoring the bigger motivation of the SeaWorlds and Zoos of this country: which is money.  (As a side note: the group Friends of Woodland Park Zoo Elephants, that Ken has helped in the past, posed this question on behalf of elephants as well.)  When it comes down to it, people flock to these places to see these animals, unaware or unconcerned that by doing so, they condemn these animals to a life of servitude and suffering.  How can SeaWorld and Woodland Park Zoo proclaim to be champions of animal husbandry to such large-brained, extended family-oriented, intelligent mammals when they rip them away from natural family groups and confine them to pens and pools a pittance of the size of what they naturally need to roam in?  I don't doubt that animal researchers credit many discoveries to the unparalleled access that keeping animals in captivity provides.  But in 2014 with technology being what it is, there's no way to justify keeping healthy, viable animals of this size trapped in the unnatural lifestyle of performance and captivity.

With Orcas living practically in our backyard (if the Puget Sound could be considered a backyard), we intend to take the kids on an Orca whale watch tour, but just give us a few years so we can recover from our last whale adventure...While we were in Maui this past February, we went on a 2-hour Humpback Whale Watch tour that in hindsight might have been too long for the kids.  They were good for the first 15 minutes then basically said, "how do we get off this boat now?"  But we saw a bunch of Humpback whales swimming around to their hearts content, as whales should, and we respectfully kept our distance in their "house."  It was magical in between the parts where the kids were hungry, tired and fussy.

Off Maalaea Harbor in Maui 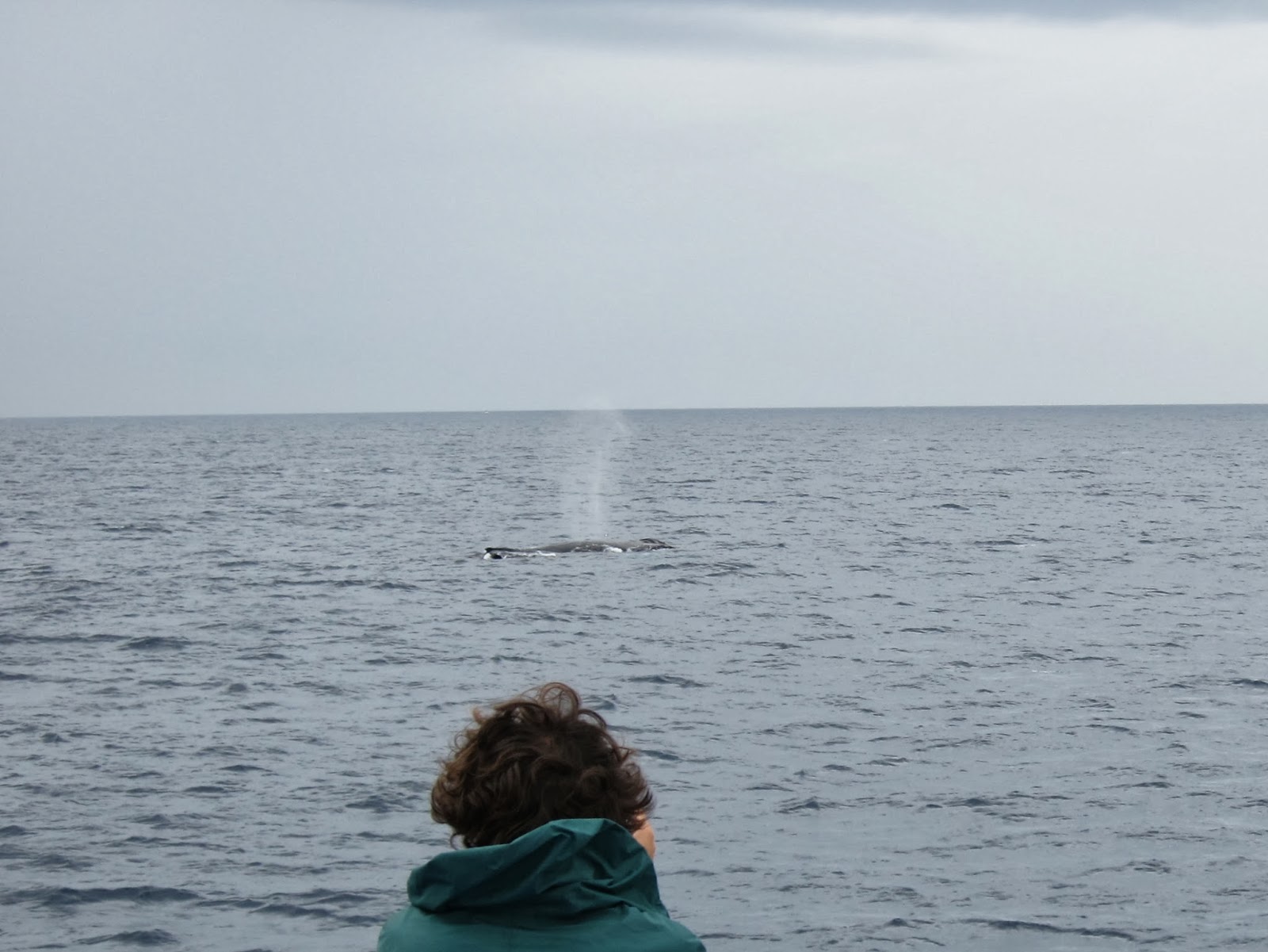 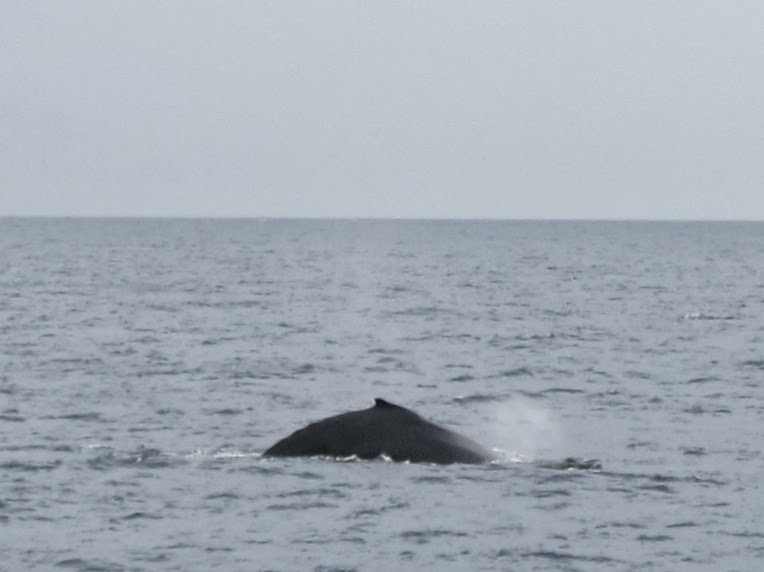 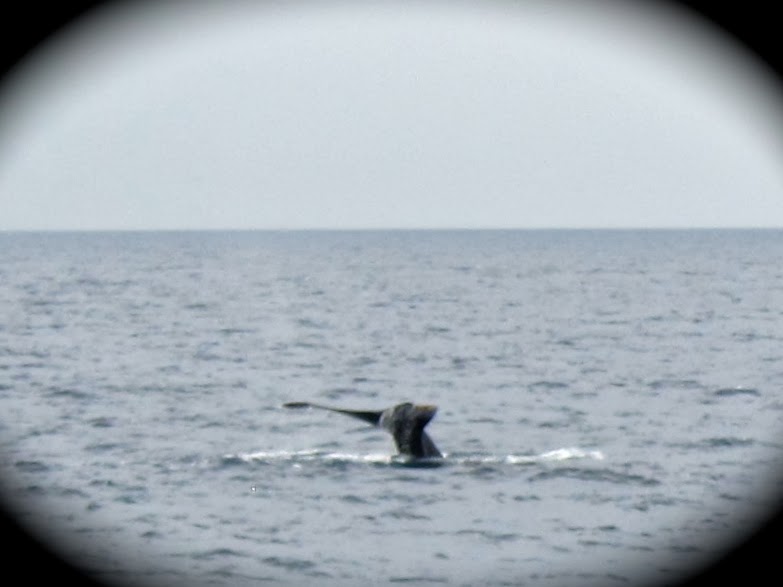