Careful not to step in that...

UPDATE: Whoa, things just got "real".  A woman-owned communications company just published an infographic asking Marissa to reconsider and take a full maternity leave (3 months).  They believe her example is important enough to set the tone for other women who are trying to balance work and motherhood, not to mention showing companies the value of maternity leave.  While I agree her choice is a unorthodox, I'm not sure if anyone should be making requests of her like this.

Marissa Mayer made headlines in the last few days by leaving a Google VP post to assume the CEO mantle at their much-ailing rival Yahoo.  Descriptions of her expertise, ambition, success and iron will filled the columns of articles and blogs everywhere.  As did the fact that she is pregnant and will give birth in October.  Many analysts and observers were trying to not step in the "sexist dookie" by making comments about how her leadership might be diminished by the arrival of the baby by only making a mere footnote mention of the pregnancy.  But others didn't give a "dookie" and are outright questioning her ability to "do it all."  Still others are looking at this as a watershed moment for glass-ceiling breakers everywhere as a lesson on how the BIG girls couple motherhood and career.

It brings up thoughts for me about how women define themselves.  Some women can't imagine life without their careers.  Their primary purpose or identity comes from the work they do.  If they were to stop or change for motherhood, it would devastate them.  (I thought before I had children that I was this kind of woman.)  Others find Motherhood upon it's arrival to be an all-encompassing role that should have no distractions.  If the ability to be completely devoted to the children and the home is possible, then they feel it should most certainly be done.  (But this is actually what happened to me.)  And the rest tend do something in-between where they cut their hours down or take a less challenging job or make some other compromises to balance work and family.

In Marissa's case, she's said she will take just a few weeks for maternity and then go back to work.  This is a shock to some because America is not known for supporting leave (vacation, family or otherwise) compared to other countries but maternity leave is a sacred benefit.  A highly visible female executive refusing most of it could seem like a step backward.  However, if you have spent any time with a newborn, the first 3 months (in my opinion) are the most boring.  The child can't really do anything yet and gives little feedback to indicate that it matters if you or a random stranger is taking care of them.  It's at the late 3 month/4 month mark when things start to get awesome and of course most moms go back to work right at that point.  Cool things like: sleeping through the night, smiles, laughs, recognition, tracking, sounds.... it's a shame really.  You work so damn hard those first months to keep the kid alive and "bond" with them but it's not until this point when the connection really materializes.  So maybe she is maternally clairvoyant and knows what she's doing.  Who's to say that she wouldn't take more of a break later when Yahoo is on it's feet and the kid is more interesting. 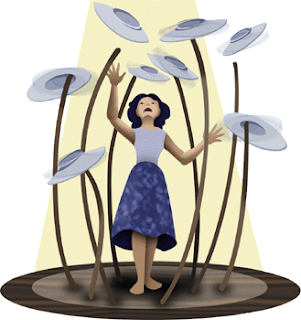 For those of us who have lived through raising a newborn it's hard not to just write off Marissa's situation with a "good luck with all that."  Clearly she will have help.  Lots of hired help.  She's in another league where all that is concerned so she will not be burdened with the same day-to-day stuff that us commoners are.  But the idea of turning around Yahoo's fortunes whilst at the same time riding the roller coaster of post-natal hormones & new mother guilt--well that doesn't sound like a great time.  Talk about pressure.  It harkens me back to what I was told in high school and college: women could have it all if they just worked hard enough, were organized enough and chose the right spouse/partner.  However, I don't think it really meant "Having it all at the same time."  Realistically, for me, being spread too thin means doing nothing well.  To muddle through and feel crappy about all aspects of my life doesn't seem worth doing.  So putting my career aside to focus on my pre-kindergarten-aged kids & household, well it feels like I get to see and experience things no one else will.  I get to see their "firsts," plant the seeds of everyday life lessons and be with them when security and consistency matters the most.  (Though I have heard when they become teens that it's just as important to be around because they are just as if not more so in need of guidance.)  But I'll be honest, it's a leap of faith.  I have heard how stay-at-home types are treated when they want to merge back onto the workforce freeway.  Not well.

I think I was as surprised as anyone when we decided that my staying home with our children would be the direction I took after 12+ years in corporate hi-tech.  I do occasionally feel lonely and a tad intellectually under-stimulated but I take responsibility for that.  There is a whole host of parent groups & activities we can join or engage with during the day and the advent of Facebook/Linked In/Twitter/Google+ have made it inexcusably easy to stay connected to former colleagues, friends (Read: ADULTS) who can share laughs, breaking news or support at all hours.  With blogs, NPR, RSS readers and my husband, there is no reason I can't stay in the know on technology happenings or any other professional interests that I have.  And in writing a blog & articles for parenting publications, I get to synthesize news, ideas and opinion while keeping my analytical and writing skills sharp.


So I guess what I really miss is just the reinforcement of what I do being valued and recognized by the greater society (see comment about trying to get back in the workforce above).  I don't get a paycheck, an expense account, praise from clients, brushes with cutting-edge technology or the satisfaction of "closing deals."  My victories are counted in smaller, almost imperceptible ways and witnessed by very few.  And that adjustment has been the hardest for me because it requires a major restructuring of expectations embedded during years of schooling and work life.  Early in my stay-at-home tenure when Sidney was a newborn and I was just starting to venture out in the car, Ken asked me what I had done that day.  I said, "Bought Post-Its."  Months earlier I would have said something like, "Located the agent responsible for the Twilight license and started negotiations to make a mobile game out of it."  Luckily I have graduated from Post-It procurement to more challenging daily activities but when you have to reinvent your reality as I did going from a working professional to a stay-at-home domestic project manager, it can feel like a never-ending rerun of Groundhog's Day.  So I get why even if you had the option to stay home, some moms just can't make a go of it.


Nevertheless, Marissa's situation has sparked a renewed conversation about the meaning of "having it all." But if anyone knows of some cloning technology that could churn out a few more "me's" I'd be willing to try it her way...
at 7:52 PM

Kali, I think what you are doing is FAAAAAR more challenging than working. I think it is amazing that you did manage to buy Post Its with a newborn, being as sleep deprived as you are at that stage. And I have to disagree about the sleeping thru the nite bit at 3 mos - I actually don't know anyone besides Sidney who did that. ;) Most babies take 6-12 mos, and some longer (S took almost 2 years)!