Amazing View of Banff from Gondola
This is no Alvin
at 9:20 PM No comments:

Everyone was feeling well enough to hop in the van and cruise an hour NW to the crown jewel of the Canadian Rockies also known as Lake Louise. I had heard it was spectacular and it was unlike anything I’ve ever seen. The towering grey peaks reverently surround the basin of turquoise blue water full of glacial mineral sediment. It reminds me of how old the earth is and how what we think of “long time” is really nothing at all when you think about when and how all these peaks and valleys for formed. 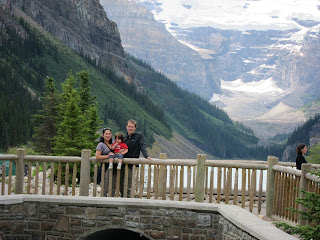 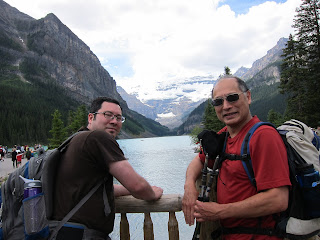 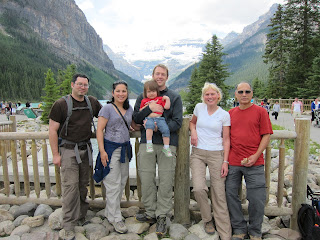 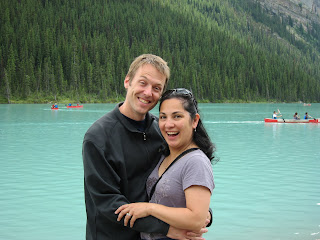 Sidney loved scooping water out of Lake Louise with her ever-present orange cup. Luckily there were slate platforms every now an then along the trail around the lake that allowed you to get right up to the water’s edge without disturbing the plant life or precariously balancing on large rocks around the perimeter. And that cup went everywhere with us. I think it ultimately saw more of the Canadian Rockies than Ken did. 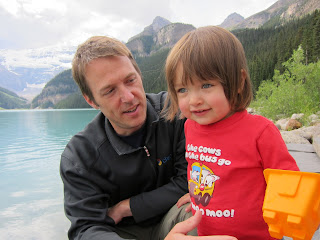 These look like paintings but their not.  They are real, yo. 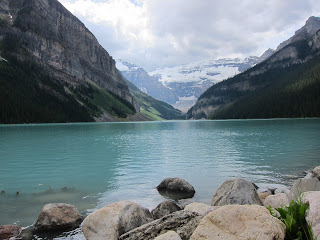 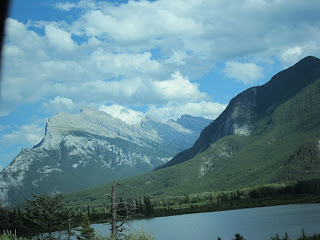 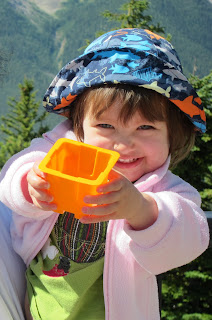 Dear Orange Cup:
I'm not sure how you captured the imagination of my daughter so completely but I hope that you enjoyed our recent trip to the Canadian Rockies.  We certainly saw a lot together, didn't we?  From the heights of the Banff Gondola to the swanky decor of the Fairmont Hotel to the icy cold waters of Lake Louise to the sand & gravel at the Canmore playground--we did it all.  You were even front and center on the airplane to and from Seattle as well as close at hand first thing in the morning to the last thing at night.  It's not every toy that makes it into this echelon of attachment.
It's going to be interesting when Sidney starts co-op next month because, like monkey, you will have to stay in the car for we would never want to lose you but, more importantly, we wouldn't want any one fighting over you since you are truly a "one-girl" cup.  We can tell what's between you and Sidney is special and we will try to support your relationship as best we can.  But as you know, Sidney is young and has many more toys to know and experience so as we remain open to that possibility--we hope you will as well.

Banff was named in 1884 by George Stephen, president of the Canadian Pacific Railway, recalling his birthplace in Banffshire, Scotland. (Wikipedia)  We figured it's 13 kilometers (or 8 miles) up the road from Canmore where we are staying.  We like to be challenged on our vacations and with everything here in the metric system, it's an unending mental conversion exercise when figuring out distance, temperature and liquid measurement.  All of this points out how inefficient our systems are but I still can't judge how fast we're going in kilometers or discern if $1.11 CAD is reasonable for a liter of gas.

The use of the 24 hour clock also creates pause when encountered and the currency conversion is almost (but not quite) 1:1 so when buying something, it really is that expensive.  Sometime during our trip my brother Austin proclaimed, "How inconsiderate of Canada to make us to use foreign currency."  I laughed because soon enough with this economy we're going to be trading in gold or Chinese moon cakes, so Canadian Dollars aren't that bad.  Their money is rather pretty, I must say.

So Banff--yes.  Dad and Anne hiked to the top of Sulphur Mountain while Austin, Sidney and I took the Gondola.  This is one of Sidney's favorite words now: GONE-dol-LA--said with excitement.  We could not have asked for a better day to ride to the top to look at the gorgeous mountains and surrounds. 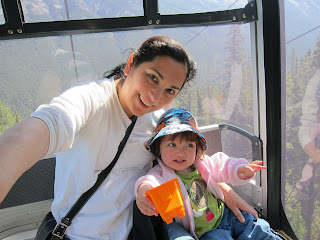 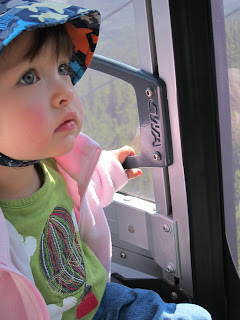 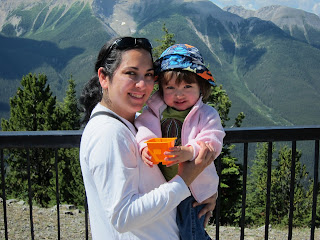 I went despite feeling a little under the weather but not as bad as Ken, who we left behind in bed at the hotel.  It never fails, when Ken and I go on family vacations, one or both of us take ill.  This triply sucks because 1) we finally go on a vacation and can't fully enjoy it 2) the other family members who accompany us are like "see you later, keep the germs" and 3) we finally (finally!) have constant babysitters in our midst but we have no inclination to go out.  Aggh.  Stay tuned for our visit to Lake Louise and more landscape photos in the next installment.
at 9:18 PM No comments:

Ken made the following cinemagraphs in the free time here on vacation. What are cinemagraphs? They are a blend of photography and videography. Being a fan of both mediums I am pleased to see this development but I can see how the purists might freak out. (Click on image to set in motion)

We are on a family vacation in Alberta Canada in the Canmore/Banff region.  Here are my impressions on the day of our arrival.

Be sure to check out my latest article on Red Tricycle about Theater and Shows for Kids in the Seattle area.  I've been compiling information on this one for awhile, waiting for the 2011-2012 seasons to be decided.  Lots of interesting shows coming up!
at 7:49 PM No comments: