Chihuly Museum with Joyce and my Camera

We took Mom and Cindy to the Chihuly Garden and Glass at the beginning of the summer but at that time we didn't get to see the Glasshouse nor did I have a real camera with me (only my smartphone).  So for Ken's birthday, we took Joyce there before we went off to dinner and the comedy show.  This time I came prepared with my camera.  I love the way they light in there--makes for some of the most dramatic photos. 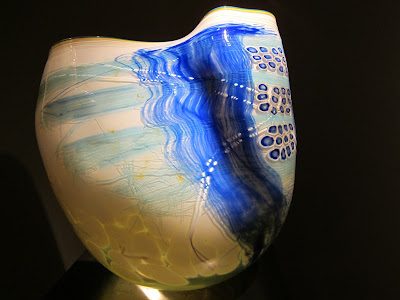 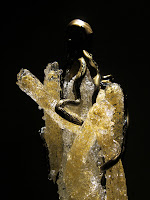 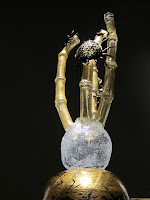 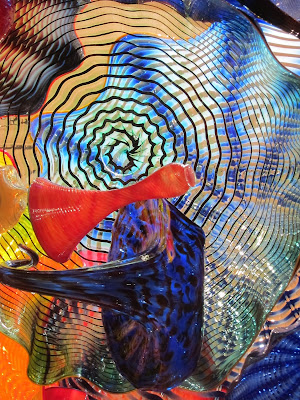 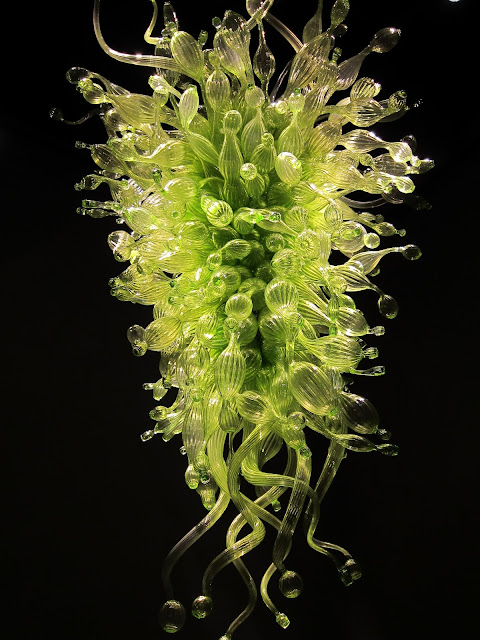 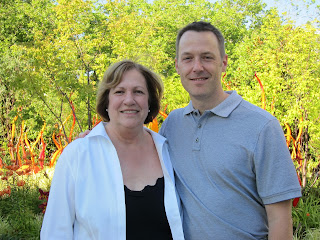 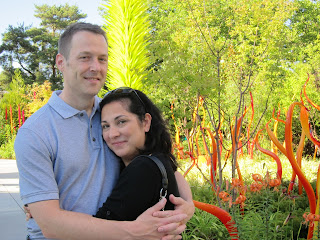 Loving me some giant elk-moose creatures...

Three Basic Truths to Movies in the 'Alien' Canon

***Spoilers below for all movies in the 'Alien' Canon. ***
All this introspection was spawned by our viewing this week of the most recent addition to the canon and prequel of Alien: Prometheus.

The three truths of all 'Alien' movies

1. The Weyland-Yukani Corporation forsakes human life in the pursuit to weaponize the Xenomorph and the company constantly puts it's employees in mortal danger without warning.   The irony is that if they ever successfully acquire and possess a Xenomorph long enough, it will assure the destruction of the human race.  Efforts to thwart this goal continually result in the destruction of expensive spaceships, terraforming installations and synthetic people.  And lots of human casualties.

2. If you are in an Alien film, generally speaking, you will end up dead (exceptions made for cats, shoplifters, wheelchair-bound Frenchmen and Hellboy).  The Xenomorph quite honestly represents death incarnate so it's kind of a one-way ticket.  Even the main character Ellen Ripley (played by Sigorney Weaver) died for about 200 years (Alien 3) then was resurrected (Alien 4).  Therefore, Dr. Shaw, sole human survivor of Prometheus, consider yourself on notice...

3. If you are a synthetic male in an Alien film, you will end up in pieces.  (Look of surprise is optional.)


Alien & Aliens have a special place in my heart.  Back in the mid-eighties after school, Austin and I would come home and pop in our taped-off-of-TV, VCR recording of Aliens.  (It also included non-theatrical, extended scenes with the sentry guns!)  We'd start it from where ever the movie happened to be on the tape and watched it so often that we could quote blocks of dialogue.  It was simply an impressive piece of cinema with first rate drama, action and wicked freaking aliens.

It wasn't until my late teens/early adulthood that I actually watched the original Alien movie.  I felt like I knew the story though since my dad had described the movie to me when I was 12.  Just from him telling it, I experienced the suspense, peril and awesomeness.  So when I got around to actually watching it as an adult, I was blown away.  Unbelievably superb.

But I was crushed by the clusterf**k that was Alien 3.  It was like they looked at the momentum of the first two films and thought, "let's make this the greatest-worst thing ever."   It was horrible.  Horrible to kill off Newt & Hicks within the first 10 minutes of the film.  Horrible to "impregnate" and kill bald Ripley.  Horrible to set it in a penal colony.  Seriously.  I used to hold David Fincher (director) responsible but I have since learned it was studio execs and a wayward production saga that sunk what should have been a third jewel in the Alien crown.

Years passed and just when we thought Ripley was "dead" dead, Alien 4 arrived (or Alien Resurrection as it is actually named).  It was directed by a Frenchman and starred the funny-looking dude from Amelie, Tuco from Breaking Bad, Grima from LOTR, Winona Rider and Ron Pearlman with his gigantic chin.  That was decent casting and really, not a bad story with the resurrection theme (hence the name).  As a bonus, Ripley and the aliens would share some DNA and therefore "understand" each other a bit more.  But the unraveling in movie #3 had done damage and #4's storyline felt like it was trying to make up for that misstep.

I have never seen any of the Alien vs Predator movies and while I hear they tried modestly to keep timelines/canon intact, something went very wrong in the conception and execution of AVP Requiem.   It was so egregious that Ridley Scott completely disregarded anything that happened when formulating his latest addition: Prometheus.  This movie does propose some compelling human Creation ideas and explores the God-complex phenomenon.  Props to Ridley Scott for tackling this because it's definitely a slippery slope.

However this movie also showcases some of the most idiotic decision-making by the most reckless and unscientific scientists I've ever seen.  The movie's abound with unbelievably juvenile interactions and totally unrealistic behavior.  Really?  You guys aren't going to do a s**tload of preparation and put major protocols into practice for interactions with a new (and potentially dangerous) life form?  Oh okay.  I found no reason to root for any of these characters and I started to think they deserved to die terror-stricken at the hands of aliens.

I'm paraphrasing but this is thematically accurate: "Hey everybody, let's take our helmets off.  Contamination?  That's ridiculous. Oh I forgot, we have sensors that can map the inside of this alien place without exposing ourselves to danger.  Yes, let's disturb these urns of ominous black goo which also will kick off a chain-reaction that seals our doom.  Sound good?  Oh and creepy android man, please touch everything and bring contaminated s**t back to the ship secretly.  That won't be a problem, will it, undead Weyland?"  Ken and I were having a hard time controlling the amount of talking back to the screen while we watched this movie.  Good thing we were at home.

I found THIS entertaining YouTube video that addresses many of the questions posed by Prometheus.  Building a Better Tomorrow.