News not normally this busy...

[Note: This was supposed to go up yesterday but I got distracted by world events and decided to watch news coverage.  But it enables me to include today's activities for one complete post.]

The state motto: "With God All Things Are Possible."
The state bird: the cardinal (of which we have seen many).
The state beverage: tomato juice.
The state rock song (the only state that has one): "Hang on Sloopy" by The McCoys (1965).
And oh yes and something about Buckeyes...

We've been visiting my friend Anne who was one of my roommates during my college year in London in the mid-90's.  She was the first person I met the day I arrived there and we've been good friends ever since.  Ken and I were thrilled to meet her young sons, Daniel & Evan, and for all of them to meet Miss Sidney.  We have not seen Anne since she was pregnant with Evan during the "Kali ruined fish for Anne forever by frying it in the house" visit to Seattle in September 2007.  But I digress.

Friday we visited the very impressive Franklin Park Conservatory.  It is full of beautiful plants mingled with glass Chihuly artwork (yes, we came all the way to Columbus to see a local Seattle-area artist's work).  They also have a tropical butterfly house, resident macaw parrots and an amazing, light-filled structure that houses all of it. A fun outing for adults and kids. 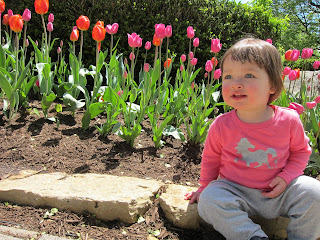 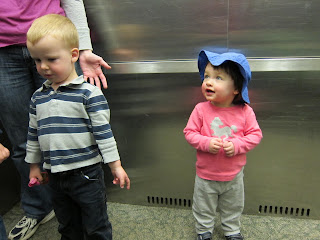 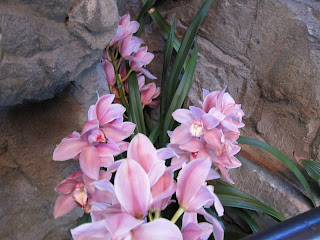 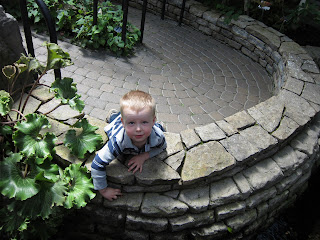 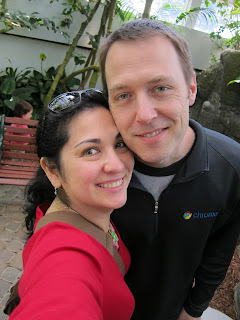 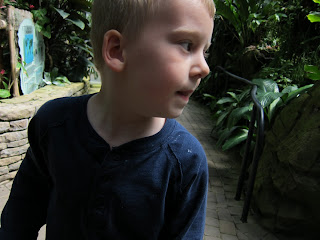 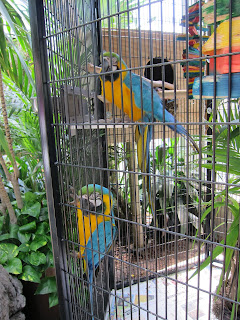 Macaw Parrots (the voice you're hearing is their handler) 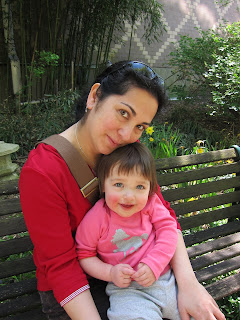 Friday night we were "treated" to hotel neighbors who were drunk and unruly.  And surprise, they were parent chaperones for a boys' soccer team who were in the area for a weekend tournament.  Ken had to say something in person at 10 pm then we had to call the front desk around Midnight as things spun up again.  These people are parents, so what about "we have a baby who is sleeping" do you not understand?  And then Saturday night they were slamming the door repeatedly around 10:30 pm and when I opened our door and stared incredulously across the breezeway, they claimed that there was a mechanical malfunction on the door latch.  So, you need to keep slamming the door to affirm that?  I told them to keep it down and we called the front desk again but they were telling truth.  I have dubbed them "hoteligans" an equal menace to football hooligans.

The next day (Saturday) we visited some of the parks that Anne has had a hand in maintaining and improving.  It was lovely.  At the first one there was a windmill and a solar cell installation along with a cool playground.  But Sidney was mostly impressed with picking flowers and doing summersaults on the lawn with Daddy. 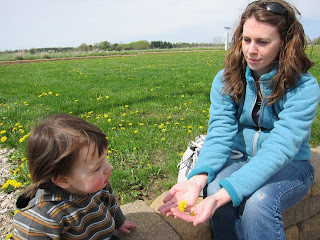 This park was hidden right off a main highway with houses and a school abutting it.  What a wonderful surprise to see a wooded area with a waterfall. 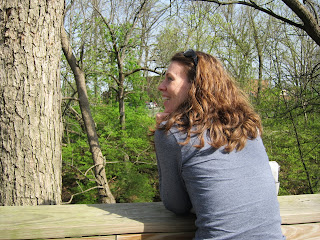 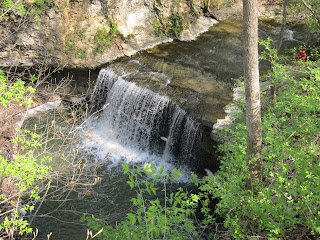 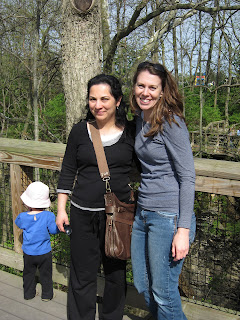 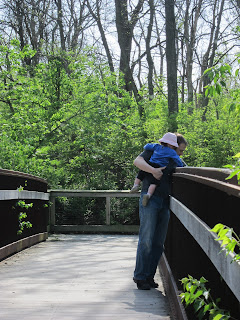 We enjoyed sushi (!) later in the evening.  Note: there was no slabs of fresh raw fish so it was really just rolls of cooked seafood.  (That's "sushi"to me.)  Blasphemy--I know--I'll have to relinquish my Japanese heritage card when I return to Seattle.  Also we've been sampling more ice cream on this trip than we eat in a year.  They have some good stuff including Jeni's Splendid Ice Creams.  Check the flavors, yo.  Crazy.
Sunday, the weather reminded us of the dreary NW with all the rain.  So we decided to go shopping.  Anne needed a few things for her apartment and I never tire of looking for toddler clothes on sale.
This is just a little fun Ken had at the local mall.
Granite Sphere

Monday we took a break from the Columbus area and visited Pamela, a friend of Ken's who lives in Willoughby Hills near Cleveland.  Pamela is deaf so Ken and I got a little refresher on our ASL(American Sign Language).  Ken is much more skilled, I just threw around the baby signs we learned recently and hoped for the best.   We enjoyed hanging out at her home, having lunch and talking with her dad.  Sidney really enjoyed playing with the two small dogs (not pictured) and finding all the remote controls scattered about the house.  Lovely time. 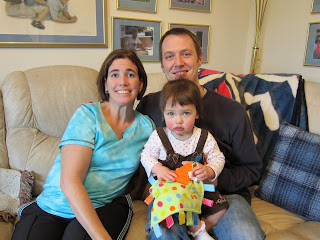 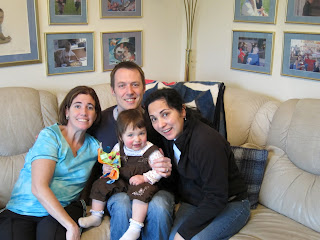 And upon our return to Columbus, on our final evening in Ohio, we ate at Graffiti Burger with Anne and the boys.  Great burgers, fries and shakes.  It was fun to see Sidney try and feed the boys french fries then pull them back at the last minute.  Uh-oh. 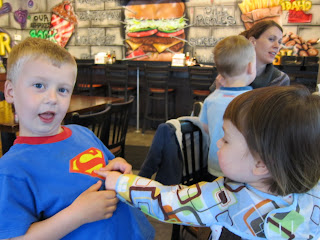 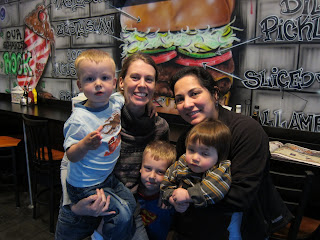 A very full visit here in Ohio with lots of adventures and great friends.  Bring on Virginia.
at 8:20 PM 1 comment: