Island in the Sun

Maiden outing of the GoPro Camera. Not bad. Not bad at all. 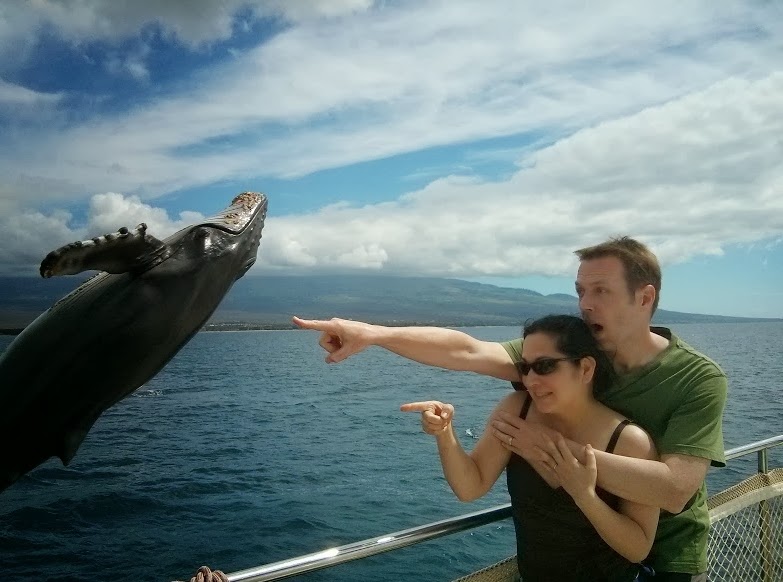 I'm so excited!  This is a piece I've been wanting to write for a long time and finally I had the chance to bring it to life for ParentMap this month.  It originally started back in October as a short article about how contemporary parents who grew up as geeks in the 80's have spread that love and appreciation to their kids.  But when I pitched it, my editor got super excited about developing it a little more. It now includes how kids/teens now have embraced Geekdom and how it's become such a source of unbridled pride and identity.  I personally think one of the big differences is the Internet.  It's really amazing to see how it's linked people together in a good way. Despite some of the scary aspects of the world wide web there is this ability to assemble your tribe and not feel so alone as a geeky kid if you don't happen to have like-minded individuals in your school or immediate vicinity.

As a bonus, they made my story the cover/feature for the February print issue.  This growing-up geek story is titled "Geek Love" in the magazine.  I'm really proud of it and excited to start 2014 with a bang.
(Click the link in the sidebar or on the image below) 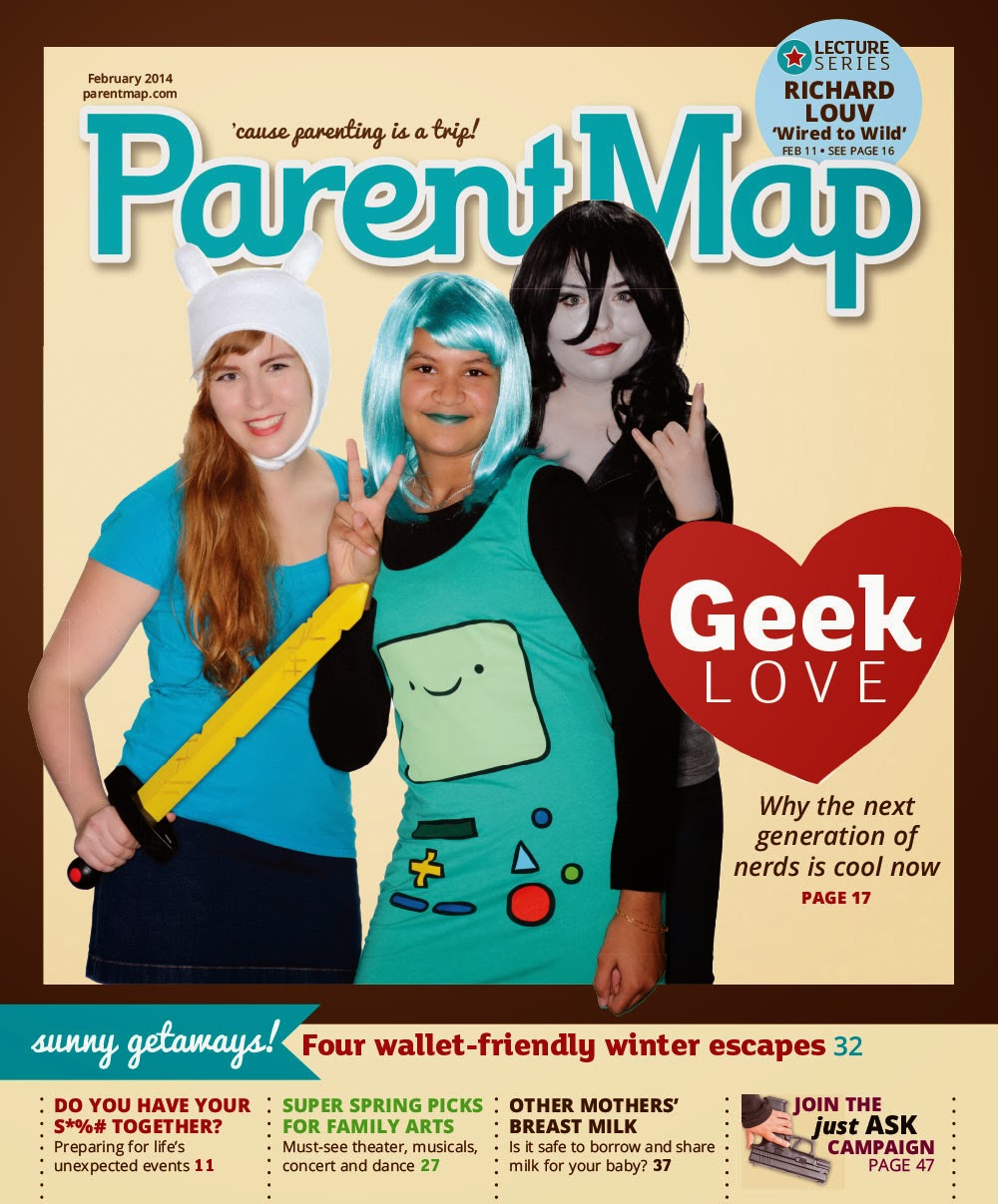 How 'bout them apples? The city of Seattle is beside itself after the rare event that one of its teams not just won but dominated a world championship sporting contest.  Admittedly, it felt so righteous to be on the dishing side of a monumental walloping.  Most definitely I give homage to the true fans who live and breathe the ups and downs of the team and commit to it on a very deep level. I understand this commitment as seen through my grandpa and dad where the WSU Cougs are concerned.  As the years tick by, a connection to a team can sometimes become so engrained that you wonder if you ever had a choice in the matter.

However I can't begin to say how thankful I am to have married a man who does not devote his weekends to sports.  As if nothing could be more normal, like Joe Namath in a full length fur coat, my husband only starts taking an interest in Seahawks football during playoff time. It's at this point he also begins using the pronoun "we" when referring to the Seahawks team.  This is not a slight to him but more of an observation that he genuinely feels that inclusiveness. But from my vantage, we have not burned the hours in front of the TV or expended the emotional capital to earn that "we."

Because, once an emotional connection is made to a team, it is hard to go back.  It's why I can only stand to attend one live game of WSU's per season and why I only track their scores during other games or watch highlights after the fact.  I just can't take it.  A team like WSU carries some psychological baggage that foils it's own success and swagger at times.  I think it's human to relate to that and hope to one day prevail.  But I seriously get anxious watching their games.  The Seahawks though are a totally different story as evidenced by last night's lopsided score and just looking at the face of Peyton Manning.  The larger "drama" of the game keeps football interesting and NFL Films knows that.  They keep their fingers firmly affixed to the nostalgia button and emotion switch. Slow motion music swells, stuff like that.  NFL Films, quit making me feel things!

Don't get me wrong, I am happy for the devoted fans and for my town. It's nice. It's all anyone can talk about.  It's something that brings us together.  On several phone calls this past week to people I didn't know previously, the conversation ended with their valediction, "Go Hawks!" I mean, that's something. But I also feel a bit of a hypocrite when I reflect on how macho, violent and injurious the sport has become. I wish the players wouldn't hit so hard, I wish they wouldn't hurt each other so badly, and I wish the spectacle surrounding football didn't promote such a culture of boorishness.  It's nearly impossible to have it both ways: reveling in the victory yet having moral objections to the game itself. So I find myself of two minds and it's a weird place to be when the afterglow and civic pride is shining, for once, in Seattle.
at 3:42 PM No comments: