The Power of Merchandising

Is it weird that my kids know "Tauntaun," "R2D2," "Obi-Wan Kenobi," "Darth Vader," "Bantha," "Yoda" and "Tie Fighter" are all Star Wars things but have never seen the movie and don't know anything about the story upon which they are based? Since Monsters Inc still freaks Sidney out, we've got a long way to go before we do a Star Wars screening... 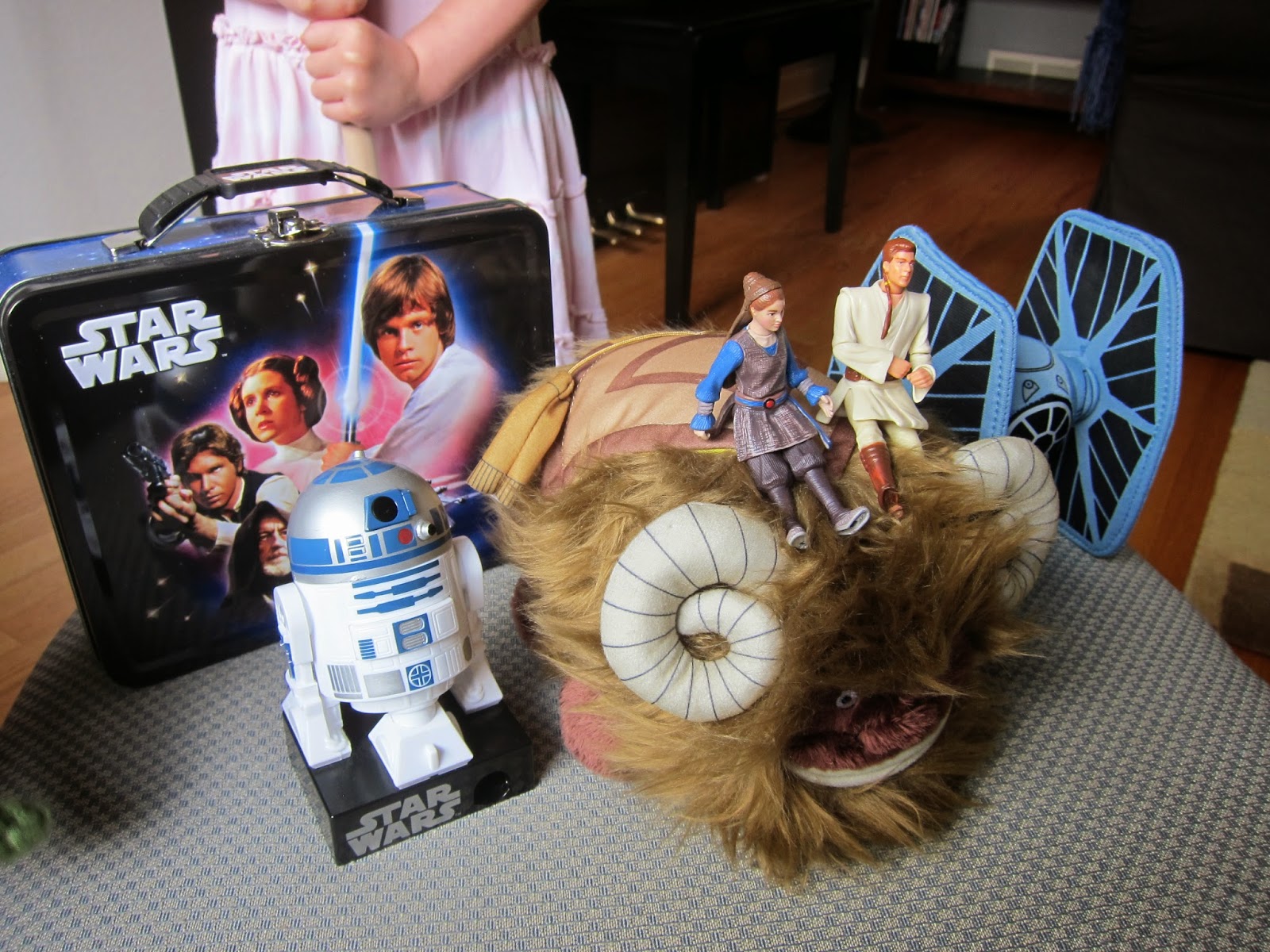 But the power of merchandising is alive and well!

As heard from the backset:

Part 1
Sidney: "Calvin, give me back my doll! (Whining) He's the closest thing to Prince Phillip that I haaaave!
Me: "Sid, he's not a doll, he's an action figure and he's actually mine. I lent you and Calvin my action figures to play with but their not 'yours'."
Sidney: "You should give them to us to keep."
Me: "Not if you're going to fight over them."
Sidney: "What's this action figure's name?"
Me: "Obi-Wan Kenobi"

Some words about the Seattle Pacific University Shooting

I remember a few years ago when my brother-in-law (whom I don't align with politically but still respect) was arguing against financial regulation or universal healthcare or something; I even think the term "bootstrapping" came up. He grumbled about the direction the country was taking. I allowed his well-articulated but unconvincing arguments to wash over me. My blood pressure began to rise because he just didn't get my perspective.

Of course, I agreed that no one wants to be taken advantage of, no one wants their taxes wasted, no one wants their rights compromised. But after several minutes of hearing how everyone in this country should be completely self-made and how the new administration was ruining everything--I had finally heard enough. "You know what," I said, "As a parent, I can't afford to be so cynical about the state of things. I have to believe that the positives outweigh the negatives. Because if I don't, then what the hell have I done bringing a child into this world?"

Flash forward to last Thursday and the shooting at Seattle Pacific University. As if sensing my deepest fears, Anna Minard of The Stranger wrote a phenomenal response to the incident that made me seriously pause.  She said:


"This is your country. This is the world we have built. And we should start really coming to terms with that."

She described a defeated acceptance of a world in which mass shootings are expected and prepared for with the inevitability of a natural disaster--except that they are anything but natural. The 'leave-everyone-to-their-own-devices-and-everything-will-be-fine' and the "infallibility" of the 2nd Amendment sickens me whenever there's a shooting like this. No one in power has done a damn thing about guns after all the other incidents of carnage. So maybe it's what we deserve for letting the NRA hijack our political system.  And I was reminded of my spirited debate with my brother-in-law but it was my turn to play the cynic.

This gun problem we have in America--it defines us now. It's a standout feature of our culture. And yes, mental illness is to blame as the instigating factor for the SPU shooting. Absolutely, yes.  But the guns. The access to guns. This Mother Jones piece on 10 Myths about Guns, so simple to understand, made me furious with knowledge: for instance, states with higher gun ownership have higher numbers of gun deaths per capita--not surprising. And the adage that "good guys with guns can stop bad guys with guns"? Well, the number of armed civilians that have stopped a mass shooting is a big fat zero.

Otto Miller Hall on the Seattle Pacific University campus is where I used to attend monthly children's writing meetings and where I met my dear friend Sarah for the first time. It was also where I've mingled while eating appetizers, workshopped new children's story ideas and laughed with other struggling writers.  But now the carpet has bloodstains...

After this and the long spate of shooting incidents, a rarely-accessed, indignant part of me just wanted to gather up my family, play the isolationist/protectionist card and leave the country. But then I took a breath and "bootstrapped" my attitude.  Because there are people in the world like fellow ParentMap writer, Rory Graves, who have experienced intense personal anguish due to guns but turned it into positive, productive action. So as a parent and someone with a voice, there is absolutely no room for me to have a pity party or accept that things can't be made better.  No room at all.
at 9:36 PM 1 comment: