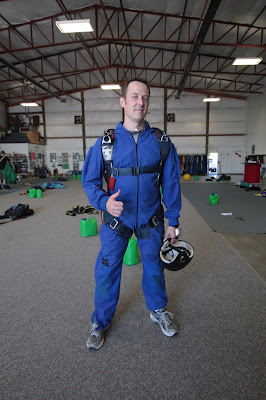 So he tells me this is it and he's gotten it out of his system...for now.  But all this talking about skydiving has intrigued Sidney who wants to go with her dad when she's 18.  Fantastic (sigh).
at 11:16 PM

Amazing footage!
Ken, you dare devil.
Can only imagine the exhilaration of doing this.
And Kali, you're still a great cheerleader!
Love, Mom